Taita Hills in the middle of the Tsavo plains and Tsavo national parks.

The Taita Hills (03 25’ S and 38 20’ E)  has a topography ranging from 700 m to 2208 m.a.s.l. The Taita Taveta County comprises of two distinct topographical areas: Tsavo Plains, at an altitude of 400 in the east to 1000 m.a.s.l. in the west, and the mountainous Taita Hills at 1200-2200 m.a.s.l. Several inselbergs characterize the lowlands, the highest being Kasigau mountain reaching 1600 m and hosting 3 square km of intact mountain cloud forest. The highest peak in the Taita Hills is Vuria (2208 m), but several peaks between 1600 and 2200 m with indigenous or exotic forest cover or bare gneiss rock characterize the landscape. Indigenous mountain rain forest fragments on the hills accommodate a variety of endemic and threatened flora and fauna not recognizable elsewhere in Africa.  These ancient Precambrian hills belonging to the Eastern Arc mountain chain are classified as one of the world’s 34 most important biodiversity hotspots. 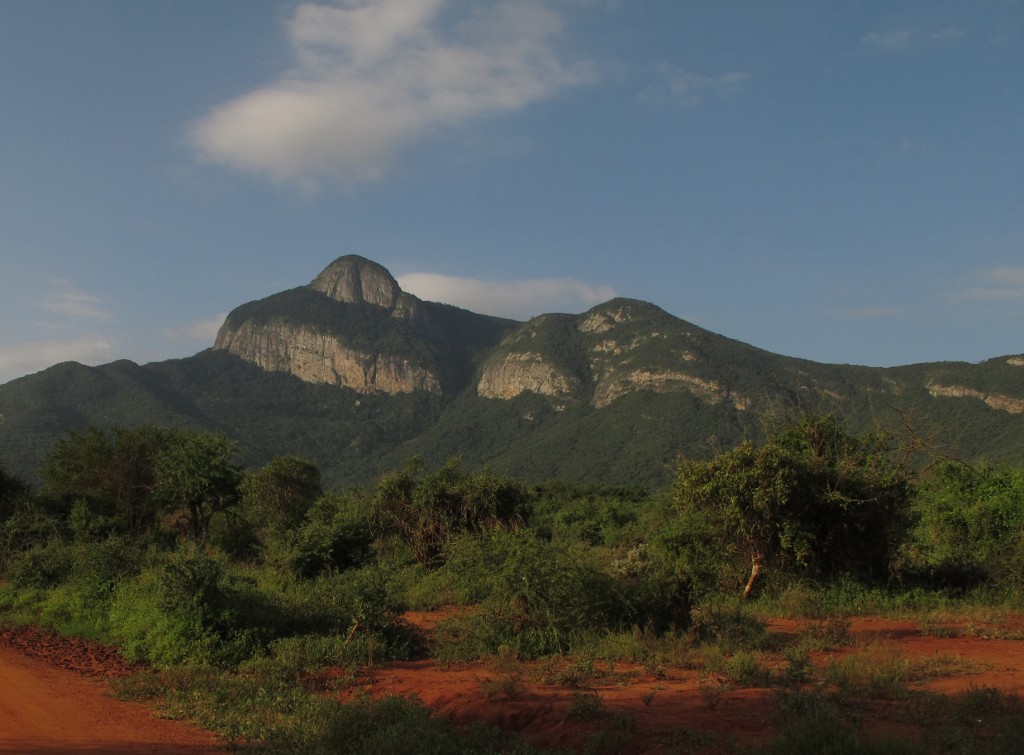 Most of the forests in the Taita Hills have been under the management of Taita County Council, but it is proposed in the Kenya Forest Policy 2005 that all major forests should be gazetted in order to enable better conservation efforts. The policy also proposes decentralization and launching of Participatory Forest Management.

The main basis of the living in the highlands is intensive agriculture, which is the main source of livelihood for 78% of people in the district. It includes small-scale farming for subsistence purposes and has been the main reason for forest clearance. Simultaneously, exotic forest of eucalyptus, pine and cypress has been planted on rocky and barren land lands. 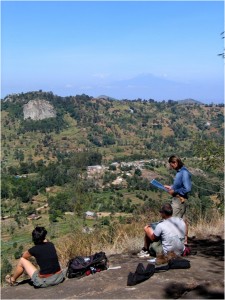 Researchers on the gneissic bedrock. Intensively cultivated agricultural fields of the central parts of the hills and Kilimanjaro in the background (Photo: P. Pellikka, 2006).

The population has doubled within 30 years and the highest growth rates are reported among the younger age groups. The pressure on land also results in increased human-wildlife conflicts as well as land use disputes between farmers and managers of sisal plantations and national parks. The unemployment rate is high, about 44% of the total labor force. 62% of the District area is national park, thus protected.

The laws governing the forest resources and the strengthening of Christianity have changed the relations between local people and the forests during the history. Most of the Taita people are Christians nowadays. Traditional land tenure system classified land as cultivated and uncultivated.  They set aside forest areas, which they respected because those places were used in various traditional ceremonies. Some of these sacred groves still exist in the area treasuring indigenous plant and animal species.