There are many excellent handbooks on the philosophy of the social sciences out there. So who needs another one? Perhaps no one, at least not now. In this post, Michiru Nagatsu and Attilia Ruzzene explain why they prepared another handbook,  Contemporary Philosophy and Social Science: An Interdisciplinary Dialogue, and why this is different.

Michiru. At some point in 2014, Bloomsbury asked me to edit a handbook of Philosophy of Social Sciences (PoSS). This was very tempting. Particularly because I knew their high quality Companion to the Philosophy of Science (French and Saatsi (eds.) 2014), to which our TINT colleagues Caterina and Jaakko contributed a chapter on philosophy of economics. So, I was excited by the offer. But at the same time I couldn’t see myself producing yet another companion to PoSS, since there were already many.

There was also a practical problem. Philosophy of social science is not a huge field after all. There is a limited amount of people who can contribute to handbooks and it seemed to me that existing handbooks exhausted most of the possible combinations of those people. Moreover, I could not see them getting excited about writing yet another chapter for a handbook. This did not seem right. 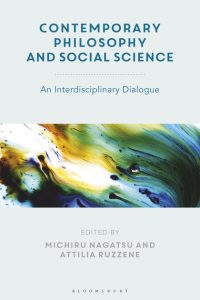 So, preparing one more of the same stuff was not an option. So, I thought: what would happen if I do something more ambitious and experimental? A more dynamic, more interactive, and up-to-date book. This was an attractive thought, but then I remembered having reviewed C. Mantzavinos’s book on philosophy of social science. It is organized as a dialogue between philosophers and social scientists: philosopher writes a chapter and the social scientist comments on it. This was an excellent idea, but it is already done.

After a while, I started thinking this could in fact be a good idea, but I needed to check this. So, I told about it to Attilia Ruzzene, who was visiting Helsinki for a TINT workshop. I think we were on a bus near the railway station. She also thought that this was a good idea. She was even excited about the project! We decided to do it together.

Attilia. I remember that day! We were in fact standing at the bus stop by the Helsinki train station and chatting about the seeming irrelevance of what we were doing as philosophers of (social) science. I think, at that point, we were both “grown up” enough to stop romanticizing about how much of an impact philosophy could have on the sciences and the real world; but at the core we were still too reluctant to give up entirely on the ideal of striving for relevance. I think this sense of discomfort, this tension inside, gave steam to the project, particularly to this idea of having the scholars from the social sciences talk first.

All in all, it was a good idea, but it was also risky! But I was excited to be a part of this project.

Michiru. Attilia, in retrospect I think having you on board was a key to the success — or at least the completion — of the project. Especially because of your  complementary expertise in political science and other areas of philosophy of social science I am less familiar with. Of course, also because I desperately needed a collaborator for this semi-big project involving 25 authors and their coordinated voluntary contributions.

If you think about it, large collected volumes can be conceived of as weakest-link games, from a game-theoretical perspective. A weakest-link game is a coordination game in which the last contributor determines the book’s publication date. The Nash equilibrium of such a game is not socially optimal. Thus, from the perspective of non-cooperative game theory, an essential skill for the editors is to be able to turn this game into something different as a choreographer. But, this is a non-cooperative game-theoretic way of looking at the collected volumes and it is not always the right way of looking at it. Or, so I learned during the project. In fact, I was amazed by the generosity and enthusiasm of the involved researchers, and their cooperative nature. This experience — and I think I can talk for Attilia here too — restored our excitement about doing philosophy of social science, despite our doubts about its practical relevance! Knowing that there are excellent people who care about what you care about gives you a strong intrinsic motivation.

Attilia. True, but that intrinsic motivation was not enough to finish the project. So, we decided to force ourselves to finish it, by spending a few days together in Venice to write up the preface and the introduction. Well, I think I owe you the full scene here… Here you go! 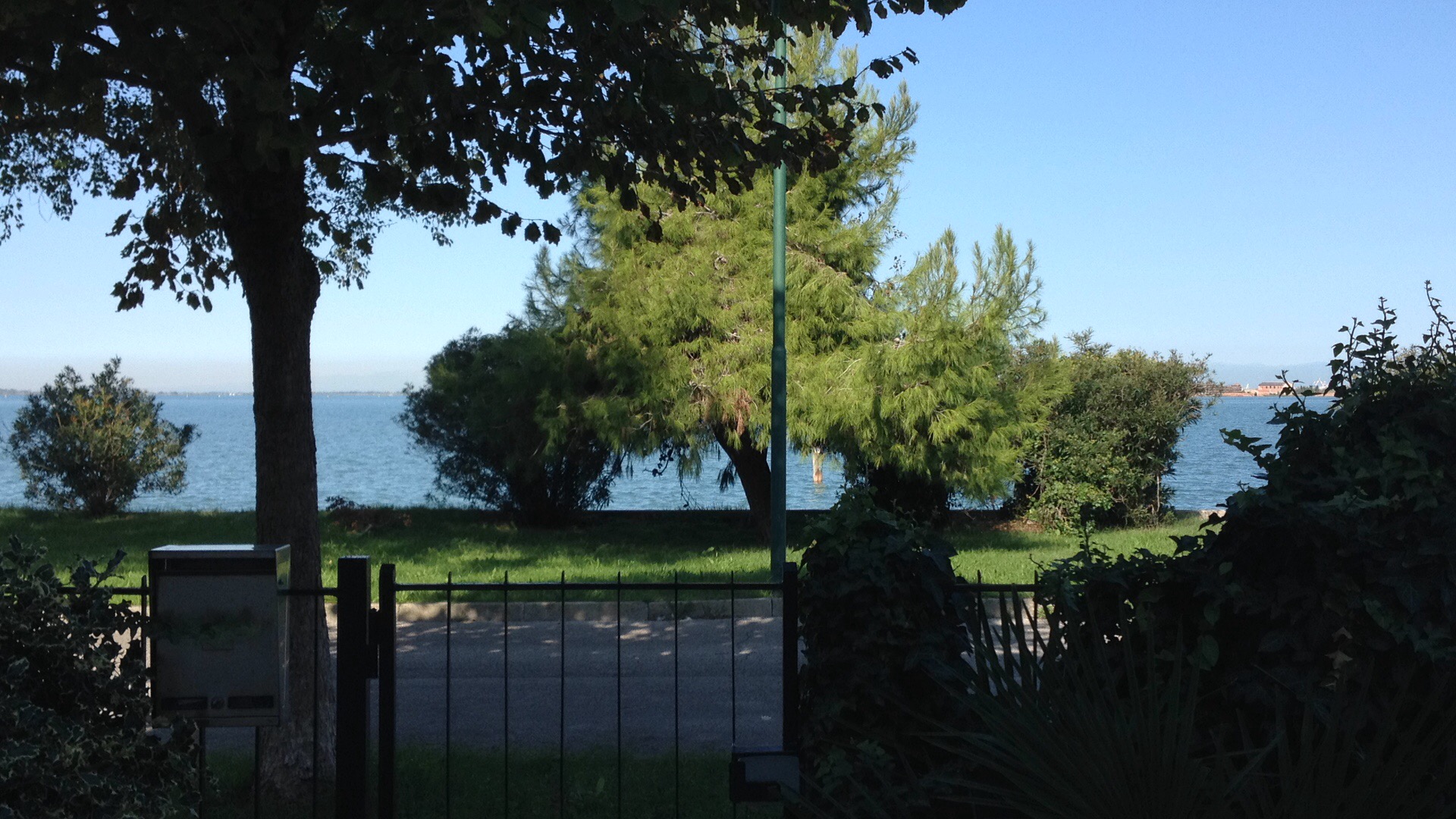 My uncle has this beautiful house in Lido facing the lagoon and the San Marco Basin. So, working on the project in this beautiful place I felt a bit like Thomas Mann writing Death in Venice (Michiru does not know this secret fantasy of mine). Anyways, it was really a beautiful set-up for reflecting on and finalizing the project.

Enough with the scene! What did we write then? In the brief introduction we explained why we came up with this idea and why the final output looked the way it did. After all, you have to publish the process and the result of an experiment, right? So we summarized our project in the IMRAD (Introduction, Method, Results, and Discussion) template from experimental psychology. We wanted to be as open as possible about the whole process.

Now if I can be even a bit more open, the output is as a book more heterogeneous or less integrated than we envisioned initially. Maybe we can look at the final output like a patchwork rather than, I don’t know, a piece of figurative art. So, you don’t see any neat profile therein, you cannot spot out any clear shape but it all together feels pleasant, like patchworks generally do. You know that where you paint red there could also be purple, but it does not matter that much in the end, provided that there is some harmony coming out from the polyphony and if you look very attentively, maybe you can even spot out a shape, a shape you haven’t seen before…

Michiru. You are very poetic, Attilia! But to convince people to buy this rather expensive piece of art, now I feel compelled to outline a figure in more traditional and concrete terms. 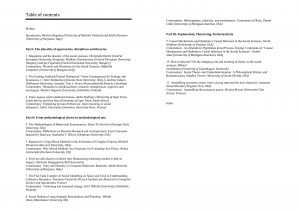 Michiru. Ok. It is a patchwork that consists of three parts. The first part is called, “The Plurality of Approaches, Disciplines, and Theories”. It discusses how approaches, disciplines, and theories are related to each other in the social sciences.

Philosophical issues discussed include pluralism, interdisciplinarity, and theory choice. Cases are drawn from psychology, rational choice, network science, ecology, economics, and game theory. The second part is called, “From Methodological Choice to Methodological Mix”. It discusses methodological innovations in social science. Cases include a novel use of statistics for behavioral economics, mixing evidence-gathering methods in policy evaluation, and the use of hermeneutics for business. And the final part, “Explanation, Theorizing, Performativity”, discusses different roles of theory and theorizing in social science. Topics in this section include the relations between theory and causal inference, the theoretical and the empirical, and how theory affects social reality. The cases come from process-tracing in political science, social theory in sociology, and the formation of economic agents in a new electricity market. I hope the figure is clear enough now!

Attilia. I think so, but I should note that there is more information on the books’ website.

Michiru. Finally, we would like to thank again other TINTers who supported this project in various ways. Attilia and I could meet and discuss this project through a TINT-funded event, and many members volunteered as reviewers of the chapters. They are the unsung heroes of the project.

She is currently involved in two major projects: the study of the micro-foundations of entrepreneurial phenomena in a causal-mechanistic perspective; and the visual and multimodal analysis of organizational phenomena such as identity formation, change and tensions. Her research interests also include the use of qualitative approaches to the study of socio-political phenomena, in particular case study research and methods.

Michiru Nagatsu is associate professor of the methodologies of inter- and transdisciplinary sustainability science at Helsinki Institute of Sustainability Science (HELSUS) and Practical Philosophy, Faculty of Social Sciences, University of Helsinki. He has been a member of TINT since 2013. He studied law and public policy in Tokyo (BL, University of Tokyo 2001; MA, University of Tokyo 2003), and philosophy in London (MSc, London School of Economics and Political Science 2004) and Exeter (PhD, University of Exeter 2009). Before moving to Helsinki he was a postdoc in Manchester (2009-2010) and Tallinn (2011-2012).