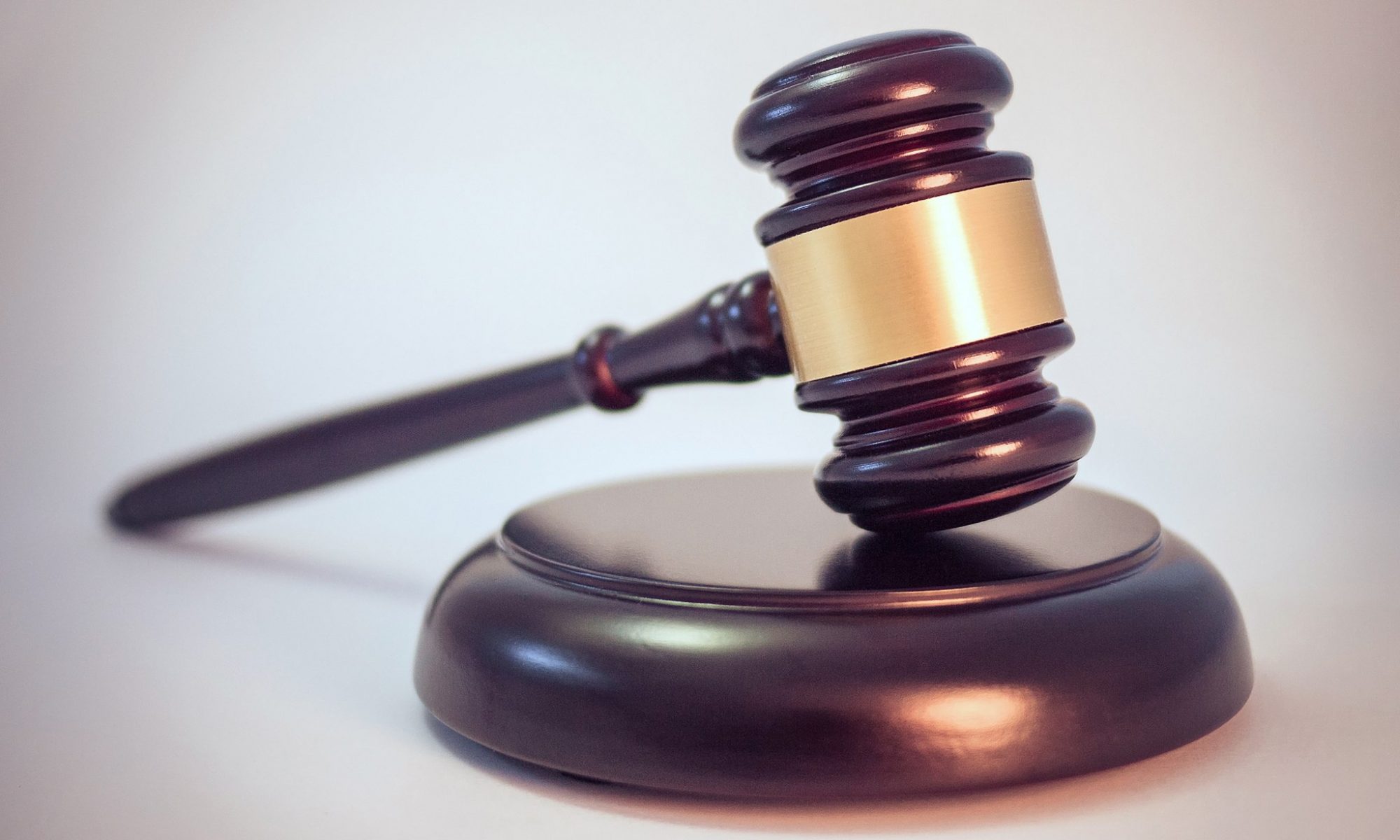 Péter Cserne and Magdalena Małecka tell us how their book Law and Economics as Interdisciplinary Practice came to be and give an overview on what kind of issues the book tackles. They discuss the position of Law and Economics at a time when questions are raised about the identity and possible further developments of the research project.

Law and Economics is the poster child of interdisciplinary research in the social sciences. Since the 1970s, Law and Economics scholars have formed several associations, published half a dozen journals, and organised entire specialised programmes in economic analysis of the law. They developed a shared terminology and came to agree, at least implicitly, that standard microeconomic models provide better explanations of how law impacts behaviour than any other social scientific studies of the law and legal systems.

To be sure, this aspiration of economic analysis of law faces criticism and is sometimes conceived of as imperialistic. Critics claim that Law and Economics provides a rather limited understanding of the law. They also think that it violates some norms of academic practice because it does not respond to scholarly criticism according to commonly shared standards. It is in fact true that there is an asymmetry in the interaction of economics and law, which might be conceived of as being problematic in either an epistemic or an institutional sense. The question is, what does Law and Economics owe its success to? Is it successful because of its epistemic power or the institutional power of its proponents?

With this question in mind, more than two years ago, we started thinking about organizing a workshop on Law and Economics. Even though Law and Economics had already been discussed from many theoretical angles we knew that a perspective of the contemporary philosophy of science is still missing. So, we thought, this must be a focal point of the workshop.

As we kept on discussing the workshop’s idea, it became clear to us very quickly that the debates on interdisciplinarity in philosophy of science can shed new light on continuing and nascent doubts about both the coherence and the future of Law and Economics, raised from the inside of this field. Hence, we jotted down the following questions: Is the behavioural model underlying standard Law and Economics limited or superseded by empirical findings and insights from cognitive psychology? Have efficiency and welfare maximisation really managed to replace values such as justice and rights in evaluating the law? Are they still considered superior to other consequentialist evaluative standards such as innovation and growth? How are empirical or theoretical generalisations of economics relevant for and channelled into the core of legal discourse which typically focuses on particularities of individual transactions and disputes?

The workshop, Law and Economics: Theoretical and Practical Dimensions of Interdisciplinarity, took place at the University of Helsinki in November 2017. The event was organised by TINT – Centre for Philosophy of Social Science of the University of Helsinki and MetaLawEcon, an interdisciplinary academic network of legal scholars, philosophers, economists and other social scientists focusing on foundational issues of Law & Economics. 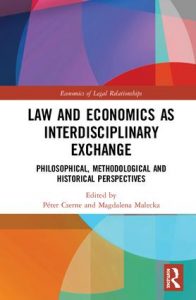 It was a very productive event, and the contributions to the workshop encouraged us to share the results with others in the form of a book. So, we edited a book which contains some papers from our workshop together with a few additional contributions.

In sum, the book provides insights on the foundations, methods, achievements and challenges of Law and Economics, at a time when both the continuing criticism of academic economics and the growth of empirical legal studies raise questions about the identity and possible further developments of this research project.

In the book, the authors address three key issues which are pertinent for judging whether Law and Economics is indeed a successful interdisciplinary research project.

1. In what sense can we characterise Law and Economics as a scientific enterprise and how can we locate it within the broader set of possible interactions of the two disciplines? 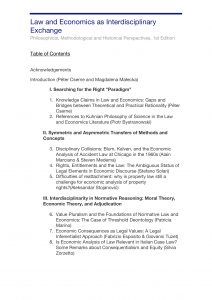 2. Which transfers of concepts and methods from economics to legal scholarship have features of symmetric exchanges and which are asymmetrical, and why?

3. In which ways are different kinds of normative reasoning relevant for legal practice informed by economic theory and what are the tensions between them?

These are challenging questions and the authors do not provide easy answers. Nevertheless, they provide the reader with a lot of rich material and original analysis that (we hope) will carry the debates concerning Law and Economics forward and provide a better understanding of the challenges.

If you are interested in exploring the book further, the link to purchasing options is available here.