The next few days will be quite hectic, with my first-ever visit to Ireland. Tomorrow I’ll be in Limerick for a meeting with people from the European COST Action “Writing Urban Places“, with work on the interstices of literary studies, architecture, and planning. Thursday and Friday 12-13 December I’ll participate in the conference “(Un)Fair Cities: Equity, Ideology and Utopia in Urban Texts”. The conference is the second ALUS conference (the fourth, if we include the previous HLCN conferences), and the first international conference of the Association for Literary Urban Studies. The conference is organized in collaboration with the Ralahine Centre for Utopian Studies.

Very much looking forward to the wide range of topics at the conference, which promises to be an intense but also cozy and reasonably small-scale gathering of literary urban studies and utopia scholars. Looking forward, in particular, to the keynote by Caroline Edwards, “The other city, the city of dreams: Literary Utopias and Literary Utopianism” 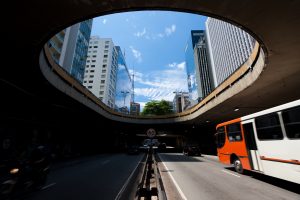 I’ll present a paper on “Peopling the Future Fair City: Affordances of Literary Fiction, Planning and Policy”, part of my research project at TIAS.

“Narrated future visions of (un)fair cities are about putting in place meaningful storyworlds (or cityworlds), with distinct spatial, temporal, moral, social, linguistic, and metaphoric dimensions and guided by their own modalities. But as important is the way in which these storyworlds are peopled in a way that gives readers of such future visions access to the qualia – the ’how it feels like’ – and to situated agency.

This paper draws on Adam and Groves’ Future Matters (2007), in which the authors warn against an “emptying of the future” (ibid., 2), in a bid to consider how different textual genres envision and people the future fair city. It aims to examine the affordances of literary fiction, urban planning, and policy, for imagining fair future cities, and the possibilities to act towards fair futures. Drawing on recent examples from New York City’s planning and literary fiction, I will argue that literary fiction is geared more toward embedding and embodying moral dilemmas, while planning and policy texts tend to focus on embedding decisions. However, the increasing use of non-fictional elements (reportage, lists, scientific detail) in future fiction, and the increasing use of fictional elements (fictional characters, personal experiences) blurs such clear-cut distinctions.”

Thanks for everyone at the Ralahine Centre, in particular Michael G. Kelly and Mariano Paz for the inspiring collaboration and for all the good work on the practical issues.

More on the conference:

(Un)Fair Cities. Equity, Ideology and Utopia in Urban Texts seeks to explore relations between the urban and the utopian, as manifested and explored in literary and cultural practice understood broadly,along another strand of the utopian problematic: that of the complex relations of the utopian and the ideological. These can be understood as antagonistic, with utopian departures challenging and undermining dominant ideological structures, of which the city is both producer and product. But they may also be analysed as dialectically conjoined, whereby utopian projections or disruptions form the basis upon which ideological reformulations are subsequently imagined and put in place.

The Association for Literary Urban Studies (ALUS, formerly Helsinki Literature and the City Network) provides an international and interdisciplinary platform for scholars studying the city in literature. Membership is free, and all scholars working within literary urban studies are warmly invited to join the association. It welcomes approaches that examine city narratives in a broad understanding, including approaches that combine urban studies, cultural geography, urban planning, future studies, and other relevant fields with the examination of narratives of cities. It aims to foster interdisciplinary research on city literature, including literature written in all languages and encompassing all historical periods. The Association for Literary Urban Studies organizes meetings twice a year in Finland for members residing in Finland or passing through, and one international conference every two years. It aims to cooperate with other international organizations to organize international seminars, conferences and events.

Scholars interested in the city and literature from all fields of study are most welcome to join ALUS. For further information on joining the network, contact ALUS secretary Anni Lappela at anni.lappela[at]helsinki.fi or ALUS president Jason Finch at jfinch[at]abo.fi