Dalia Leinarte (UN Committee on the Elimination of Discrimination Against Women, Cambridge University and Kaunas University) 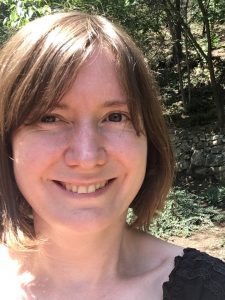 Charlotte Alston is Professor in History at Northumbria University, Newcastle upon Tyne. Her work focuses on Russia’s relations (both cultural and diplomatic) with the west, the history of the Russian revolution and the Russian civil war, and the post-First World War peace settlements. She has published on Russia’s border states at the Paris Peace Conference, Russian émigré organisations in the west, and campaigns for intervention in Russia’s civil war. She is also the author of a monograph about the international Tolstoyan movement (a Christian anarchist movement based on Tolstoy’s political thought that flourished in Europe and the USA in the late 19th and 20th centuries). Charlotte has co-edited two special issues of journals (Journal of Modern European History, and European History Review) focusing on transnational solidarities and humanitarianism. She is currently working on a book project that explores the relationship between Russian émigrés, revolutionaries and dissidents and western publics, from the late tsarist era to the present. 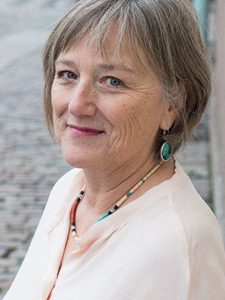 Jane K. Cowan is Professor of Anthropology at the University of Sussex and (for 2018-2019) Jane and Aatos Erkko Visiting Professor in Studies on Contemporary Society at the Helsinki Collegium for Advanced Studies. While her early work investigated gender, power, identity and the body, she is currently exploring the nexus of rights claiming and international governance in two sites: League of Nations supervision of minorities treaties and, with Julie Billaud, the UN human rights monitoring mechanism, the Universal Periodic Review. Her publications include Dance and the Body Politic in Northern Greece (1990), Macedonia: The Politics of Identity and Difference (2000), Culture and Rights: Anthropological Perspectives (with M. Dembour and R. Wilson, 2001) and ‘Between learning and schooling: The politics of human rights monitoring at the Universal Periodic Review’ (with J. Billaud), Third World Quarterly 36(5) 2015. 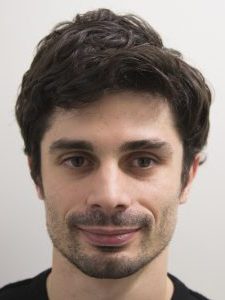 Emmanuel Dalle Mulle is a post-doctoral researcher at the Graduate Institute of International and Development Studies, where he coordinates a project entitled “The Myth of Homogeneity: Minority Protection and Assimilation in Western Europe, 1919-1939″. He previously worked at the Catholic University of Leuven and the Universitat Pompeu Fabra (Barcelona), and held visiting researcher positions at the London School of Economics, Boston University and the Vrije Universiteit Brussels. His book “The Nationalism of the Rich: Discourses and Strategies of Separatist Parties in Catalonia, Flanders, Northern Italy and Scotland” won the 2018 Latsis Prize for the University of Geneva. He is specialised in nationalism and ethnic politics. His reseach interests include: Western European nationalist parties, welfare nationalism, minority-majority relations, and separatism.

Steen Bo Frandsen is historian, professor of political science at the University of Southern Denmark and head of the Centre for Border Region Studies. He has been a research fellow at the Alexander von Humboldt-Stiftung, a Jean-Monnet-Fellow at the EUI in Florence and researcher at the Danish Academy in Rome. Main research interests has been within regional history (Danish, German, Italian) and national movements of the 19th century, and German-Danish relations. He has published several books and articles on these issues (mainly in Danish and German). He is currently writing a book on Denmark and Germany, and involved in preparing and organizing events and conferences for the upcoming centennial of the present day border in 2020. 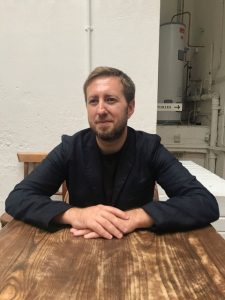 Georgios Giannakopoulos holds a PhD in Modern history from Queen Mary University of London (2015). He is currently Junior Research Fellow at Durham University, and holds affiliations with the Hellenic Open University and the University of the Peloponnese. Previous fellowships include residencies at New York University [the Remarque Institute], and the Slovak Academy of Sciences. Georgios’ research interests revolve around the history of nationalism and internationalism, liberty and empire in Britain and (south)Eastern Europe in the 19th and 20th centuries. His publications include articles on aspects of 19th and 20th century British international thought for the History of European Ideas,  Global Intellectual History and the Journal of Modern Greek Studies (more details available here). He is currently working on a book manuscript tentatively called Weather Men: British intellectuals and Imperial Order in Eastern Europe (1870-1930). 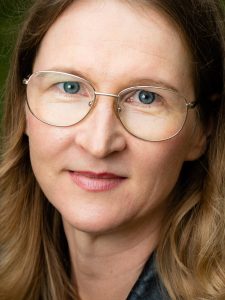 Miia Halme-Tuomisaari is a legal anthropologist specialising in the history of human rights and the analysis of the contemporary human rights. Docent (Adjunct Professor) in International Law at the University of Turku, and co-founder of Allegralaboratory.net and Allegra Lab Helsinki, she is currently a Core Fellow at the Helsinki Collegium for Advanced Studies. Her publications include Human Rights in Action: Learning Expert Knowledge (2008, Brill), Revisiting the Origins of Human Rights (co-edited with Pamela Slotte, Cambridge University Press 2015) and ‘Meeting the World at the Palais Wilson’, in Palaces of Hope, edited by Ron Niezen & Maria Sapignoli, CUP 2017. 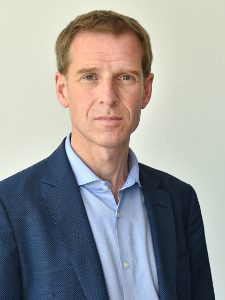 Matthias Koenig is professor of sociology at the University of Göttingen and Max Planck Fellow at the Max Planck Institute for the Study of Religious and Ethnic Diversity. He held visiting positions at the École Pratique des Hautes Etudes in Paris (2006, 2015), at University of Toronto (2010-2011), University of Michigan (2011) and Harvard University (2018). His work on sociological theory, human rights, religion and migration has appeared in journals such as Ethnic and Racial Studies, International Migration Review, International Sociology, and Law & Social Inquiry. His recent publications include Religion and National Identities in an Enlarging Europe (co-edited with W. Knöbl & W. Spohn, Palgrave 2015) and “Governance of religious diversity at the European Court of Human Rights” (in: J. Boulden & W. Kymlicka, eds., International Approaches to Governing Ethnic Diversity, Oxford University Press 2015). His current research focuses on causes and consequences of expanding constitutional minority rights in global comparative perspective and on religious mobilization in transnational legal arenas.

Wiktor Marzec holds a PhD in sociology and social anthropology from the Central European University in Budapest, an MA in sociology, and an MA in philosophy from the University of Lodz. His research interests concern historical sociology, labor history and history of concepts. He has been a fellow at the University of Michigan, the Humboldt University in Berlin, the Institute for Human Sciences in Vienna, the Center for Advance Study in Sofia and the Centre for Historical Research, the National Research University Higher School of Economics, Saint Petersburg. His recent publications include articles in Thesis Eleven, Journal of Historical Sociology and Eastern European Politics and Societies. He is the author of Rising Subjects: The 1905 Revolution and the Genesis of the Polish Public Sphere, forthcoming with Pittsburgh University Press). Social science editor of the journal Praktyka Teoretyczna / Theoretical Practice. Currently he runs a comparative project on political trajectories of the late tsarist borderlands in The Robert Zajonc Institute for Social Studies, University of Warsaw. 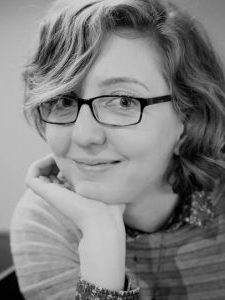 Francesca Piana is a historian of European and international history in the 20th century. She holds a PhD in international history and politics from the Graduate Institute of International and Development Studies, for which she obtained the Pierre du Bois Prize in 2013. Francesca was a postdoctoral fellow of the Swiss National Science Foundation (2013-2016) and of Binghamton University and the Journal of Women’s History (2016-2017). Her teaching and research interests include the history international organizations, transnationalism, humanitarian aid and the mission, migration, and women and gender. She is currently completing her first book, “The Global Governance of Refugee Protection. Forced Displacements and Humanitarian Aid after WWI”.  She’s coediting with Jo Laycock (Manchester University) the book “Aid to Armenia. Humanitarian Aid, Relief, and Interventions from 1890s to Present”, forthcoming with Manchester University Press. She is also conducting research for her third book, tentatively entitled “(Re)Birthing Humanity. A Gendered History of Protestant Humanitarian Aid, 1870s-1970s”. 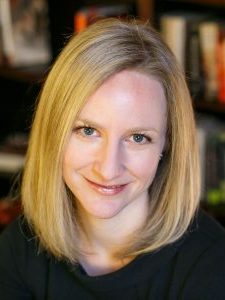 Laura Robson is a professor of modern Middle Eastern history at Portland State University in Portland, Oregon. Her most recent books are States of Separation: Transfer, Partition, and the Making of the Modern Middle East (University of California Press, 2017), which explores the history of forced migration, population exchange, and refugee resettlement in Iraq, Syria, and Palestine during the interwar period, and the just-published volume Partitions: A Transnational History of 20th Century Territorial Separatism (co-edited with Arie Dubnov; Stanford University Press, 2019), which examines the emergence and consequences of the political “solution” of partition in the twentieth century world. She is also the author of Colonialism and Christianity in Mandate Palestine (2011) and editor of Minorities and the Modern Arab World: New Perspectives (2016), and her work has appeared in many leading scholarly journals, including the International Journal of Middle East Studies and the Journal of Palestine Studies. 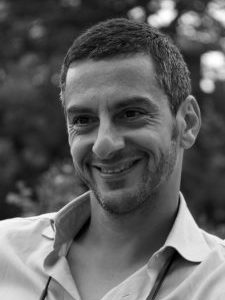 Davide Rodogno was Academic Fellow – RCUK at the School of History, University of St Andrews (2005-10), SNSF – Research Professor (2008-2011), and professor at the Graduate Institute since 2011. He published Fascism’s European Empire (Cambridge University Press, 2006) and  Against Massacre: Humanitarian Interventions in the Ottoman Empire (1815-1914), the Birth of a Concept and International Practice (Princeton University Press, 2011).  He co-edited and authored a volume on the history of Humanitarian Photography; a volume on Transnational Networks of Experts in the Long Nineteenth century; and another on the League of Nations’ social work. He currently works on monograph entitled: Night on Earth – Humanitarian Organizations’ Relief and Rehabilitation Programmes on Behalf of Civilian Populations (1918-1939). Rodogno is grantee of an FNS project on Minority Protection in Belgium, Italy and Spain; and of another on the Rockefeller Foundation fellows as heralds of globalization (1910s-1970s). In 2019, via the History of International Organizations Network Internet platform, Rodogno and other historians regularly inform on activities related to the Centenary of International Organizations in Geneva. 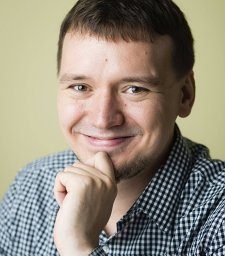 Ivan Sablin leads the Research Group “Entangled Parliamentarisms: Constitutional Practices in Russia, Ukraine, China and Mongolia, 1905–2005,” sponsored by the European Research Council (ERC), at the University of Heidelberg. Previously, he taught at the Higher School of Economics, Saint Petersburg, and in 2016 was a Kone Visiting Fellow at the Helsinki Collegium for Advanced Studies. Ivan Sablin’s research interests include the history of the Russian Empire and the Soviet Union, with special attention to Siberia and the Russian Far East, and global intellectual history. He is the author of two monographs – Governing Post-Imperial Siberia and Mongolia, 1911–1924 (Abingdon: Routledge, 2016) and The Rise and Fall of Russia’s Far Eastern Republic, 1905–1922 (Abingdon: Routledge, 2018) – and research articles in Slavic Review, Europe-Asia Studies, Nationalities Papers, and other journals.

Sia Spiliopoulou Åkermark is Associate Professor (docent) in international law and Director, the Åland Islands Peace Institute (Mariehamn, Finland). Sia’s work focuses on diversity, pluralism, restraint in the use of force and international law. In 2018 Sia completed a multidisciplinary research project entitled “Demilitarisation in an increasingly militarized world: International perspectives in a multilevel framework”. Spiliopoulou Åkermark has served as an expert member of the Advisory Committee on the Framework Convention on National Minorities of the Council of Europe, including as the Committee’s President. Among her publications are: Justifications of Minority Protection in International Law (1997) and the edited volumes International Obligations and National Debates: Minorities around the Baltic Sea (2006); The Åland Example and its Components (2011); Självstyrelser i Norden i ett fredsperspektiv (‘Self-government in Norden from a Peace Perspective’, 2015); Towards Openly Multilingual Policies and Practices – Assessing Minority Language Maintenance Across Europe (2016); and Demilitarisation and International Law in Context – The Åland Islands (with Heinikoski and Kleemola-Juntunen, 2018).