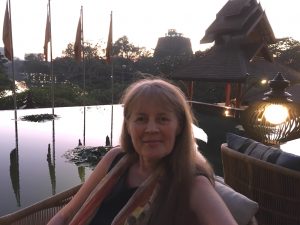 Doctor Anne Haila is Academy Professor and Professor of Urban Studies, Faculty of Social Sciences, University of Helsinki, Finland. From 1994 to 1996 she was Senior Fellow at Faculty of Architecture and Building, National University of Singapore. In recent years, her research has focused on property rights, property markets and the role of state intervention in regulating property market. Cases of her research have been particularly Singapore, Finland, China and Hong Kong.  Among her publications are (link): Urban Land Rent: Singapore as a Property State. Wiley Blackwell 2016. The market as the new emperor. International Journal of Urban and Regional Research, 2007. Real estate in global cities: Singapore and Hong Kong as property states. Urban Studies 2000. Four types of investment in land and property. International Journal of Urban and Regional Research 1991. 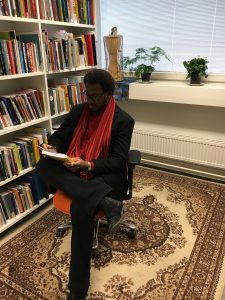 Franklin Obeng-Odoom (link) is the Lead Investigator of the Alternatives to Private Land Tenure Project (link) funded by the Academy of Finland (link) and pioneered by Academy Professor Anne Haila (link).

Associate Professor of Sustainability Science with Development Studies and the  Helsinki Institute of Sustainability Science, both at the University of Helsinki in Finland where he is the current Chairperson of the Finnish Society for Development Research. Dr. Obeng-Odoom previously taught at various universities in Australia, including the University of Technology Sydney where he was Director of Higher Degree Research Programmes.

Franklin’s research and teaching interests are centred on the political economy of development, cities, and natural resources – fields to which he has made various contributions. He is the author of five books, including Oiling the Urban Economy; Property, Institutions, and Social Stratification in Africa; and Reconstructing Urban Economics, which is listed in the top five entries for the Egon-Matzner-Award for Socio-Economics in 2017. He guest-edited the special issue of the Journal of Australian Political Economy on ‘Global Economic Inequalities and Development‘, a controversial analysis of which forced the International Monetary Fund to issue an official statement in defence of its policies. Obeng-Odoom is Associate Editor of the Forum for Social Economics, Editor-in-Chief of African Review of Economics and Finance, and Series Editor of Edinburgh Studies in Urban Political Economy. He serves on the Executive Council of the Society for the Advancement of Socio-Economics.

The recipient of a number of reputable research awards, Obeng-Odoom has been named a World Social Science Fellow by the International Social Science Council and, in 2015, was elected to the Fellowship of the Ghana Academy of Arts and Sciences, becoming the youngest Fellow of the oldest learned society in postcolonial Africa. Dr. Obeng-Odoom has won both the Patrick J. Welch Award from the Association for Social Economics and the Kapp Prize for research that exemplifies the work of K.W. Kapp and best demonstrates the theoretical perspectives of the European Association for Evolutionary Political Economy. 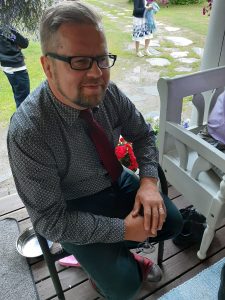 Hello folks! I’m a Senior Lecturer in Urban and Public Policy at the Faculty of Social Sciences, University of Helsinki. Originally trained in Human Geography, I’m specialised in socio-spatial theory, cities as the focal points of societal transformation, and both elite and marginal discourses, practices and people-worlds.

My current research undertakings focus on the neoliberalized urban development, promotional policies and their popular reception and contestations; inner-city and peri-urban waterfront transformations; and the politics of populism, time and space in Central Eastern Europe (the “Us and Now” -project funded by the Kone Foundation in 2020–2023, with Emilia Palonen & the research team).

For students keen on learning about the acute issues of urbanism, enrol in one or more of these courses taught or coordinated by me: Social Justice and the City; The Land Question and Sustainable Urban Development; City and Culture; Urban Studies Reading Seminar; Urban Studies and Planning Research Methods (to USP Master’s Programme students); Master’s Thesis Seminar I & II (all courses are 5 ECTS). 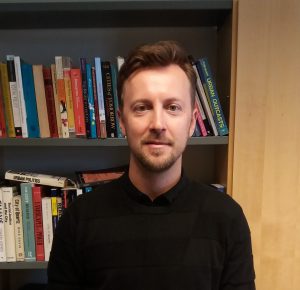 Mika is a post-doctoral researcher at the Discipline of Social and Public Policy, Faculty of Social Sciences. Mika’s current research investigates the urban commons as an analytical concept and critically explores the promise of the urban commons as an alternative to private land tenure. Mika is writing a book on urban inequality in the context of the Nordic welfare state, researching land management by faith based organizations and customary land ownership in Indonesia and writing a manifesto concerning housing policy in the urban age. Mika has been teaching urban studies at the University of Helsinki since 2013 and is now supervising Master’s and PhD candidates. His articles have appeared in quality international and Finnish journals such as Geoforum, Sosiologia, Yhteiskuntapolitiikka and the Finnish Journal of Urban Studies.

Mika received his doctorate in 2019 with the dissertation Divided by Policy: Urban Inequality in Finland, in which he investigates the roles of land and housing policies in the inequalities of Finnish cities. Mika’s MA is from University of Helsinki and his thesis concerning territorial stigmatization received the City of Helsinki MA Thesis award. He holds a BA in Sociology and Cultural Studies from the University of Sussex. You can get in touch with Mika via e-mail: mika.hyotylainen@helsinki.fi.
Profile: https://researchportal.helsinki.fi/fi/persons/mika-hy%C3%B6tyl%C3%A4inen 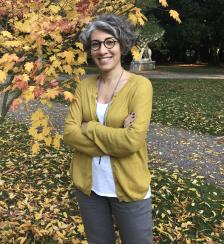 Özlem Celik is a post-doc researcher at Development Studies and HELSUS at the University of Helsinki focused on urban transformation in the Global South. Özlem’s research concerns the political economy of urban development and change, including the politics of urban economic relations, housing, state interventions, rescaling of the state, and urban social movements. She is also interested in using participatory and collaborative methodological approaches in engagement with housing movements and activist groups. Özlem’s  previous research and publications has focused on the financialisation of housing, and the limitations and possibilities of spatial politics of solidarity through commoning practices in Turkey by the support of a number of funding bodies including Raoul Wallenberg Institute, Swedish Institute, CMES Lund University, and the University of Sheffield. She also took part at FESSUD (EU 7th Framework) project, focused on financialisation of housing and infrastructure. She also recently awarded as the Outstanding Reviewer of 2019 by International Development Planning Review Journal, Liverpool University Press.

She is currently completing a book on ‘Theories of the Spatiality of the State’, editing a special issue, which brings together a set of papers that examine financialisation of housing and violation of housing rights at the time of crisis and which thereby explore the contemporary state of neoliberal urbanisation in divergent political economic contexts, and co-ordinating the Urban and Regional Political Economy Working Group, IIPPE since 2009. 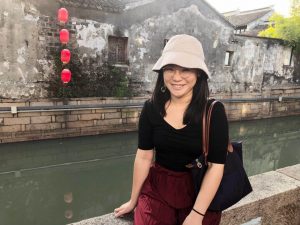 Haoxuan Sa is a researcher in Urban Studies, Faculty of Social Science, University of Helsinki. She got her Master of Social Science from University of Helsinki, and Bachelor of Arts and Bachelor of Economics from Xiamen University, China. Before she moved to Finland, She worked as an editor in CCTV. Her research interests are property rights, land questions and redevelopment of urban villages in Chinese cities.
Profile: https://researchportal.helsinki.fi/en/persons/haoxuan-sa 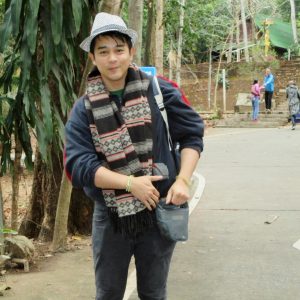 Chaitawat is a researcher at the Faculty of Social Sciences, University of Helsinki, Finland. His research focuses on land and property rights, religious land and street vending. Chaitawat had worked as a programme officer for UNIFEM and UN Women East and Southeast Asia on gender equality, women’s legal and economic empowerment, and women’s migration programmes. He graduated from Thammasat University, Thailand with a Bachelor degree in International Affairs. He holds a Master in Cultures and Development Studies from Katholieke Universiteit Leuven (KU Leuven), Belgium and a Master of Science in Gender from London School of Economics and Political Science (LSE), UK. Chaitawat is the author of Conflicts over streets: The eviction of Bangkok street vendors, Cities 2017. 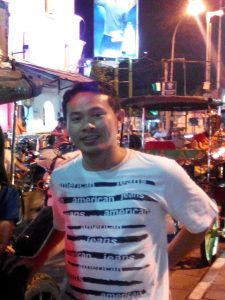 Tauran is a researcher in urban studies at the Faculty of Social Sciences, University of Helsinki. His research focuses on urban kampung, community engagement and adequate housing. He is interested in exploring the agency of urban poor community, recognising their strategies, and their strength and weakness in the structural context of urban development. He got his master’s degree in social sciences from Universiti Sains Malaysia and Bachelor’s in public administration from Brawijaya University, Indonesia.
Profile: https://researchportal.helsinki.fi/fi/persons/tauran-tauran 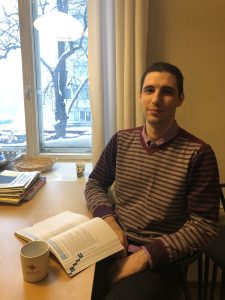 Sefer is a researcher in Urban Studies at the Faculty of Social Sciences, University of Helsinki. His thesis discusses urban transit transformations in Chiang Mai, Thailand. His education in comparative urban studies focuses on the land question and the scholarly discussion around Southeast Asia. His interests include different property ownership understandings and practices based on cultural values, religion and language in the Global South. 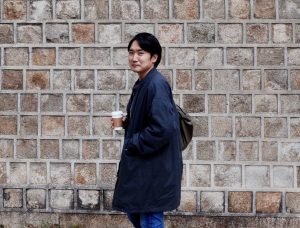 Bokyong is a Ph.D. student in Urban Studies, Faculty of Social Sciences, University of Helsinki. He is interested in studying governance arrangements, where multiple stakeholders, who have different interests, resources, and power are incorporated into collective decision-making processes. Based on the communicative planning theory and social capital theory, he attempts to use statistical network models and topic modeling to investigate how actors build collective capacity and engage in deliberation under specific institutional settings.
Profile: https://researchportal.helsinki.fi/fi/persons/bok-yong-shin