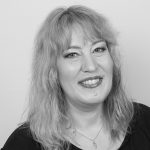 Marianna Keisalo received a PhD in Social and Cultural Anthropology at the University of Helsinki in 2011. She worked as a post-doctoral researcher at Aarhus University 2016-2018.

Marianna’s research focuses on the semiotics of comedic performance.  She has done ethnographic research on ritual clowning in Northern Mexico and stand-up comedy in Finland. She also performs stand-up herself. Her research analyses how humor is created and interpreted, and what meanings and efficacy comedy has within broader cultural and social contexts. 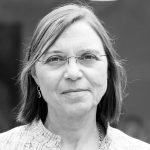 Sarah Green came to Helsinki in 2012, after having worked in anthropology departments at the Universities of Manchester (1995-2012) and Cambridge (1992-1995). She currently specializes on the anthropology of location and borders, especially in the eastern peripheries of Europe which provide a means to analyze how people classify the world, their location in it as well as the location of others. She is interested in the political, social, economic, epistemological and historical dynamics involved in that process of defining the difference between here and somewhere else and then attempting to make it so.

In the Aegean region she is continuing her research on issues related to concepts of money and trading practices as well as her research on the borders of Greece and Turkey.  (See also “Performing Border in the Aegean: on relocating political, economic and social relations”. In the Journal of Cultural Economy, Vol. 3, No.2, pp 261-278)

In conceptual terms, she is working on the concept of ‘knots’ as a means to think through a messier way to understand relations between here and elsewhere.

She is author of Notes from the Balkans (Princeton University Press, 2005), Urban Amazons (Macmillan and St Martins Press, 1997), and joint author of Borderwork (JaSilti 2013) with Lena Malm (photography; additional written contributions by Robin Harper and Markus Drake). Green is currently the co-editor in chief of Social Anthropology/Athropologie Sociale, the European Association of Social Anthropologists’ quarterly journal; and co-editor in chief of Sociological Review. She is also the director of the Doctoral Program in the Social Sciences at the University of Helsinki. 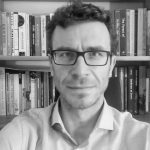 Toomas has done fieldwork in Southern Mexico, focusing mainly on religious change, Protestant-Catholic relations, and religious conversion, but also on tourism and folk medical beliefs. He is currently the PI of the project “The Role of Religion in Contemporary Ethical Self-Making”  (https://blogs.helsinki.fi/religion-ethics-self/), which is a comparative ethnographic study of the techniques of ethical self-fashioning, with a specific focus on how religion intervenes in the constitution of ethics in secular public life, how it contributes to forging ethical subjects, and how it comes to underlie the values and actions that signify exemplary, good life. The project is funded by the Kone Foundation (2019-2023). 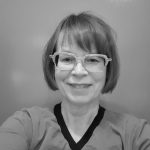 Tuulikki Pietilä has studied several topics mostly in Africa, with a general interest in the various sociocultural processes that take place when ‘regimes of value’ of divergent origins and power meet.

In Kilimanjaro, Tanzania she has investigated women’s trading activities and everyday gossip: Gossip, Markets, and Gender: How Dialogue Constructs Moral Value in Post-Socialist Kilimanjaro (University of Wisconsin Press, 2007). The book was awarded the Aidoo-Snyder prize by the African Studies Association of the United States in 2009.

In South Africa she has investigated ideas of ownership and authorship as well as ways of arranging creative work in the music industry: Contracts, Patronage and Mediation: The Articulation of Global and Local in the South African Recording Industry (Palgrave Macmillan, 2015). As part of this research, she studied youth music styles popular in South Africa at the time, such as kwaito and hip hop. Furthermore, she studied production and value chains of ‘world music’ of African origins in Europe.

Currently she examines fashion designers’ work in Johannesburg as well as competing claims of entitlement to ‘heritage’ items. 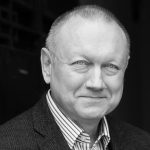 Timo Kaartinen has taught anthropology at the University of Helsinki since 2001, the year of his PhD from the University of Chicago. Prior to his appointment as professor in 2016 he worked for two years at the Helsinki Collegium for Advanced Studies (2014-2016). He is a sociocultural anthropologist with an interest in the language, stories, and social forms through which people deal with uncertainty and change.

In his present research, Kaartinen explores the ideas of ethics and personal development in Indonesia’s Islamic education and compares it with the secular and religious values of other educational traditions. In another recent project (2015-2018) he focused on revitalizing the language of a dispersed, urbanizing Eastern Indonesian group known as the Bandanese. Kaartinen’s engagement with this group began in 1992 with a focus on folk poetry and continued in 2009 with a study of the group’s relocalization in the new urban landscapes that emerged after an ethnic conflict in 1999-2002. An argument pursued throughout these studies is that stories, places, buildings, and objects are signs of people’s relationships to places and times away from their immediate home. A monograph based on this research is Songs of travel, stories of place: poetics of absence in an Eastern Indonesian Society (Finnish Academy of Sciences 2010).

Another area of his interest is legal and environmental anthropology that are helpful for analyzing the resource conflicts, popular mobilizations, and the appeal of informal and traditional justice during and after Indonesia’s political transition in the late 1990s. A research project (2012-2016) in this field was focused on the simultaneous expansion of industrial agriculture and climate-change mitigation projects in the Indonesian Borneo. 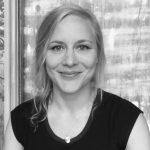 Anni Kajanus is currently on research leave. She is leading two projects that investigate the role of irritation in human sociality, funded by ERC Starting Grant, and Academy of Finland.

Anni is a cognitive and psychological anthropologist, working at the interfaces between culture and cognition, morality and cooperation. Her regional focus is China, where she has worked on a range of topics including migration, one-child policy, gender, education, and child-development.
Her most recent research brings together methods and approaches from anthropology and psychology, for a comparative study of human social and cognitive development across cultural-historical contexts, including cooperative behaviours, morality, emotional life, etc.
Before joining UH, Anni held postdoctoral fellowships (Marie Sklodowska-Curie; Leverhulme) at the Department of Anthropology, LSE, and the Department of Psychology, Harvard.
Anni received her PhD in Anthropology from the University of Helsinki, MSc in Migration Studies from the University of Amsterdam, and BA in Anthropology from the University of Kent.
Anni is the author of Chinese Student Migration, Gender and Family.