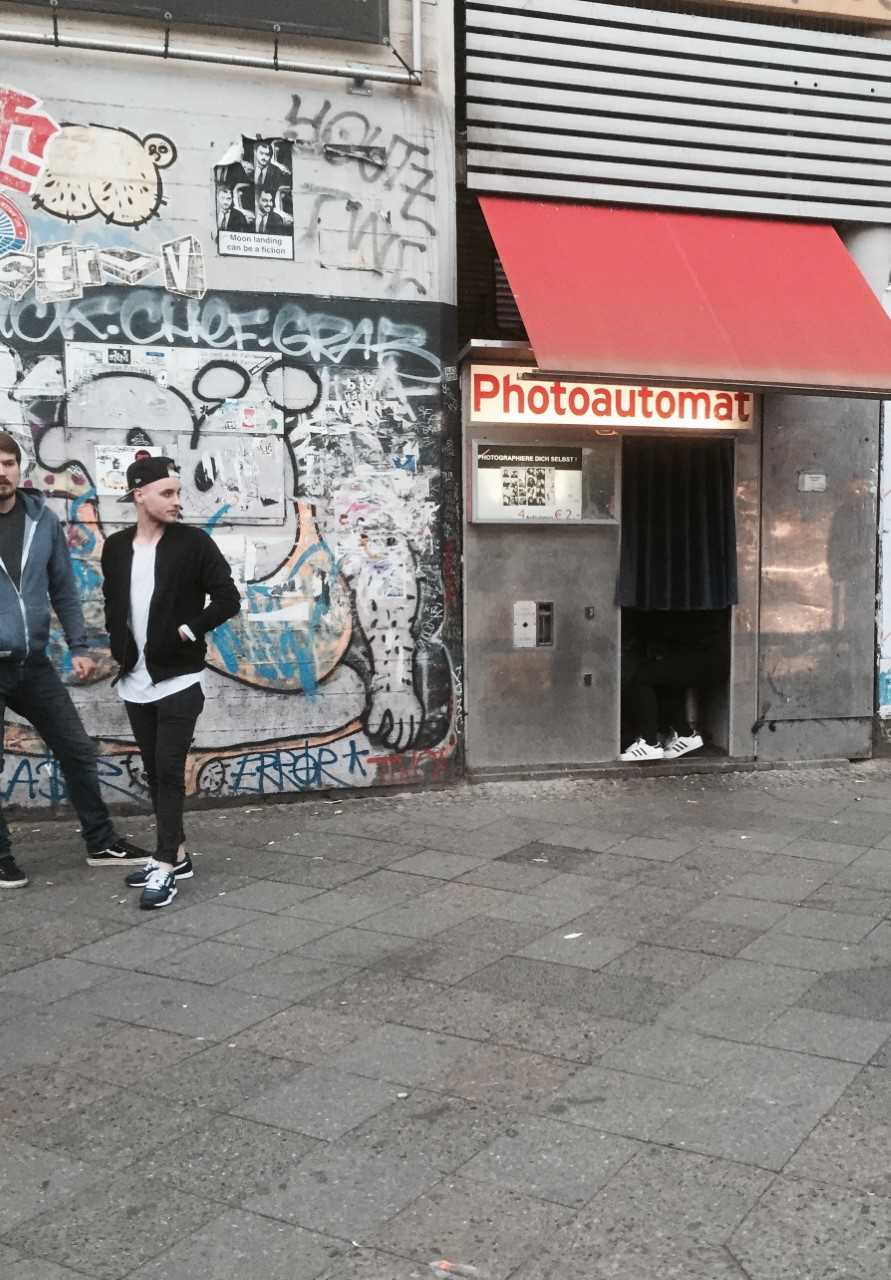 Analogue photo booths in Berlin: A stage, a trap, a condenser and four shots for kissing the person you love

Why do analogue photos still fascinate young people? Why, for some purposes, might vintage technologies be considered more authentic than newer ones? And what is the contribution of old-school photo booths to Berlin as a city? In casting an ethnographic eye on analogue photo booths in Berlin via empirical data (participant observation and 60 interviews with users), this paper makes a case for the continued relevance of analogue technologies and practices in the contemporary digital age. The argument highlights the inconsistencies in the linear theories of media development and social change, thus pointing to a complex co-existence of actual and emerging technologies and practices. In this paper, I will also consider how the relationship between these old-school booths and Berlin is reciprocal, becoming part of the city’s scene, assembling people, displaying and materialising relationships, thereby providing an opportunity to be private in public and functioning as a cultural condenser, which simultaneously benefits from the local idiosyncrasy and contributes to making the city itself a place.

Francisco Martinez, PhD, is a postdoctoral researcher in Cultural Heritage at the University of Helsinki of and an associate editor of the Anthropological Journal of European Cultures and of Suomen Antropologi: Journal of the Finnish Anthropological Society. He has edited several books, curated different exhibitions, and has been awarded a dozen of scholarships. For five years, he worked as a correspondent in Russia, Germany, Turkey, and Portugal, publishing over 550 articles and participating in 150 television programs. His monograph Remains of the Soviet Past in Estonia. An Anthropology of Forgetting, Repair and Urban Traces will be published in 2018 by UCL Press.