The Faculty of Law in cooperation with Aleksanteri Institute of the University of Helsinki is pleased to announce the annual conference under the Development of Russian Law research project, which will take place in Helsinki on October 19-20, 2021. This conference continues the series of workshops, seminars, and conferences originating in legal scholarship on Russian law, organized by the Faculty of Law since 2008. We are also pleased to have two keynote speakers: Dr. Nadia E. Brown (Purdue), Dr. Vanja Hamzic (SOAS), and Professor Brenda Cossman (University of Toronto).

Current debates surrounding legal pluralism focus on a variety of legal issues. The nexus of international, transnational, regional, domestic, or local levels of legal regulation questions the clearly defined spaces of law. The conception of domestic law or international law as a single realm has long been challenged in legal and transdisciplinary scholarship due to multiple and constantly incoming and outcoming influences. Law becomes a mixture of many things; it becomes a fluid institution that counter-intuitively changes as it is being practiced and rarely remains set in stone.

Legal diversity refers to the idea that in any one space of law there is more than one regulation or even more than just one legal system. The conference will explore legal pluralism by discussing factors that lead to legal diversity and plural sites of norm-production. It follows in the lengthy tradition of law/society relation and reconceptualization and examines several aspects of legal diversity focusing on the relationship between the empirical facts of pluralism and its conceptual foundations. Furthermore, we plan to define how international comparative experiences are relevant to legal-societal analysis and discuss in detail the multiple possible connections among different sites of law-making, practice, and experience.

A point of departure for this conference is its previous focus on Russia and the Russian law. As we intend to broaden the scope of the conference, we look at geographical location as one possible way to approach diversity. How does space define law? How does international community “view” certain spaces? What are the venues of legal diversity when we concentrate our attention on a geographical location? How does the very notion of space is also re-defined by diverse practices of law? In these endeavours we open the debates about legal pluralism beyond the geopolitical space of Russia and invite scholars who work in other regions across the Globe from South and Eastern Europe to the Americas, from South-East Asia to Africa.

Legal systems are constantly interacting with one another, and in so doing, re-defining each other. Various schools of thought on legal diversity have studied such interactions under the banner of legal anthropology, systems theory, global legal pluralism, and others. Their commonality is the identification of legal practice as a procedure shaped through interactions among multiple legal orders. In the current moment of increased populist tendencies and re-emergent nationalisms, it is even more important to revisit the question of legal diversity.

We encourage submissions of individual papers and full panels on the following themes and beyond:

We welcome legal researchers from across disciplines to join our discussions on current issues in legal studies. We especially encourage junior scholars and graduate students to apply.

The working language of the conference is English, including all presentations and discussions.

The proposals shall be submitted by 15 April 2021 via online submission system: https://elomake.helsinki.fi/lomakkeet/103572/lomake.html

If you have any questions, please contact Dr. Elena Cirkovic (elena.cirkovic@helsinki.fi) or Prof. Marianna Muravyeva  (marianna.muravyeva@helsinki.fi). 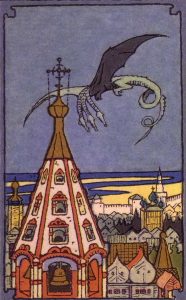 On Thursday 12 March at 10-12 in Porthania (P545, 5th floor), INEQ together with Associate Professor Marianna Murayeva at the Faculty of Law and Aleksanteri Institute will host a talk by Professor Janet Elise Johnson (CUNY) on gender equality, policymaking and domestic violence in non-democratic environments, including Russia. 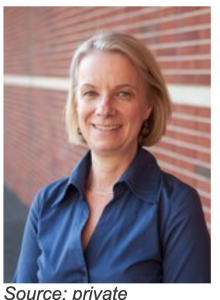 The politics of domestic violence in Russia

Over the last decade, non-democratic regimes have been passing legislation that at least superficially addresses gender inequality, especially targeting violence against women. The cross-national studies of gender equality policymaking, especially on issues such as violence against women which require significant change in policy and practice, show that strong, autonomous feminist movements are the decisive factor, while in non-democratic regimes, informal links between women’s movements and key actors also crucial. This presentation will explore these gender-related policy dynamics through the tracing of three policymaking processes on domestic violence over the last decade: a 2013-16 attempt to pass comprehensive domestic violence reform, the criminalization of domestic violence in 2016, and the partial de-criminalization in 2017. These insights will be used to consider the current attempt to pass yet another domestic violence law that began last fall.

Janet Elise Johnson is Professor of Political Science at Brooklyn College, City University of New York, USA, and FRIAS Senior Fellow/Marie Curie Fellow of the European Union at the Freiburg Institute for Advanced Studies, University of Freiburg, Germany. Her books include The Gender of Informal Politics (2018), Gender Violence in Russia (2009), and Living Gender after Communism (2007), with The Routledge International Handbook to Gender in Central-Eastern Europe and Eurasia (edited with Katalin Fábián and Mara Lazda) forthcoming in 2021.

As part of the Faculty of Law in cooperation with Aleksanteri Institute of the University of Helsinki annual conference under the Development of Russian Law research project, we are very pleased to welcome Dr. Vanja Hamzić (SOAS), Dr. Nadia E. Brown (Purdue), and Professor Brenda Cossman (University of Toronto)  as our  keynote speakers. 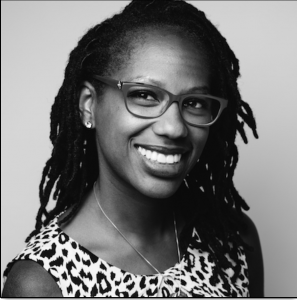 Dr. Nadia E. Brown is an Associate Professor of Political Science and African American Studies at Purdue University, US. She comes to Purdue from St. Louis University where she specialized in American politics with a distinct focus on Black politics as well as Women and politics. She is the author of a forthcoming book entitled Sisters in the Statehouse: Black women and Legislative Decision Making (under contract with Oxford University press) and she is the author of numerous articles focusing on Black women’s politics.

Professor Brown received her PhD in Political Science in 2010 from Rutgers University, with major fields in Women and Politics and American Politics. She also holds a graduate certificate in Women’s and Gender Studies. Her BA, also in political science, is from Howard University in 2004.

The bulk of Dr Hamzić’s legal, anthropological and historical research addresses issues in human subjectivity formation—especially those related to gender, sexual, class, linguistic and religious difference—with the principal fieldwork sites in Pakistan, Indonesia, Senegal and Louisiana. While the focus of Dr Hamzić’s work has been, for quite some time, the Islamic legal tradition, both in its historical and present-day diversity, he is also interested in how some of its strands have influenced (and, in some cases, moulded into) other South Asian, South East Asian, West African and circum-Atlantic traditions. Dr Hamzić’s work to date has particularly sought to shed new light on how gender-variant individuals and communities—such as khwajasara in Pakistan, waria and others in Indonesia as well as numerous historical identitary formations across West Africa—have braved the turbulent tides of colonialism, slavery and other legally-sanctioned oppression and how, in turn, they have developed and abided by multiple formations of insurrectionary vernacular knowledge (about themselves and the world at large). It is this knowledge and being-in-the-world—often preserved in oral traditions, rites of passage and rituals of the everyday—that has survived not only the epistemic and literal violence of the nation-state and its legal institutions, but the sustained ‘will to disappear’ in the colonial and post-colonial archive, too.

Dr Hamzić is also interested in, and has contributed to, current transnational debates on legal and social theory, human rights, Marxist and postcolonial studies, the Cold War, feminist legal theory, global law/governance studies, social anthropology and philosophy. In this context, he has written about alegality, legal violence, Third World feminisms, homeliness, touch, Muslim Marxism, the unknowable, the Lacanian Real and other critical concepts.

Dr Hamzić’s current book-length project addresses gender variance and cosmological and legal pluralism in eighteenth-century Senegambia as well as the ways the enslaved gender-variant West Africans have survived the Middle Passage and ‘New World’ gender regimes, in particular that of colonial (i.e. first French and then Spanish) Louisiana. The project seeks to develop an interruptive approach to circum-Atlantic colonial and post-colonial history-making and to critically address the question of archival silences.

Dr Hamzić is a co-founder and former Co-Chair of the Centre for Ottoman Studies at SOAS and a member of a number of other SOAS research centres. He is a Faculty Member of the Institute for Global Law and Policy at Harvard Law School and a Researcher of the International State Crime Initiative at Queen Mary, University of London. Dr Hamzić is also an Academic Fellow (2016-19) of the Honourable Society of the Inner Temple. In the academic year 2016-17, he was a residential Member of the School of Social Science in the Institute for Advanced Study at Princeton. 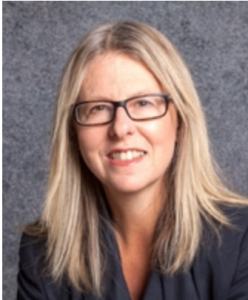 In 2012,  Professor Cossman was elected as a Fellow of the Royal Society of Canada. In 2009, she was awarded the Mundell Medal for contributions to letters and law. In 2002 and 2003, she was a Visiting  Professor of Law at Harvard Law School.

Professor Cossman’s teaching and scholarly interests include family law, law and sexuality, and freedom of expression.  Her most recent book on Sexual Citizens: The Legal and Cultural Regulation of Sex and Belonging was published by Stanford University Press in 2007.  Her publications include the co-authored Bad Attitudes on Trial: Pornography, Feminism and the Butler Decision (University of Toronto Press) and Censorship and the Arts (published by the Ontario Association of Art Galleries).

Gender and Governance, hosted by the University of Helsinki Faculty of Law and Aleksanteri Institute in cooperation with the Higher  School of Economics Moscow. 28-29 March 2019.

Development of Russian Law XI: Access to Justice From Eurasia to Global, 19-20 November 2018.

Development of Russian Law VII – Law-Making and Law-Breaking in the Context of Securitization and Neo-conservatism, 20 – 21 October 2014

Development of Russian Law – VI: Between Tradition and Modernity, 17-18 October 2013

Russian Law at the Crossroads: Legal Scholarship and Practice in Contemporary Russia, 28 – 29 October 2010