Liiketila art collective and Minority Languages Project of the National Library Finland  have launched a crowdsourcing, or perhaps even a nichesourcing task for the public, aiming to collect spoken Uralic languages to be utilized in an art performance called MAA (land, soil, nation, ground, earth, country).

The MAA performance combines sounds, dance, aerial acrobatics and visual installations. MAA is a statement on behalf of small nations and languages and its highlights the uniqueness of Uralic languages. The premiere of MAA will take place on the 18th of June in Lahti, just one day after the VII World Congress of the Finno-Ugric Peoples (15-17 June 2016). 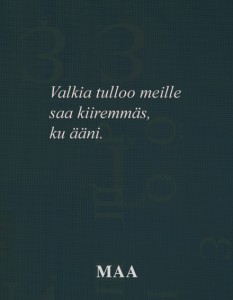 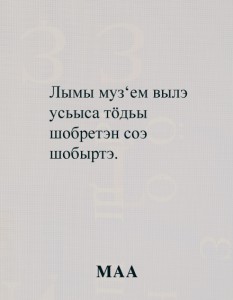 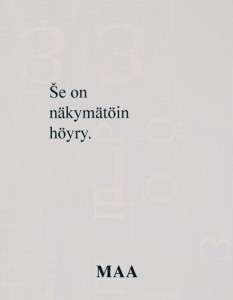 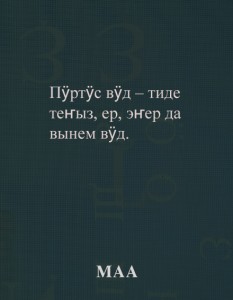 In this two-weeks’ long nichesourcing campaign, we do collect lingual content to be used as a background material for the MAA performance by using the nichesourcing methods. You may participate the campaign yourself by recording a couple of pre-selected phrases in your native languages and by sending it to the event page of MAA. The selected phrases are taken from the textbook of natural sciences, published in more than 10 Uralic languages in Soviet Union during the 1930’s. The most of the translations in Uralic languages of this Tetyurev’s text book have been made available in Fenno-Ugrica collection between 2012-2015. Now, the content of the his book will be used in an art performance.

In order to contribute to the MAA in a person, please, check the instructions either in Vkontakte http://vk.com/liiketila or in Facebook https://www.facebook.com/events/1532017020427461/

Or, just open one of the files below, read it aloud in front of your mobile phone and send the video/audio file to kk-fennougrica@helsinki.fi by e-mail.

Thanks for your contribution in advance.