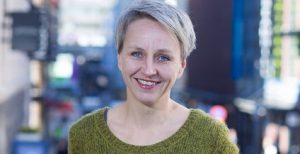 Elina Oinas has been interested in feminisms, girls, health, knowledge and the body in different locations and transnationally, since her MA thesis (1994) on menstruation and medicalization. Currently her research is about academia, context, ownership and societal transformation both in the EDIT project (on feminisms and Gender Studies in comparative perspective in Ethiopia, South Africa and Finland), as well as in the SCRIBE project with Salla Sariola, (on a medical vaccine trial conducted by Nordics in West Africa). The projects together comprise her interest in science, power, relevance, health, feminism and politics.

Elina works as professor in Sociology at the Swedish School of Social Science at the University of Helsinki, Finland (Soc&kom) since 2015. She is proud to be one of the few docents (=Adjunct Professor) in Women’s Studies since 2007, as Women’s Studies with its brief but productive moment in the history of academic feminism no longer exists in Finland. At Soc&kom Elina teaches Sociology with a major focus on gender and other structural power relations in society, and leads the research network GGRIN [link when Tuhat is published].

Elina did her phD in 2001 at the Åbo Akademi University in Sociology, entitled xxxx [pdf]. In her post doc she worked with Katarina Jungar on HIV activism in South Africa and girls’ groups in Finland. Oinas was Beatrice M. Bain research fellow in Women’s Studies at the University of California Berkeley, 2005-2006, and researcher at the Nordic Africa Institute in Uppsala in 2007-2008, where she also currently serves as the chair of the Programme and Research Council. She has also worked as lecturer in sociology in University of Turku (2001-2, 2009-10) and in Development Studies in Helsinki (2010-2015).

Her most recent research project was a consortium she lead with Leena Suurpää, on youth and political engagements in Africa, resulting in a book (with open access, have a look!) here and a fantastic special issue with Danai Mupotsa on unruly girls.

Pride is not the right word, but perhaps amazement would be the word describing the incredible, informative journey, taken with Tiina Kontinen and colleagues during the project Developing Development Studies in Tanzania and Zambia 2010-2016.

Elina is currently serving as a member of the Excecutive Board of the International Sociological Association 2018-2022, and chair of the UniPID, Finnish University Partnership for International Development. She is also fully aware of the fact that she should quit some of her network engagements, but finds academic institutional care work important, and sees how all this informs her research on idea(l)s of science. In the near future, however, she hopes to be able to prioritize EDIT, finish the book and articles on SCRIBE and also have some fun with friends and colleagues and dog companions in different forests, hilltops and waters.

This last part is relevant here, as trying to find ways and cultivate an existence as academics with healthy awareness of time, self and boundaries seems harder than ever, regardless of one’s credibility in practices of public rejection of competitive, neo-lib academia. So EDIT, hopefully, is also about life in general, and breathing and sharing.