The title needs a little explanation. Before taking up my one year EURIAS fellowship at the Helsinki Collegium for Advanced Studies, I was privileged to spend more than three years as Director of the Institute for Advanced Studies in the Humanities (IASH) at the University of Edinburgh. Before that, to give my journey even more context, I was Dean of Research of what is now the College of Arts, Humanities and Social Sciences. I was therefore familiar with IASH’s work before I became Director. And I am a connoisseur of Institutes of Advanced Studies! 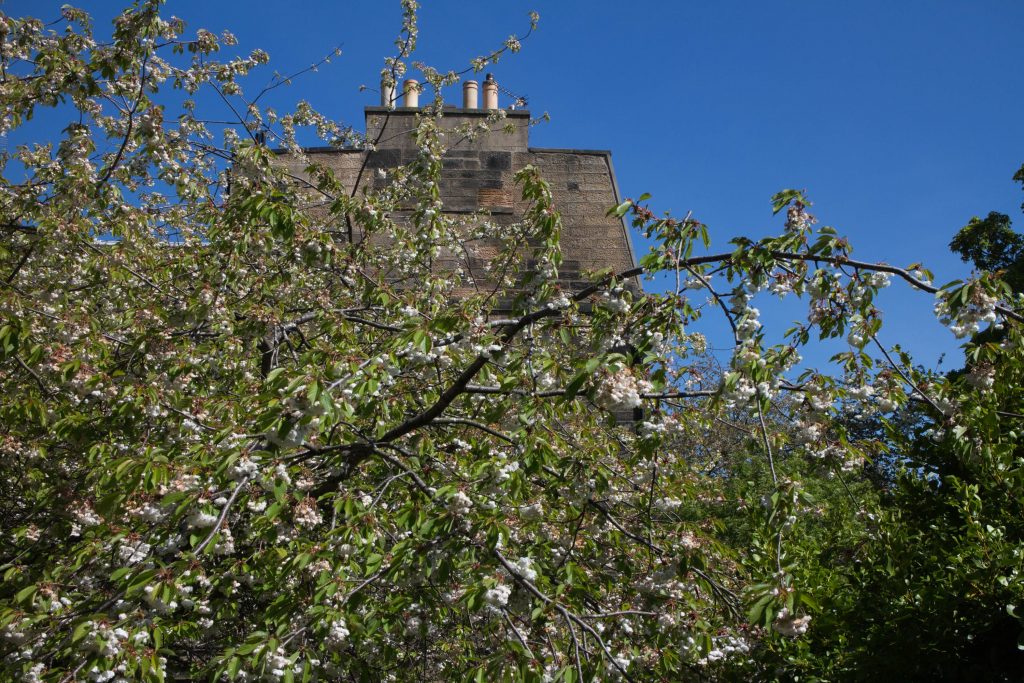 During my IASH directorship, I had the opportunity to involve myself in the work of a number of international networks in which we participate, including CHCI, UBIAS and ECHIC. I even came to a meeting at HCAS a few years ago. One of the huge pleasures of my time as director was organising and hosting in Edinburgh the 2017 ECHIC Conference under the rubric of inside/OUT. For me, this showcased the best of what humanities centres and institutes (and here I include not just humanities in the narrow sense, but all of the human sciences) can do. The plenary lectures were engaging and broadly focused, highlighting the strong links, for example, between fields of cultural studies and the social science disciplines of political science and sociology. Our shorter presentations and lightning talks were just that: short, punchy, informative. We fostered engagement between scholarship and broader society, with two broader panels focused on populist politics and on IASH’s Dangerous Women Project (another achievement of which I am incredibly proud). And we linked colleagues from universities across Europe with senior colleagues in humanities and social sciences management in Scotland and Ireland, in a very supportive encounter at the Scottish Parliament. 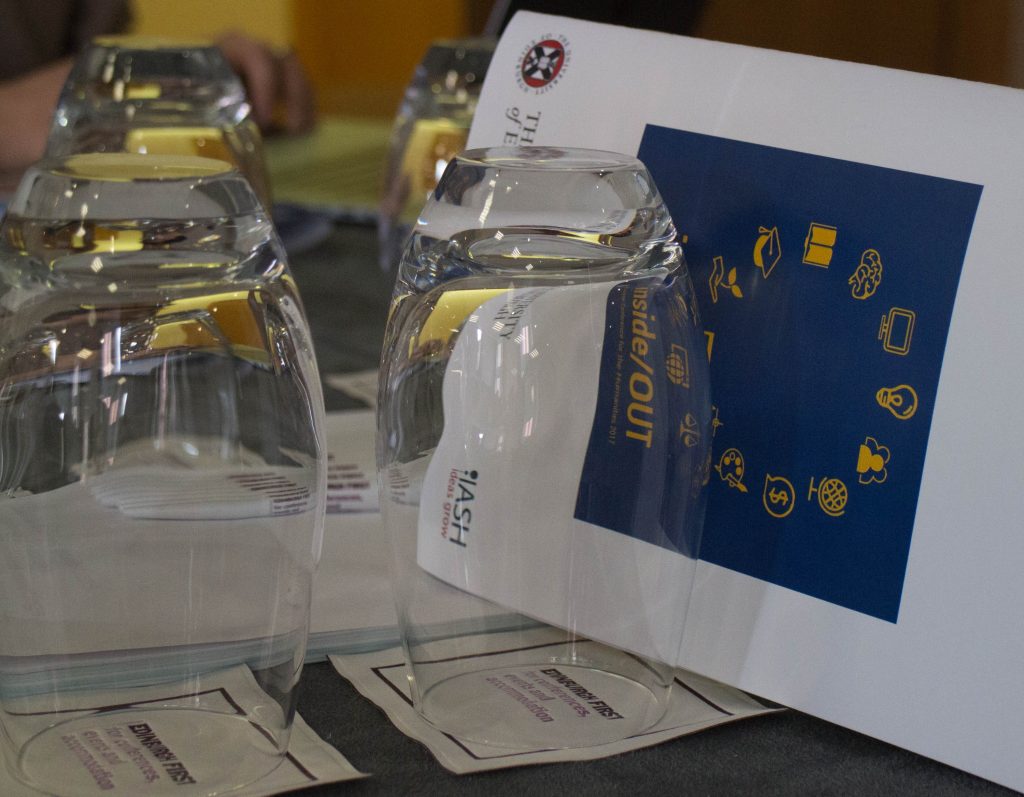 At the end of my term of office, I thought it would be good to spend time on the other side of the IAS fence, as a consumer of the values of interdisciplinarity and scholarly community that are the distinctive facets of Institutes of Advanced Studies wherever they are found. I can confirm, HCAS truly is a great place to rediscover your scholarly habits and to (re-)lay the foundations for a research programme. I’m sure it’s an equally apt destination if what you are looking for as a scholar is somewhere to finish a project and to write up some research for publication.

It is interesting to muse for a moment on the similarities and differences between my Edinburgh and Helsinki experiences, quite apart from the huge contrast between being director and being a fellow. Obviously the two universities are quite different in terms of history, heritage and organisation, although they are partnered together within the League of European Research Universities. There is, as a result, quite a bit of traffic between them, at the level of senior management and deans, as well as a number of research collaborations that I am aware of. An event was organised by colleagues in Edinburgh’s School of Languages, Literatures and Cultures to mark #Suomi100, highlighting research on Finland or by Finnish scholars in Scotland. During my time as Director of IASH we have regularly hosted scholars from Finland, especially those benefiting from Academy of Finland funding comprising a mobility element. There seems to be quite a lot less traffic in the opposite direction, as far as I can see, although I would be happy to be corrected by others with better data. This is despite the more general interest in Finland as a relatively young, rather small and fiercely independent state that exists in Scotland. I think there are regular visits here from the Scottish government and Scottish public bodies, interested in the many things that Finland gets right and which Scotland could do better at (education and innovation being two such things). Scotland has recently adopted the baby box initiative. The UK as a whole, which has a terrible homelessness problem, has shown an interest in how Finland is tackling the scourge of homelessness.

But returning closer to home, it’s worthwhile reflecting on how the two institutes/bodies fostering ‘advanced studies’ continue to flourish in university environments where so-called key performance indicators are becoming the dominant features of everyday life. It is very hard to count the value of giving scholars space and community to flourish. The collaborations that flourish in the environment of an institute of advanced study often take years to come to fruition. In a world obsessed by causality, can we really claim that the residency in the IAS ‘caused them’? New research grants or research collaborations which enrich the university may have been fostered by cross disciplinary discussion and debate within the IAS, or between IAS fellows and scholars in the Schools and Faculties of the host university, but again it is hard to pinpoint causality, or to highlight just what benefit or reward should flow back to the IAS as a result of its contribution to the university’s mission. And notwithstanding the ‘pure’ scholarly nature of the space and time to think offered by each of the two IASs, it is also the case that both Helsinki and Edinburgh are committed to public engagement and to taking the insights of the work of scholars to broader communities. Both IASs see the intense benefits that come from the juxtaposition of different types of ‘creative’ impulse, bringing creative arts fellows into dialogue with those on working within more ‘academic’ schemes.

I am convinced that for a university to maintain and develop an IAS it needs an a priori commitment to fostering the benefits of autonomy and scholarly enquiry that are intrinsic to their flourishing. A reductionist and calculating approach to benefits (‘does it wash its face financially?’) is liable to result in the downgrading of one of the most valuable aspects of international academic community, without appropriate staffing and funding. Management structures that integrate the IAS into the host institution, whilst preserving academic independence are vital. That said, IASs, their staff and their fellows also have responsibilities to intensify their collaborations within and beyond the host university and to tell the world all about it. They can no longer be, if they ever were, quiet inward-looking places. Websites, social media, blogs and more traditional scholarly communication mechanisms all have a role to play. In addition, former fellows and other stakeholders need to be kept in touch with and activated for their support, through newsletters and annual reports (pdf), particularly at key times, such as in the run up to anniversaries (hint: IASH goes 50 in 2019!).

In my still limited experience, I’m happy to say that both Helsinki CAS and IASH Edinburgh fit neatly into that model which brings together the inside and the outside; I sincerely hope that both will have many years of fruitful work ahead of them, based on their respective mottos of being the place where ‘ideas grow’ and offering ‘freedom to think’. 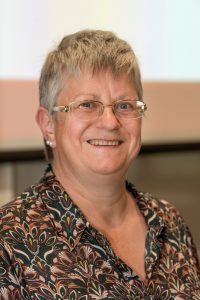 Jo Shaw holds the Salvesen Chair of European Institutions in the School of Law at the University of Edinburgh and is a EURIAS Fellow at HCAS for the academic year 2017-2018. Her research interests lie in the field of citizenship, and you can find out more about her current work by following her blog.