We are excited to welcome the following speakers and panellists: 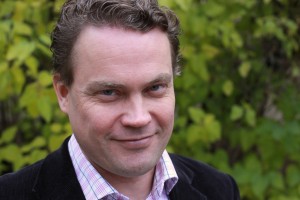 Dr Juhana Aunesluoma is Research Director at the Network for European Studies, University of Helsinki. His research interests are the Nordic region in the Cold War, Finnish foreign policy as well as foreign trade policy in the 20th century, and the conceptual and empirical study of the interplay of the international political economy with foreign and security policy. 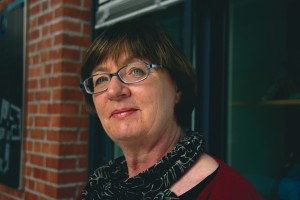 Svanhild Aabø is professor in library and information science at Oslo and Akershus University College. Her teaching topics are Information and Cultural Economics and Library Management. She has work experience from both public and academic libraries. She holds a doctoral degree in media science from the University of Oslo, based on her project The Value of Public Libraries in Society. Her research topics are two-fold. The first explores the value, impact and outcome of libraries in a wide sense. The other research area is based on the PLACE-project (Public Libraries – Arenas for Citizenship) which investigates how public libraries are used as meeting places in the community and arenas for public debate. 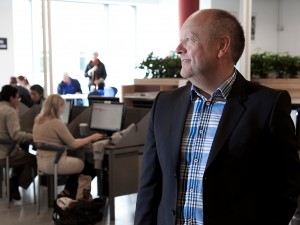 He received his degree in librarianship DB in Copenhagen in 1984, and he is a chartered librarian. Besides that he has studied Scandinavian literature and languages and Italian culture and literature at the University of Southern Denmark.  He has taken positions at the council of Short and documentary film in The Danish Film Institute and is present member of the board of regional section of national TV2 in Denmark and a member of the Danish Library Association.

He has been an active member of IFLA and has served in IFLA SC for Public Libraries and he has taken part in every WLIC meeting and midyear meetings of the section in the period.  He has also given presentations and facilitated sessions at the IFLA WLIC’s. He is now a reelected member of the IFLA Governing Board. 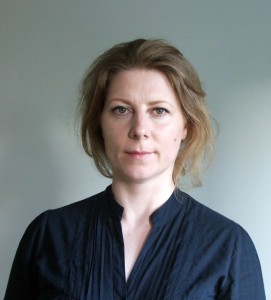 Audrone Balse – librarian, project manager, lecturer. I am a Master of Communication and Information Sciences (Vilnius University, Lithuania). I became an academic librarian at the time of studies, later – a lecturer of Library Science and Informology study programs at Klaipeda University. Almost two years ago I became a public librarian. At this moment, I work at the Department of Regional Studies and Digitization of Klaipeda County Public Ieva Simonaityte Library. I am a creator, a coordinator and a manager of many different librarian projects, and a lector of various national and regional projects aimed at developing digital, information, and computer literacy of librarians and residents. In my professional activity I try to facilitate creation of library, meeting the requirements of modern time. 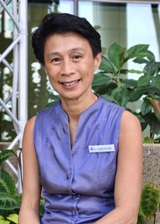 She believes strongly that libraries must innovate continually to remain relevant to its users, especially in this age where internet search engines and handheld devices are so pervasive. She played a key role in transforming the National Library from a traditional library to one that is very much more accessible through the internet and mobile devices, by curating stories and digitising content such as newspapers and putting them on the web for easy search and find, 24 by 7. 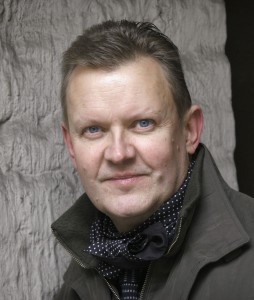 National librarian, professor, chair of FAIFE 2009-13. Research on censorship for 20 years, author of more than 20 books. 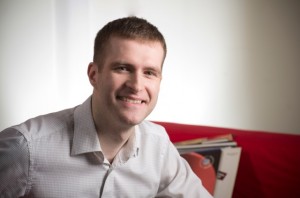 Rafał Kramza is President of the Information Society Development Foundation (FRSI), and Director of the Library Development Program in Poland, an initiative to help Poland’s libraries increase their capacity to support the development of local communities through modernization of their equipment and advancement librarians’ skills. The program, a joint initiative of the Bill and Melinda Gates Foundation and Polish-American Freedom Foundation, covers more than 3,800 libraries. FRSI carries out projects and campaigns involving institutions and organizations operating locally that support them in making use of the potential of ICT and conducting activities which make it easier for inhabitants to gain access to knowledge and education, motivate them to act and encourage to cooperate.

For more than 10 years has been gaining a professional experience and knowledge on developing civil society, working for the non-profit sector, coordinating, supervising and evaluating various projects and initiatives primarily supporting the development of local communities. 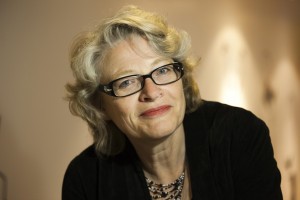 Inga Lundén is the City Librarian and director of Stockholm Public Library. She has double degrees, both in journalism at Gothenburg University, and in library and information science at Borås LIS.

Her curiosity and passion for words has lead her through a career as newspaper journalist, starting a book mobile as a librarian, director of communication at Gothenburg Public Library, project manager for a local government reform in Gothenburg, editor for a literary magazine for the Swedish Book and Library Fair, library director/director of Culture/Director of Arts and Leisure in Gävle (90.000 inh) and Director of Stockholm Public Library (serving 870.000 inhabitants).

Inga is in the executive and governing board of IFLA. She is the former president of the Swedish Library Association (2010-2014) and has also been in the board of Stockholm university Library- She was a mentor for the International Network of Emerging Library Innovators (INELI) by Bill & Melinda Gates Foundation.

Inga has lectured at the University of Gothenburg and the LIS university of Borås and in many international conferences all over Europe, but also in Unites States, China and Australia. 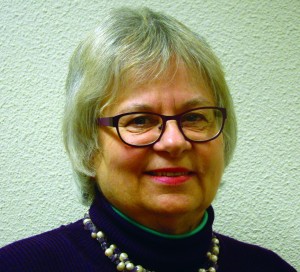 Jennefer Nicholson joined IFLA as its Secretary General in September 2008. As the Chief Executive Officer she is responsible for the strategic direction and operational and financial management of IFLA, and has been instrumental in increasing IFLA’s strategic influence within the international information environment on behalf of the library services sector.

Jennefer was Executive Director of the Australian Library and Information Association (ALIA) from 1999 to the end of 2005, following six years as deputy executive director. With the ALIA Board, Jennefer led the organisation-wide re-visioning and re-structure that positioned the Association as a dynamic twenty-first century organisation.

Jennefer has graduate qualifications in library and information science and in public policy. 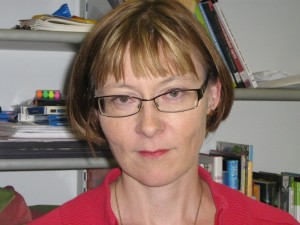 Rebekka Pilppula is Director, Cultural and Library services at Joensuu city since 2013. Previously Pilppula has been Director of Libraries in Joensuu 2005-2012 and the head of the mobile library department (2002-2005). She has been a member of the board of the Finnish Library Association (2006-2011) and a member of IFLA’s Public Libraries section’s standing committee (2010-2013). She was elected as the chair of the Council for Public Libraries 2013.

Jaime Ríos-Ortega has a degree in Pedagogy, a master and Ph.D. degrees in Library and Information Science by the National Autonomous University of Mexico (UNAM). He is full-time research joint the UNAM Library and Information Science Institute of Research (IIBI) since 1996. From 2012 onward he is Director of IIBI-UNAM. In 2008 he was Director of the National Library of Mexico.

In 2012 he has assumed the responsibility as Manager of the IFLA Regional Office for Latin America and the Caribbean. 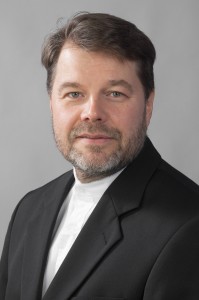 Jarmo Saarti is the Library Director of the University of Eastern Finland (UEF) and adjunct professor (docent) in the University of Oulu. He graduated from the University of Jyväskylä in 1986 (MA). He was awarded his PhD (information studies) at the beginning of 2000 and his second PhD (literature) at the end of the 2013. He has been the chair of the board of the National Repository Library in Finland (currently the vice-chair) and a member of the board of the National Library of Finland. He has been a member of the IFLA’s standing committee of the University Libraries and Other Research Libraries Section and is at the present member of the Standing Committee of the Section on Document Delivery and Resource Sharing. He was elected as the chair of the Finnish Research Library Association (STKS) for the years 2014 – 2015. He has specialized in the knowledge organization of fiction and in the management of libraries. He has published about 250 professional and academic papers and he has written, co-written or edited about 30 books.

Donna Scheeder is currently serving as president-elect of the International Federation of Library Associations and Institutions, (IFLA), the global voice of libraries.  She has served on the IFLA Governing Board previously for 6 years, two as Treasurer. She has been a member of the Standing Committee on Libraries and Research Services for Parliaments for 8 years.

Donna Scheeder is currently the Deputy Chief Information Officer at the Congressional Research Service, Library of Congress. She is responsible for Knowledge Management, Content Management, Records and Archives, Video Production and the Web Analytics program areas. Previously she served as Director, Law Library Services, at the Law Library of the Library of Congress from 2004 to 2010. Prior to her service in the Law Library, Ms. Scheeder held a number of positions with increasing responsibilities at the Congressional Research Service.

She is a former President and Treasurer of SLA. She is also a SLA fellow and a recipient of the John Cotton Dana award given in recognition of outstanding contributions to the field of special librarianship  and was selected to be a member of the SLA Hall of Fame.

She is a member of the Advisory Board for both the Computers in Libraries and Internet Librarian conferences. Internationally she has conducted workshops for the Global Center for ICT in Parliaments, and presented papers and conducted workshops in Japan, Brazil, Australia, and Canada in response to invitations from officials of those governments.

Ms. Scheeder lives on Capitol Hill in Washington D.C. and is very active in her community. She chairs the Eastern Market Community Advisory Committee and serves on the Board of the Hill Center. 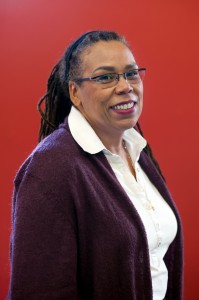 Judith is the Head of Idea Store, based in the London Borough of Tower Hamlets in London’s East End. Idea Store provides modern library, lifelong learning and information services in comfortable and friendly surroundings that have transformed the area by attracting over two million visits per year.

Judith has lived and worked in the east end of London for over 25 years. She has a wide range of experience of working both within the voluntary sector and having managed the London Borough of Tower Hamlets’ third sector grants and community development programmes. In 2002 she joined the Mayor for London’s office and established and managed the Greater London Authority’s London Boroughs’ Liaison unit.

Since 2004, Judith has led the strategic development of the Idea Store programme. In 2009, following extensive public consultation and review, she introduced a refreshed Idea Store Strategy which has a ‘future proofed’ service delivery model that continues to be at the leading edge of library provision nationally, and that meets the needs of local residents. The first of the new generation of Idea Stores, Idea Store Watney Market, opened in May 2013. 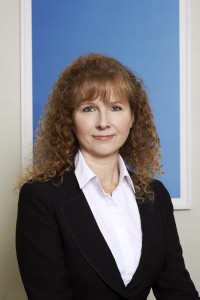 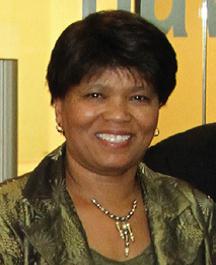 Ellen Tise is Senior Director, Library and Information Services at Stellenbosch University South Africa since January 2006. She previously held positions at the University of the Western Cape from 2001–2005, and at the University of the Witwatersrand from 1996-2000, in South Africa. Ms Tise was appointed to the UNESCO International Advisory Committee of the Memory of the World for the period 2011-2014. In October 2012, she was appointed Chairman of the Board of the National Library of South Africa from 2012–2015.

She has published various articles in professional journals and is a regular speaker atnational and international conferences, seminars, symposia, etc. 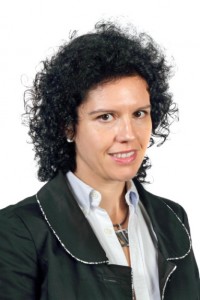 Dr Torras is particularly interested in capacity building of librarians and other information professionals. She has specifically worked and published on the professionalisation of the academic librarian’s pedagogical role in student and research support. 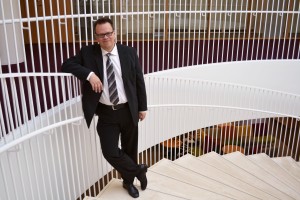 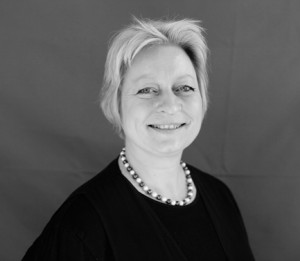 Tine Vind is Head of Division for Libraries at The Danish Agency for Culture since april 2013.

Previously Tine has been Head of Culture And Leisure in Lyngby-Taarbæk Municipality and Head of Libraries in Ballerup Municipality in Denmark. Before her career in library leadership Tine has been a Senior Lecturer in musicology and librarianship at The Royal School of Library and Information Science, Copenhagen, Denmark.

Tine is trained as a librarian from the Royal School of Library and Information Science in Copenhagen and  has a degree, MA, in Musicology from The University of Copenhagen. In 2008 Tine became MMD, Master of Management Development, from Copenhagen Business School.