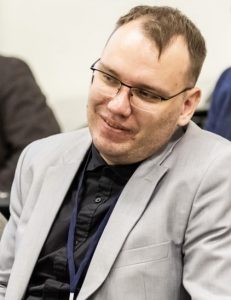 I am a doctoral student at the program of Russian History at the European University at St. Petersburg (EUSP). I also work as a researcher at the Center of Modernization Research at the EUSP.

I graduated from the Novosiberian State University with a B. A. in social philosophy in the 2016. Then, I decided to change my academic field, and graduated from EUSP with an M. A. in Russian imperial history in a comparative perspective in 2019. My research interests include comparative history of empires (with particular focus on the 18th Century), history of governance, and historical sociology. Now, I have two research project in progress.

My first project is my PhD thesis, titled “Imperial Authorities and Local Law in the Age of Catherine II (based on materials of Belorussian Gubernias), 1772-1792”. It is devoted to the process of administrative integration of the territories that became a part of the Russian Empire after the First Partition of Poland (1772). My focus is on the process of interaction of the Russian authorities with the local law. Polish-Lithuanian civil law remained in action on these territories until 1840, and appellations to the local law were an important part of the imperial legal discourse. I hope that my research will be able to deconstruct the outdated narrative of “absence of legal consciousness” inside the Russian authorities during the 18th Century. I am going to finish the historiography and comparative parts of the research during my stay in Helsinki. The rich collections of the National Library and Helsinki University contain enormous source of material and inspiration.

My second project is a result of my work at the Center of Modernization Research. It is devoted to the dynastic and symbolic aspects of the Russian external policy in the 18th– the first half of 19th Centuries, and their role in the process of modernization of the Russian state and society. The project is focused more on the historical sociology’ manner rather than a “purely” historical one. I hope my visiting period in Helsinki will be a great contribution in this project which is still in the early stages. 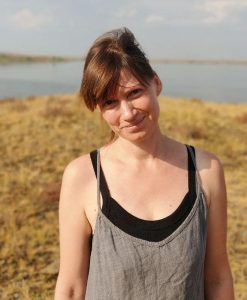 I am a PhD candidate in the doctoral programme of the Higher School of Economics at Saint-Petersburg. My main research topic is a Russian language segment of online marketplaces for illegal goods. My PhD thesis describes a mixed-method study of the cryptomarket “Hydra”. The recent closing down of large online platforms abroad and on the territory of the Russian Federation has led to the emergence of new, more powerful and stable markets on the Internet. This fact shows that it will be impossible, in the near future, to eradicate the virtual method of selling and buying drugs, stressing the need for thorough research of this phenomenon.

My doctoral research focuses on controversies of urban nighttime leisure spaces and specifically considers how these spaces are historically produced and how they are constructed both socially and materially on the level of everyday life. The research design is a single case study of Rubinstein Street in the center of St. Petersburg.

Since 2010s Rubinstein Street has been known as the main bar and restaurant street in Russia and even in Europe. There are more than 80 permanent food and alcohol venues on the 750-meter street. There are also other activities such as city-wide festivals, tourist routes, street trading, horse riding, etc. This carnivalesque situation is a conflictual one as well because Rubinstein Street is simultaneously a widely known recreational zone and a residential space. Residents live in the epicenter of the party; they often cannot sleep because of the loud music, the buzz of the crowd, and cigarette smoke. Moreover, the infrastructural capacities of buildings are not suitable to host such numbers of visitors, which leads to problems with canalization, electricity, garbage system, etc. As a result, there is a long-term protest of local activists against the hyper-concentration of leisure venues.

My research aim is, first, to uncover the economic, cultural, and political processes that led to the creation of this urban space. Second, the dissertation explores ways in which residents, employees, visitors as well as infrastructures and material objects take part in the ongoing process of socio-spatial transformation of this conflictual space.

The conceptual frame of my work is based on the dialectic between two contrasting analytical approaches to urban space: critical urban theory and assemblage theory. In my dissertation, I also use a bunch of anthropological literature on urban public space and post-socialist urban process along with extensive literature on the urban night-time economy. In my fieldwork, I employ ethnographic methods: in-depth interviews, participant observation, tracking and timing of activities, digital ethnography, and the historical analysis of secondary sources. I have spent days or mainly nights at different bars and restaurants on Rubinstein Street as a visitor and have taken interviews with employees, owners, and visitors of venues as well as with politicians, journalists, residents, and other actors.

Visiting period in Helsinki would be a perfect time to write one chapter of the dissertation and a conclusion, transform another chapter into a paper and discuss the whole dissertation project with colleagues to prepare for the pre-defence in June. 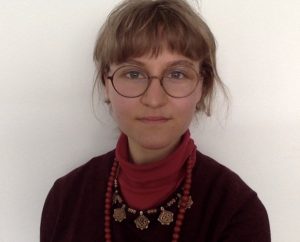 I am a PHD candidate in the doctoral programme of language studies (HELSLANG) at the University of Helsinki, where I graduated with my Master’s degree in Finno-Ugric linguistics in 2020. My main interest are the Samoyedic languages, spoken in Western Siberia along the Yenisei and its tributaries, as well as on the Arctic Coast. After completing my Master’s thesis on self-repair in Nganasan spoken interaction, it was quite natural to continue working on the language in my doctoral dissertation. My PHD project looks into the history of Nganasan lexicon, focusing on a group of words that might originate in an unknown language spoken in Northern Siberia before speakers of Samoyedic migrated there. This substrate vocabuary works as a key to Nganasan language history, as well as to the research of prehistoric language contacts in this part of the Arctic.

During my time as a visiting research affiliate I studied an unpublished collection of Nganasan vocabulary cards, gathered in the beginning of 20th century by ethnographer A. A. Popov and archived at the museum of anthropology and ethnography Kunstkamera in St. Petersburg. I hope that the data I gathered can later be used to create language resources for the modern Nganasan speaker community as well. 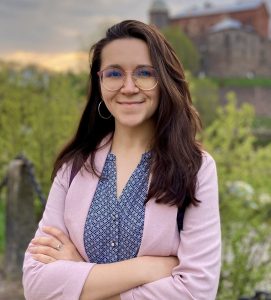 I am a doctoral student at Tampere University, Finland. My research is situated within political science and International Relation. At the moment, I work as part of the research project “Assembling Postcapitalist International Political Economy” hosted by the Politics department at Tampere University. The main research task of the thesis is to critically examine whether and how “neoliberalization” reshapes the contemporary Russian field of higher education. However, neoliberalization is a contested concept. My interest lies in, firstly, problematizing claims about neoliberalization of higher education in the context of postsocialist realities, authoritarian political system and state control. Secondly, I pay attention to territorial differentiation within the Russian Federation, i.e. to differences in these dynamics between what might be referred to as the “center” and “periphery”.

The research visit to European University in St Petersburg allowed me to make progress with my research in two directions: theoretically/analytically and empirically. I have participated in the discussions with researchers and students who work with the actor-network theory, which ontological underpinnings are similar to the assemblage theory that I imply in my research. Moreover, the visit provided me with an opportunity to collect additional ethnographic data in order to analyse the workings of Russian university governance from the angle of a non-state research university.