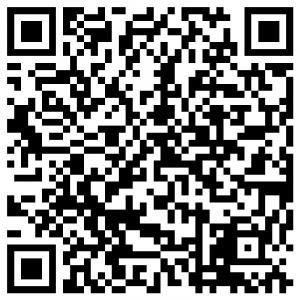 To see the full text:

Perhaps shaping the earliest tenet of international law, the pacta sunt servanda principle is the basis of contract law within Islamic business and finance regulations. In this sense agreements must be kept, conferring legal certainty to the contract parties. Therefore, this rule permits the enforceability of legal arrangements, becoming legally binding for the contractors.

The Quran, which is Islam’s first fundamental source of law, includes numerous references to what is known nowadays as the pacta sunt servanda principle. This supports the claim that the notion is not foreign to Islamic law and is compatible with its norms, particularly regarding internal and international ties between Muslims and non-Muslims.

In such a way, Muslim scholars and intellectuals recognize this precept as an essential
religious obligation 1. In accordance with the above, this conceptualization helps to clarify the importance of the responsibility of faithful and straightforward compliance in terms of pacts, contracts and commitments, governing Muslim life.

As a divine law, the Sharia, does not have to be continually updated, thus, in the context of international trade and business, Islamic law has the ability to adapt to new developments. Under the established rules of the principle of permissibility in Islamic jurisprudence, transactions or contracts are not prohibited without a clear and express provision. Thus, it can be generalized that Islamic law accommodates all types of contracts and transactions that do not lead to usury or in other ways violate the Sharia.

According to Islamic law, a contract is binding and enforceable, when there is an offer
(‘ijab); acceptance (qabul); consideration; capacity (ahliyyah); subject matter (mahal al-‘aqd) and absence of duress (ikrah).2 The purpose of the contract must also be acceptable in the context of Islamic religious beliefs. It is forbidden, or haram, for example, to trade in some things, thus, contracts for alcoholic beverages, pork or pornography are invalid and have no legal effect.

Therefore, it is evident from the above discussion that the pacta sunt servanda doctrine is intrinsically divine in the Islamic legal sphere. That is to say, it is a prescribed command of Allah and a holy procedure of the Prophet. Whereby, Allah has instructed Muslims to fulfil their words and as a result of that preserve their faith and dispense justice. If not, punishment will occur in this world and the next. Alternatively put, believers must honour their promises or face consequential action.

So, what is the objective of this principle? It acts as a means to achieve Allah’s contentment by fulfilling pledges made with him and agreements made with others. This principle is much wider than the Western idea of common good. As such, Islam wishes to attain peace and security as a result of following Allah’s commandments. Accordingly, Allah’s joy is the goal, adherence to the doctrine of pacta sunt servanda is a vehicle to acquire that goal and, peace and security is a compensation for the endeavour to achieve the goal.

Ribā is a concept which is prohibited (haram) under Sharia law. Commonly called usury in English. Mahmoud A. El-Gamal notes in the book Islamic Finance: Law, Economics, and Finance, that “the three-letter past-tense root of the term ribā is the Arabic verb ‘raba’, meaning to increase”1. This gives rise to the rough definition of ribā as a prohibition on any increase or advantage to the lender obtained as a condition to loans or deposits, effectively prohibiting such things like interest from being charged on loans and deposits. The ordinary version of ribā is called riba an-nasiya. There also remains a second form of ribā according to Islamic Jurists which prohibits the simultaneous exchange of goods of unequal quantities or qualities. The second form of ribā is known riba al-fadl.

The difference between riba al-fadl and riba an-nasiya is that in the former it is not about paying back over time. In riba al-fadl it is about trading different quantities of commodities being similar to each other. For example, it is seen haram to trade wheat for a loaf of bread. It is important to emphasize that riba al-fadl is of less importance nowadays, since barter is not a common way to conduct business in the 21st century.

In Madina, the verses [2:275–9] ordered followers of Islam to abandon all ribā. This ribā included the situation @whereby interest was charged at the maturity of debts from interest-free loans or credit sales and compounded at later maturity date.’2 There are in total 12 verses (in the Quran) that deal with ribā, but the word is only mentioned eight times. The term ribā appears the first time in the Mekkan verse in Surah Ar-Rum: ‘Whatever you lend out in usury to gain value through other people’s wealth will not increase in God’s eyes’ (English translation here).

It is important to bear in mind that the prohibition of ribā is part of the ethical and economic foundation of Islamic finance and is considered a principle of Islamic banking. The underlying reason for such prohibition is to ensure economic efficiency and equity, which seeks to prevent excessive inequity and indebtedness3. The latter explanation is connected to the idea that Islamic banks must operate in compliance with the rules of Islamic Law (Sharia Law), which require to engage only in ethical investing and moral purchasing.

The principle of prohibition of ribā, among others the ban of excessive uncertainty (gharar) and speculation or gambling (maysir), are means to ensure the main goal and objective of the Islamic economy, which is to guarantee “growth with financial stability, equity and distributive justice”4.