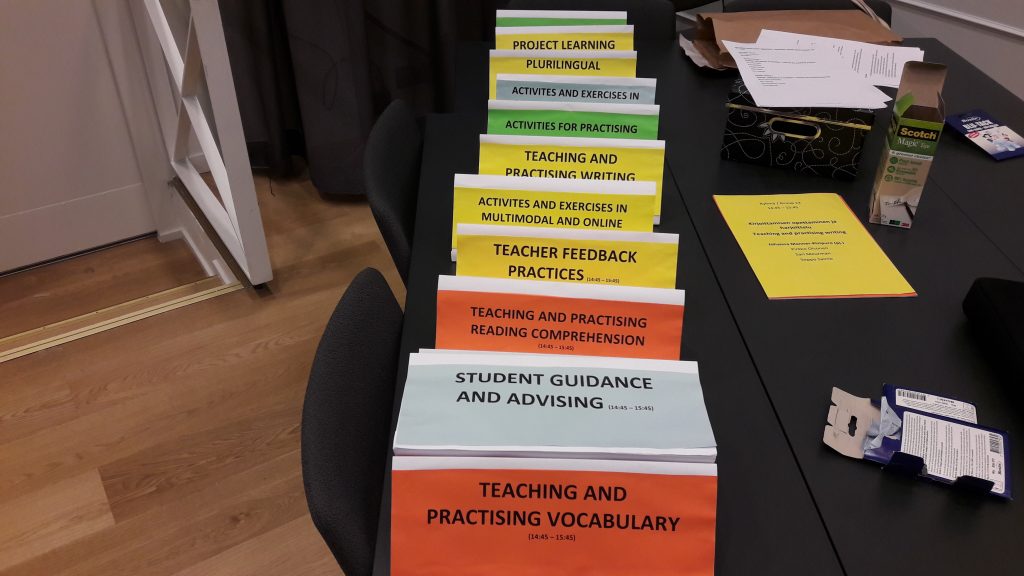 JANUARY: The academic year kicked off with a staff development seminar. Each staff member had the opportunity to develop their teaching by focusing on a topic of interest to them, cooperate with colleagues interested in the same topic and exchange ideas for the year ahead. 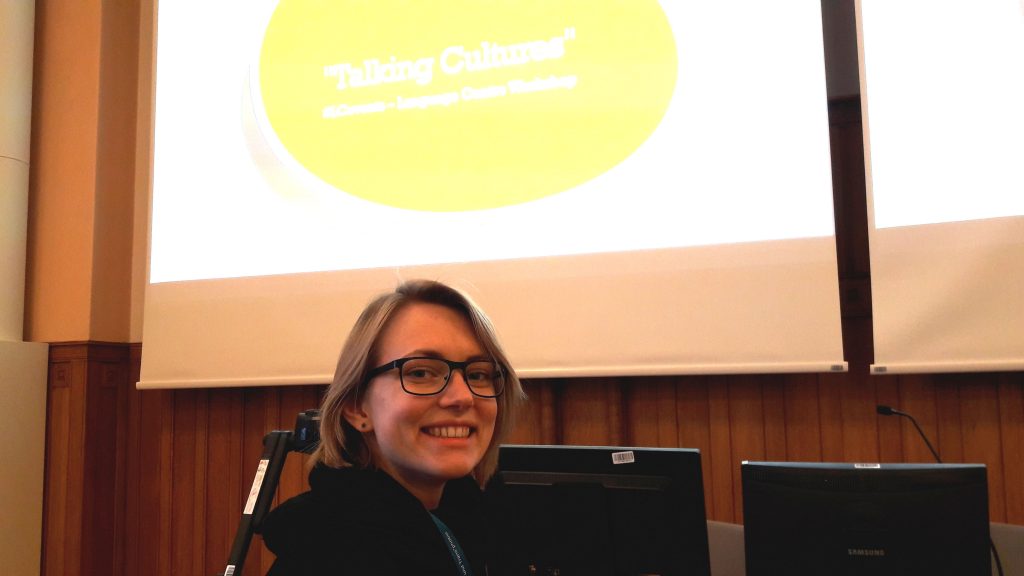 MARCH: In spring, new multilingual #LCevents workshops were launched for the staff and students of the University of Helsinki. The first workshop, Talking Cultures, focused on intercultural interaction. In the photo, the Language Centre’s international trainee Sina Timme is preparing to open the workshop session. 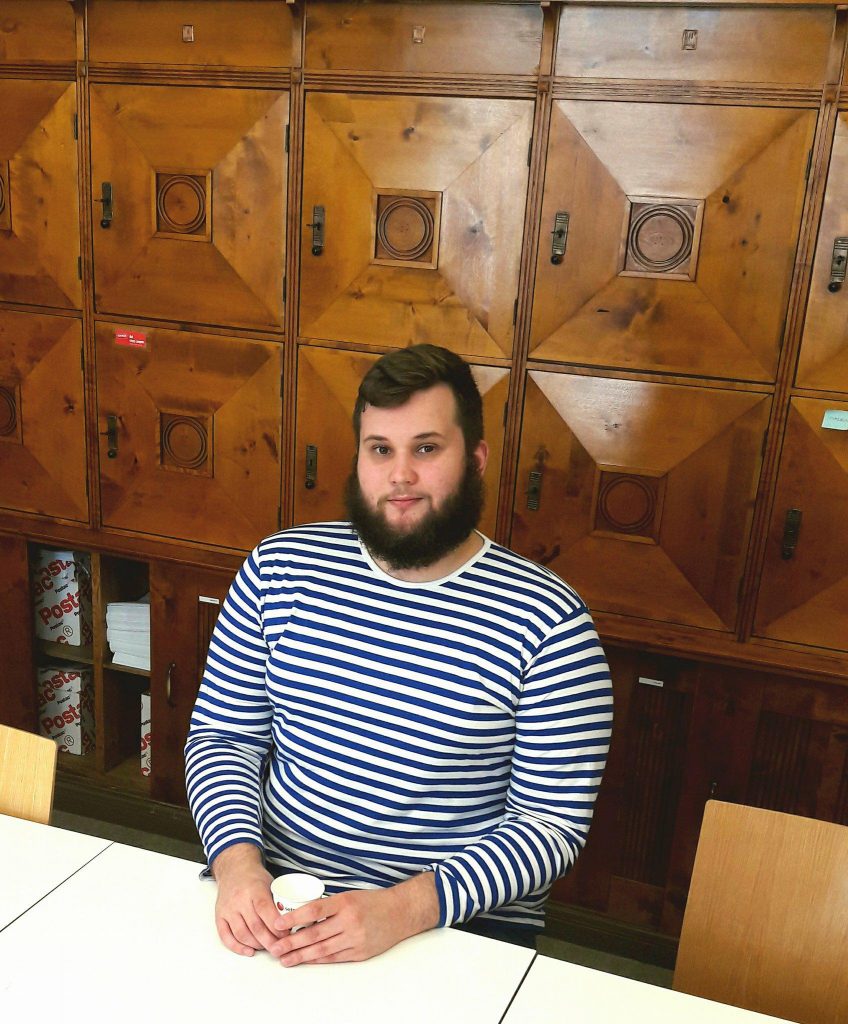 APRIL: Antti Putila, a student of the University of Helsinki, took a course in academic writing skills during which he participated in – and won – a writing competition organised by the Ministry for Foreign Affairs of Finland. The competition was part of the Ministry’s futures review inviting contributions from university students. In an interview published on the Language Centre’s website, Antti stated that the world can be changed with both words and deeds. 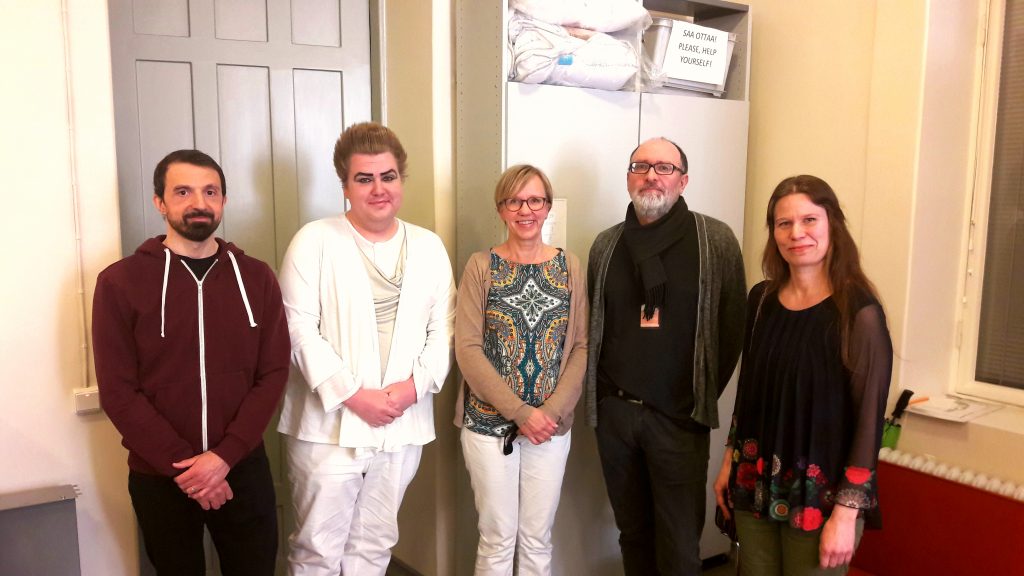 MAY: Ahti Valkonen, a political history student, completed modules in a total of four languages: Italian, German, Spanish and French. The teachers of the languages in question decided to present Ahti with an award for his excellent performance and commitment. 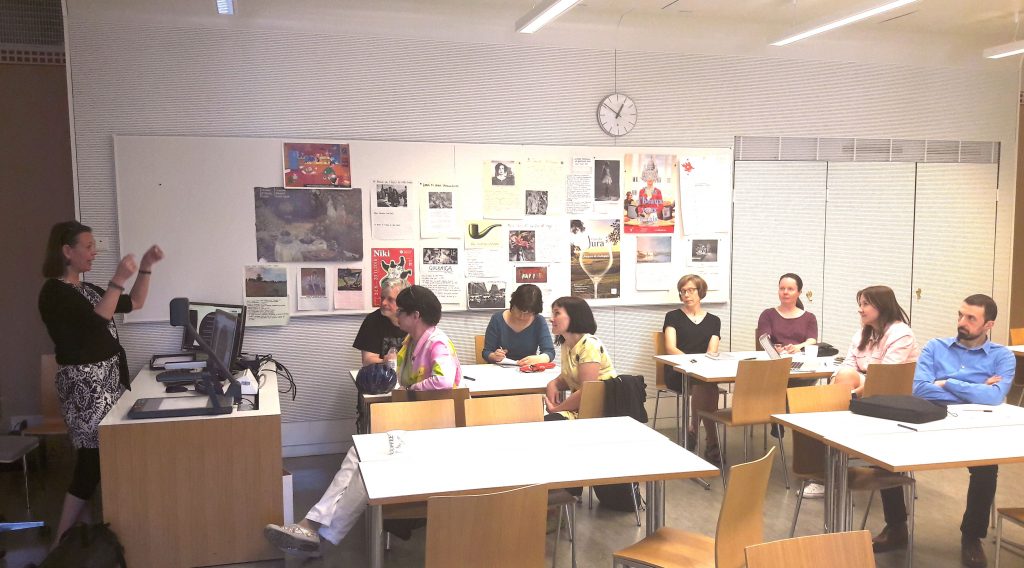 MAY: The Language Centre organises regular teaching workshops and internal training for its staff. The topic in May was unlimited digital teaching, i.e., the use of creative methods in digitally supported teaching. 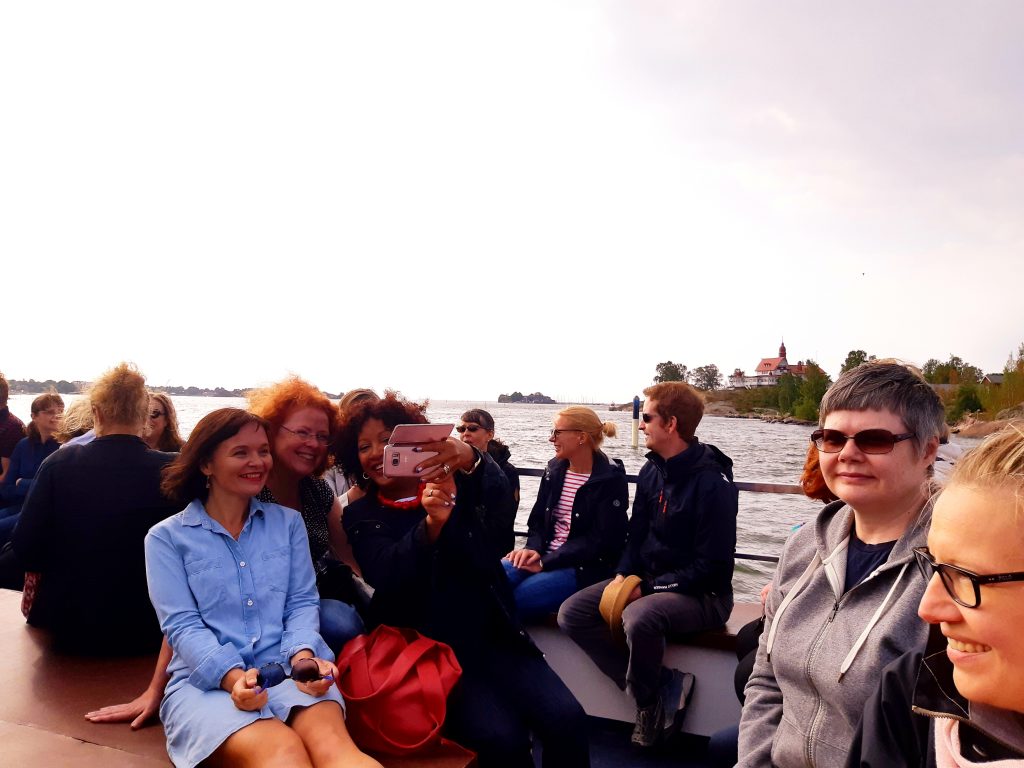 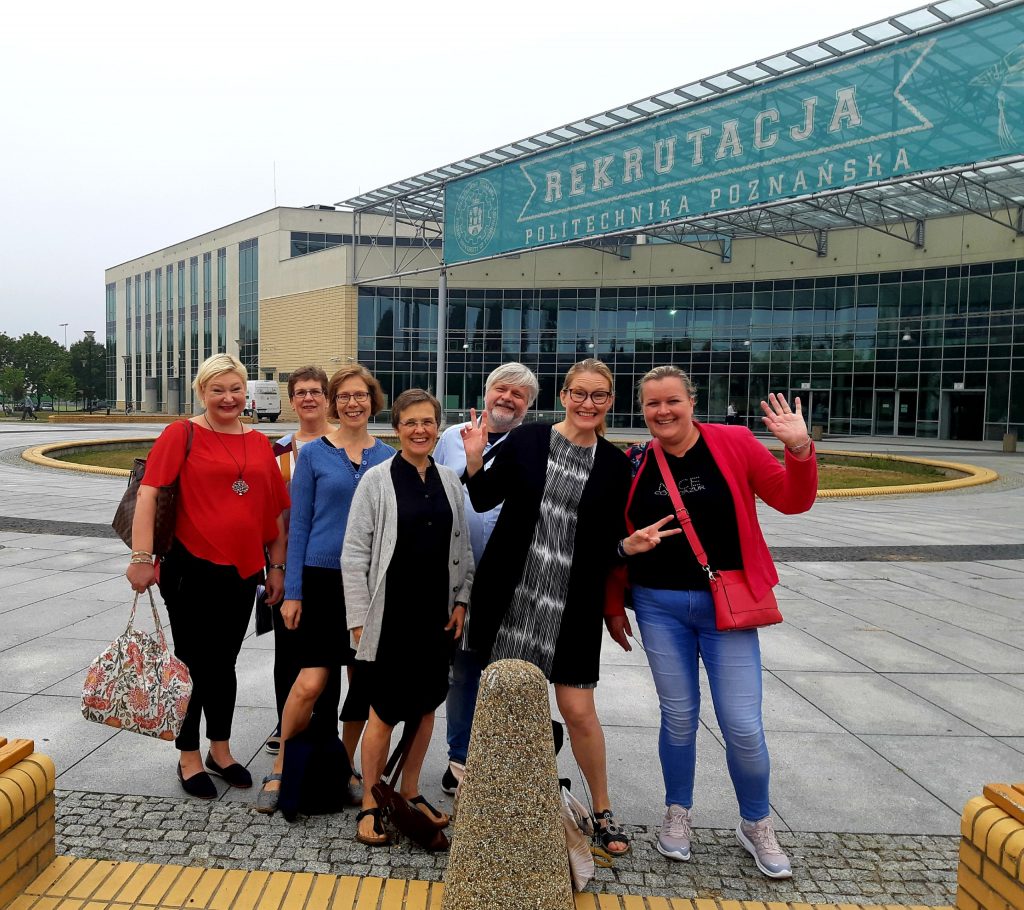 SEPTEMBER: Finland was well represented at the CercleS conference of European language centres in Poznań, Poland. The presentations of staff from the University of Helsinki Language Centre provided a diverse introduction to institutional development and the latest teaching methods. The Finns’ presentations received much praise. 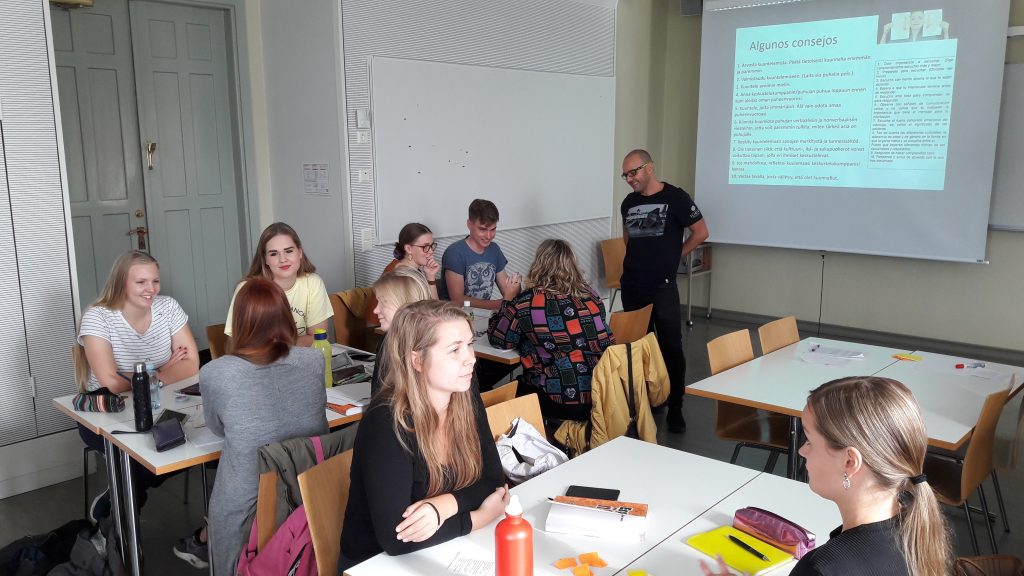 SEPTEMBER: The Language Centre celebrated the International Day of Listening both at a staff meeting and with students. The purpose of the day was to focus on the significance of listening as part of communication and language skills. In the photo, university instructor Gonzalo Hernandez-Reyes and his students focus on listening to others in Spanish class. 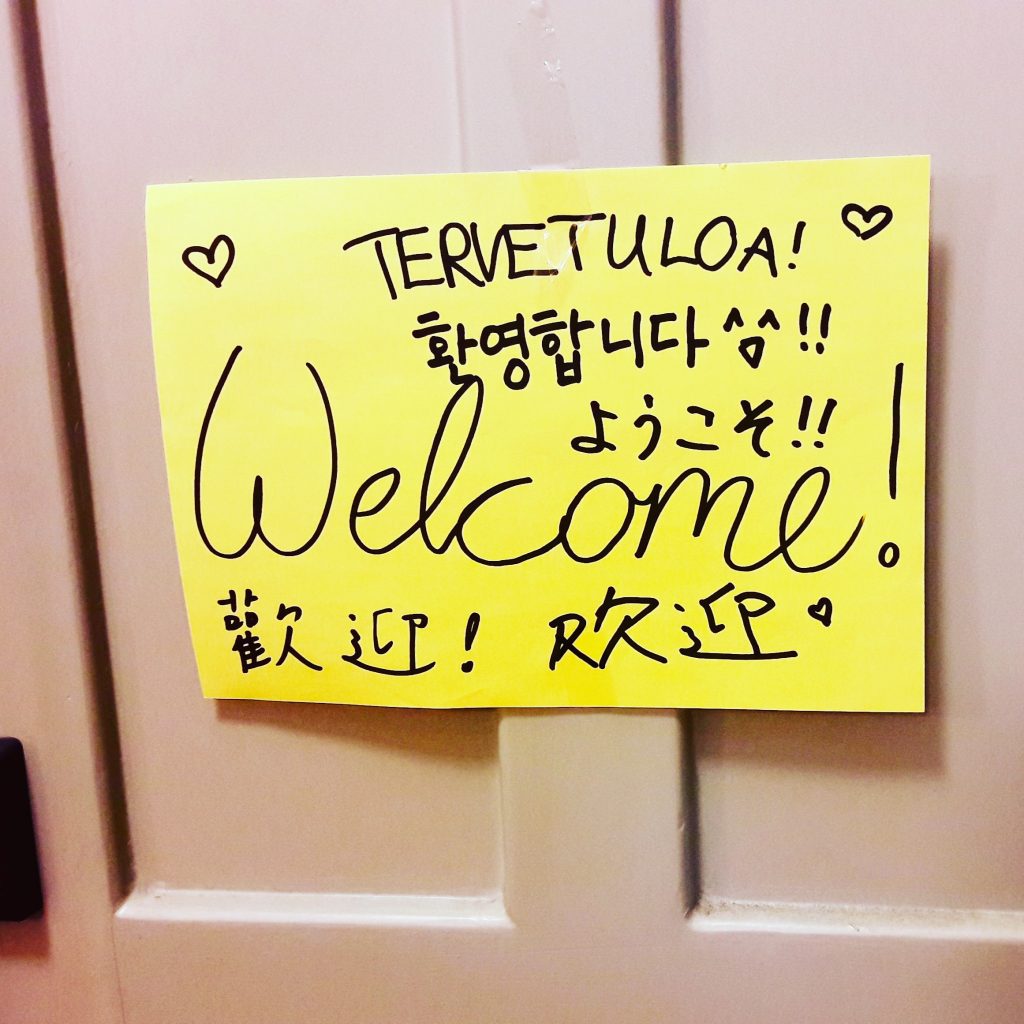 OCTOBER: The popular Asian language clubs continued. The clubs in Chinese, Japanese and Korean are open to all University of Helsinki students and staff. 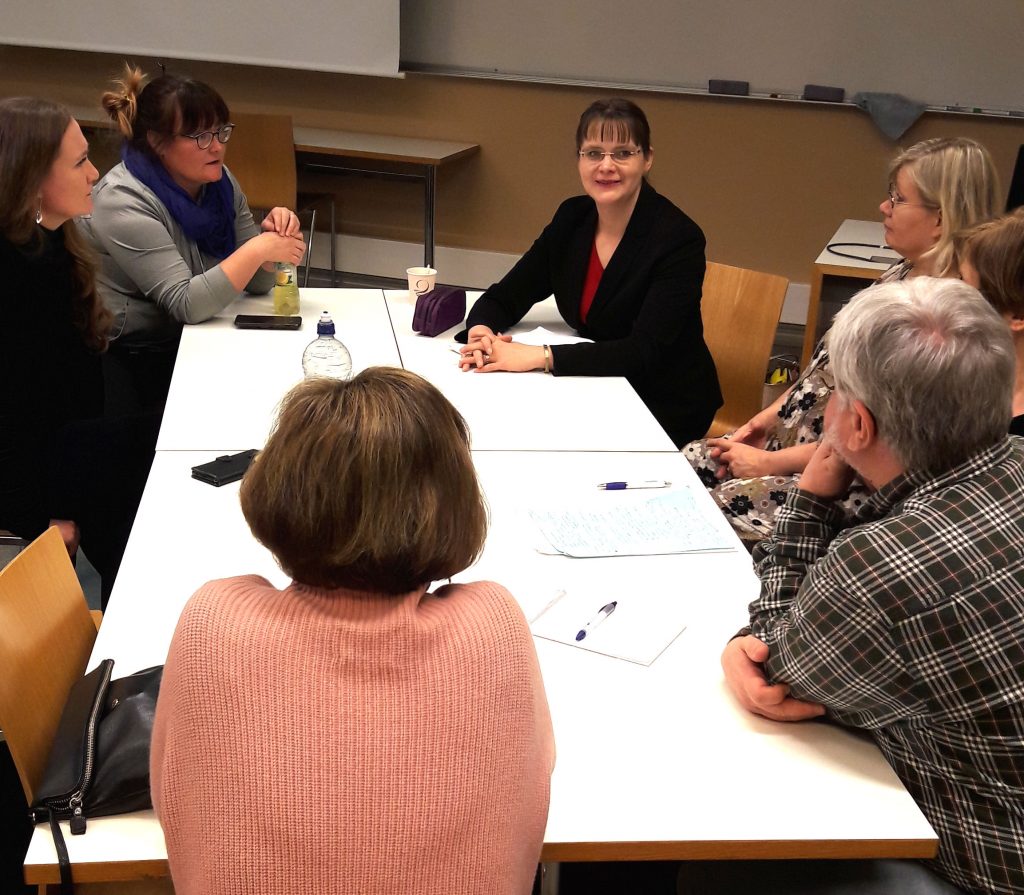 DECEMBER: In the autumn, the Language Centre’s teachers established a peer feedback group, in which teachers observed and discussed each other’s classes. A reflection session open to all was organised at the end of term. The peer feedback activities received an enthusiastic response, and a new group will be created in autumn 2019.