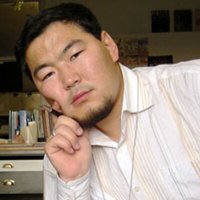 I was born in the beautiful small town as known Jargalant sum of Hovsgol aimag in north central Mongolia. The region is not only beautiful nature but also rich by archaeological monuments. I was herding cattle, riding horse and playing with kids around the visible huge Bronze Age burial mounds, standing stones and many other archaeological features when i was little boy. I often asked myself who build these huge mounds and steleas? What was the propose ? Why some of them have a circular fence and others a square fence? What is hidden under the huge stone mounds?

These simple but mystical questions led me to my future fortune. In high school I got interested in history and literature, and finally, entered the National University of Mongolia to study history. Luckily I took a job in the National museum of Mongolia right after finishing my BA in 2003, and since experience I decided to work in the field of archaeology. I have mostly focused on the mysterious Bronze Age monuments known as “Deer stones” with my colleagues from USA and elsewhere. Finnish archaeologist Sakari Pälsi and Finnish geographer J.G. Granö were some of the first researchers to document the deer stones, khirigsuurs stone mounds and some other monuments on field in 1909.

My doctoral thesis “Deer stones in Northern Mongolia” (2016) studies many questions related to the deer stone monuments. I tried to answer many of the hard questions I had been asking myself since i was a child, resulting in more than a decade of research in this field. And still trying to answer some of those hard questions today! 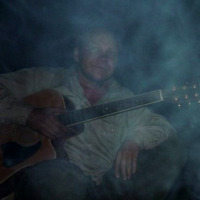 I started working together with Bayaraa in Mongolia in 2010, in the Khanuy Valley Research Project directed by Jean-Luc Houle. We have been working together ever since, firstly in Khanuy Valley, then on Altai Mountains in westernmost Mongolia, and lately in the Züünkhangai region in north-western Mongolia. Khanuy Valley was one of the places that Ramstedt and Pälsi traveled through in 1909, which was my original interest to join the project, besides the wider interest in the prehistory of mobile pastoralists, and in Altai we worked in the same areas where Finnish geographer J.G. Granö worked and traveled, also in 1909.

Through the years I have been occupied with whatever has paid my bills, most importantly on the 20th century conflict archaeology, past of pastoralist societies in Mongolia and East Africa, GIS and remote sensing applications in archaeology, multidisciplinary research in Lapland’s wilderness areas, and the archaeology of Karelian Isthmus, Russia. I have also been acting, for instance, as a field archaeologist, cartographer, surveying equipments salesman, and GIS engineer, for example in northern Siberia, Alaska, and Norway.