’Still I Rise’* – Political Narratives in a Raging World

Jane and Aatos Erkko Conference at the Helsinki Collegium for Advanced Studies, June 20-21, 2022

The Jane and Aatos Erkko Conference 2022 will examine the theme of political narratives from a number of perspectives: social scientists, literary scholars, historians and documentary film makers will come together to explore how political stories are told, silenced, challenged, and celebrated in their work. Political narratives have become an increasingly recognised area of scholarship, but many of the questions which will be addressed over these two days resonate with the age-old quest of people to make sense of their lives and of the communities to which they belong, or from which they are excluded, within the context of wider power struggles. This multidisciplinary conference will explore different platforms and registers of political storytelling, which play a critical role in realising agency and creating social transformation of an unjust world.

Speakers will discuss the role of imagination in creating, sustaining and destroying political narratives, be they historical, fictional, or personal. Utopias and dystopias alike are built on political narratives, just as counter-factual histories enhance our appreciation of the present and a vanishing of a world that might have been. These prospective and retrospective imaginings and re-imaginings, exploring the relationship between the ‘real’ and ‘the possible’, are all potent forms of political narratives, providing fertile ground for the practice of politics. The global pandemic, the refugee crisis, the dramatic effects of climate change, and the war in Ukraine are just some of the tumultuous events transforming our daily lives, revealing an urgency for a revitalised politics of belonging and accountability. With presentations from historians, political scientists, psychologists, literary scholars, folklorists and documentary film makers focusing on Chile, South Africa, Rwanda, Iran, India, Northern Ireland, Russia and other sites of protracted political conflict, the conference explores questions such as who is regarded as a legitimate narrator of affairs of the nation? Who is silenced? What is the impact of intergenerational storytelling on political narratives? Who are perceived to be the target audiences for the stories which emerge, and what are the possibilities for public intervention in this process, opening up space for more and different narratives?

Topics which will be covered include:

Molly Andrews, Honorary Professor of Political Psychology at the Social Research Institute, University College London, and the co-director of the Association of Narrative Research and Practice. In 2019-2020, she was the Jane and Aatos Professor  in Studies on Contemporary Society at the Helsinki Collegium for Advanced Studies

Lynn Johnson
Photojournalist Lynn Johnson is known for her intense and sensitive work, photographing the global human condition for the past 35 years. Recently awarded a National Geographic fellowship, Johnson is known for bringing a fresh perspective to fearsome issues. Her work has been honored by World Press Photo, the Open Society Institute and the RFK Center for Justice and Human Rights, among others, as well as by her fellow photographers at The Photo Society. Since 2013, Johnson has been a visiting professional at Syracuse University in the multimedia photography and design department.

The image of a mask used in the heading of this website and the poster for this event is from Blast force, Johnson’s series of portraits of war veterans who have suffered blast force injuries and who participated in a therapeutic art program to treat their trauma of injury, first published in the February 2015 issue of National Geographic. You can read more about Lynn’s work here. 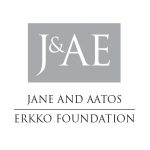 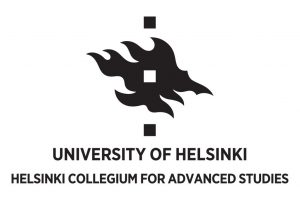