As you could read from the previous Emerging Stories from the Sea -blog post, oceans and seas are vital for our atmosphere, because they produce over 50% of the oxygen that we breathe. In the marine world, there is one specific group of organisms that is responsible for almost half of this oxygen production, they are diatoms. Diatoms are microscopic algae that rarely exceed the length of 0.1 mm, but are abundant especially during the spring period. 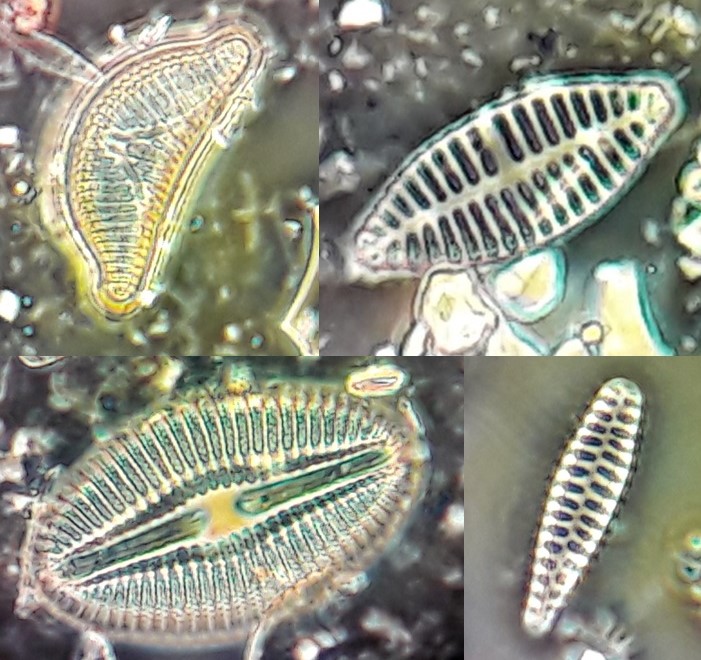 Every diatom species has its own characteristic features. Photo by Leena Virta.

Spring is the prime time for diatoms in the northern hemisphere. In the Baltic Sea, the abundance of diatoms explodes as soon as the amount of light increases and the warming of surface waters stabilizes the vertical water layers preventing planktonic diatoms from sinking to deeper and darker waters where light is too low to allow photosynthesis. The period is called the diatom spring bloom. It lasts only for a month, but during this time diatoms form blooms that are so extensive that they can be seen from space. When diatoms photosynthesize, they produce oxygen and transfer carbon dioxide from the atmosphere and store it in the bottoms of the sea. Without this service by diatoms, climate warming would take off to a whole new level.

When nutrients are depleted from the water mass, the spring bloom ends and the biomass of diatoms starts to decline. The story of diatoms is not, however, over here – they just shift from the open waters to the microphytobenthos. Microphytobenthos are species that live in or on the sediment of the bottom or are attached to submerged substrates, such as rocks or underwater vegetation. Here diatoms are food for invertebrates, which are eaten by e.g. fish that in turn may end up on the menu of larger predators, such as us humans. This food web is like a building: if we are the penthouse, diatoms form a major part of the foundation of the building. If the foundations becomes unstable, also the penthouse comes crashing down.

Although diatoms are a favorite dish for many grazers, they are not defenseless. They have developed different strategies to avoid being eaten: some species stay low and rely on the shelter of higher species; some attach themselves firmly to the substrate; and some others move up and down in the sediment while evading grazers and simultaneously searching for light and nutrients.

There are tens of thousands of diatom species in the world, and under a microscope every one of those species looks different. Even in the Baltic Sea, which in general is characterized by low species richness because of the challenging salinity conditions, a single sediment sample may contain over a hundred different diatom species, each of them decorated with unique and beautiful siliceous structures. So even though the microphytobenthic layer looks like a boring green mat, it is full of diatom personalities with different characteristics but with an equal importance for the ecosystem functioning. The lesson of this story: never underestimate the power of the small ones! 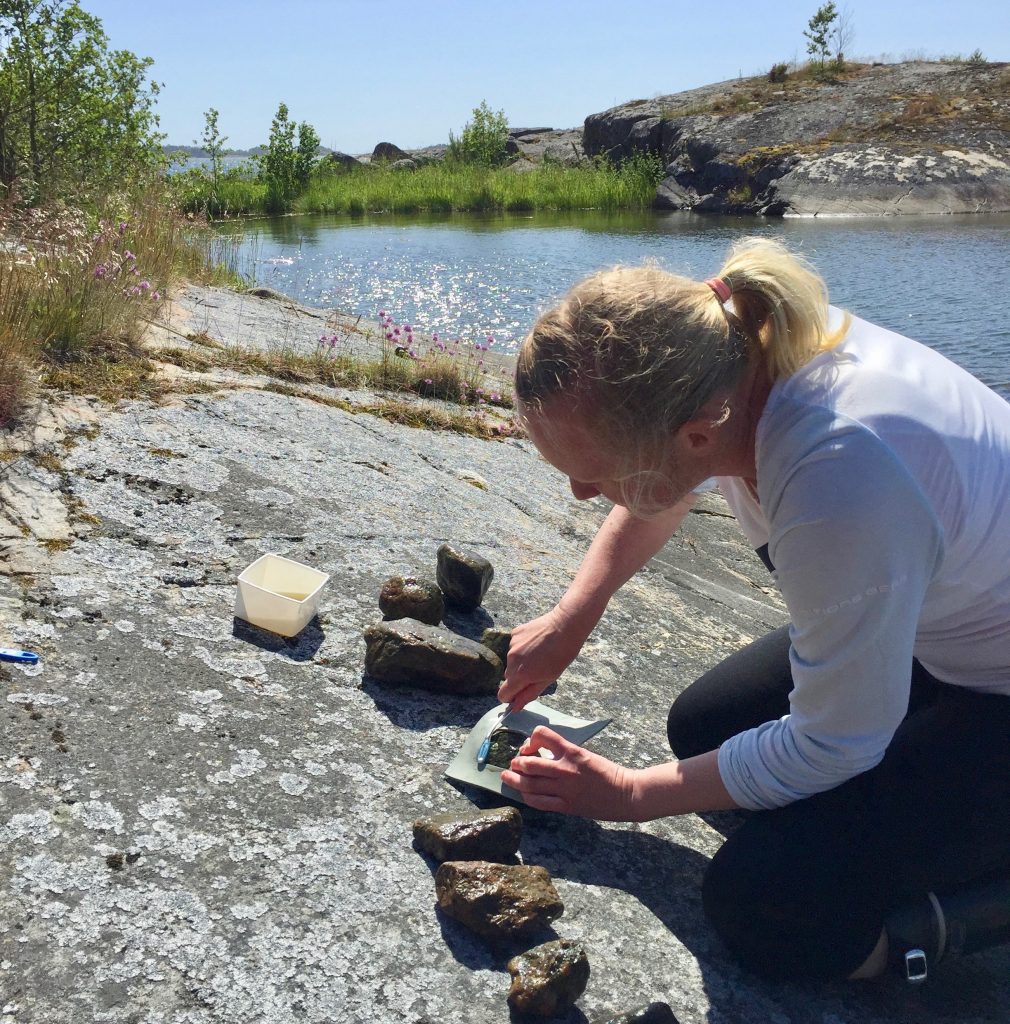 Taking diatom samples from stones in the archipelago of Tvärminne. Photo by Alf Norkko.