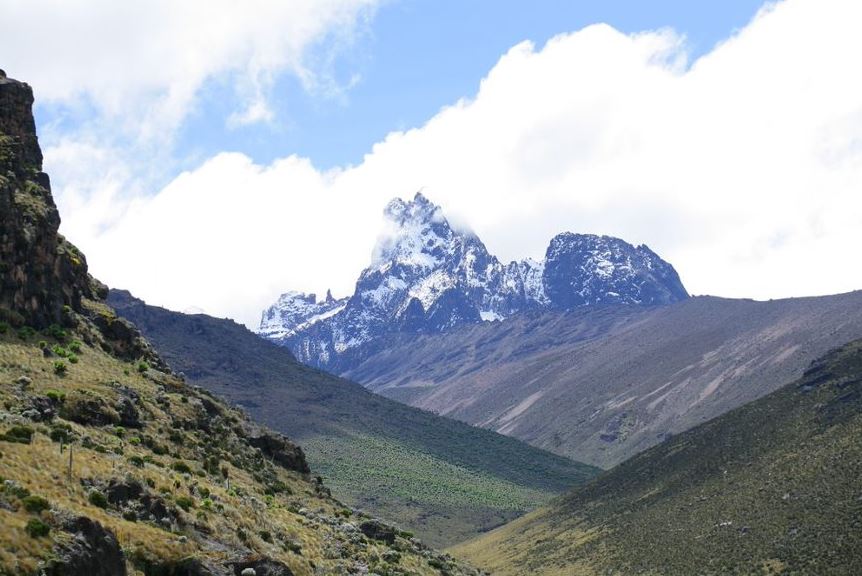 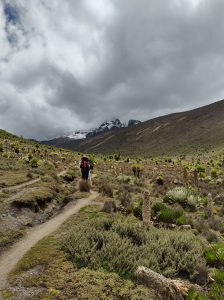 As soon as we heard about the opportunity to travel to Kenya, we started to plan a way to fully benefit of the trip to the equator. We, me and Jussi, booked our flights to arrive to Jomo Kenyatta International Airport a week before the course start and headed to the highest mountain in Kenya and the second highest peak in all Africa – Mount Kenya.

Mount Kenya is an ancient volcano located 150 km north from Nairobi, which has given a name to the whole country (originally Kĩ-Nyaa after the black and white patterns of the snowy peak). The highest peak Batian rises to 5 199 meters above sea level, but as it requires technical rock-climbing gear, we set our goal to the third highest peak, Point Lenana (4 985 m).

On the airport we met the driver and handyman of the Taita Research Station Ken, who organized the whole tour to as. With Ken we drove to the western slope of the Mount Kenya to a city of Nanyuki, where we spend our first night acclimatizing to the thin air in 2000 meters above sea level. During the day we also visited an animal orphanage, which offered a home to injured and abandoned wild animals. 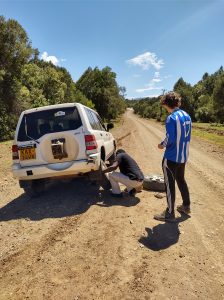 Next day we drove with our guide Patrick, cook Peter and ported David and Ken we to the gate of Mount Kenya National Park. From the gate we started our tour to the first banda hut Old Moses to spend our first night at the true mountain atmosphere in 3300 meters. Banda hosted also many other travelers ascending or descending from the mountain. Most of those expedition parties were at our company almost the whole tour. 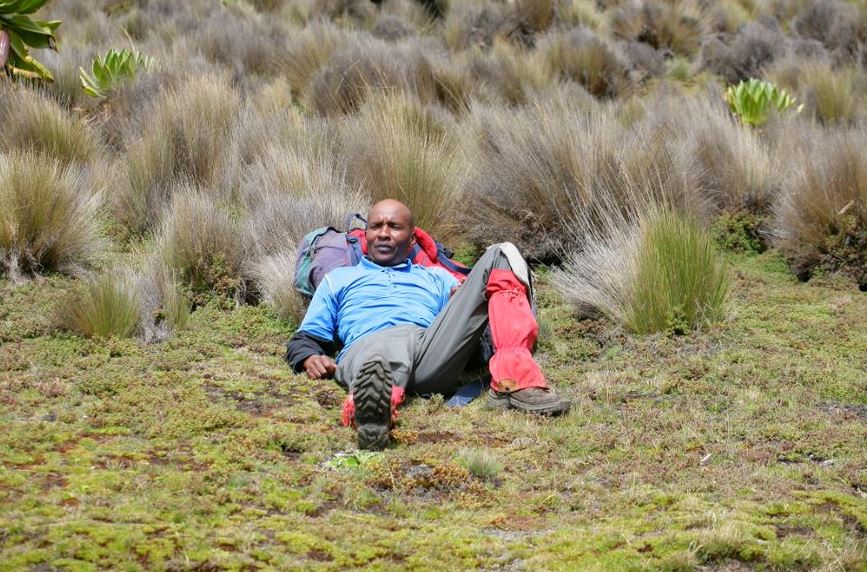 On the second day we continued ascending to the mountain peak. Cold temperatures and high atmosphere made sleeping uneasy. The flora and terrain started to look more and more like the ones in northern Scandinavia, which felt strange in the middle of Africa. At the end of the day, we reached Shipton banda, which was located just under the peak. The altitude started to make its tricks and we both felt a bit headache and dizziness, but nothing serious that could jeopardize the expedition. 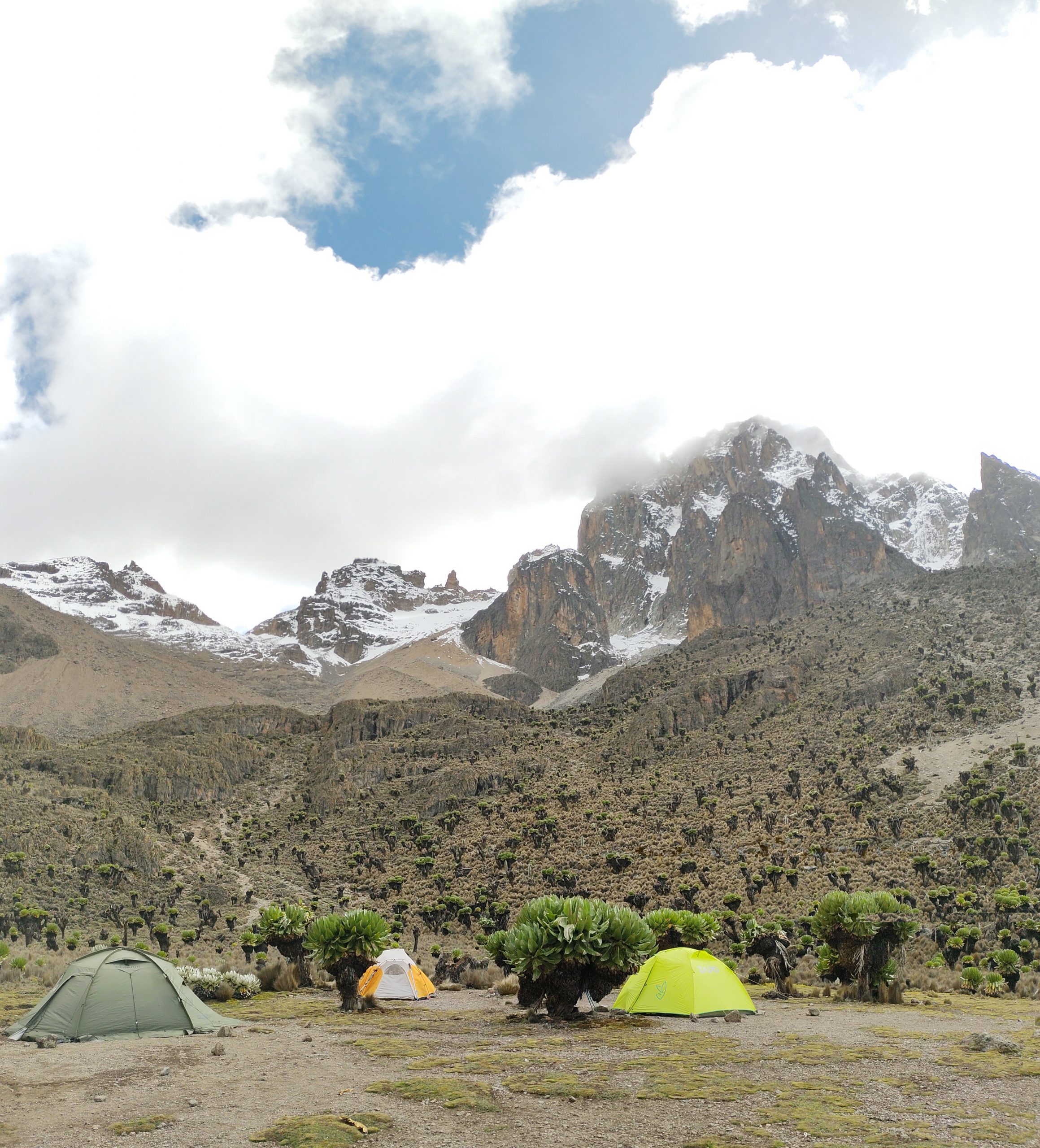 A view from Shipton banda.

The summiting to the peak started at 2.00 am on the next morning. After 3-4 hours of slow but steady climbing in the rocky and snowy terrain we finally reached Point Lenana as the first rays of the sun touched our faces. Unpleasantly the fog and clouds blurred our view, and we barely saw anything from the beautiful landscapes. Also -10 degrees and storm-like winds made staying on the top unpleasant. 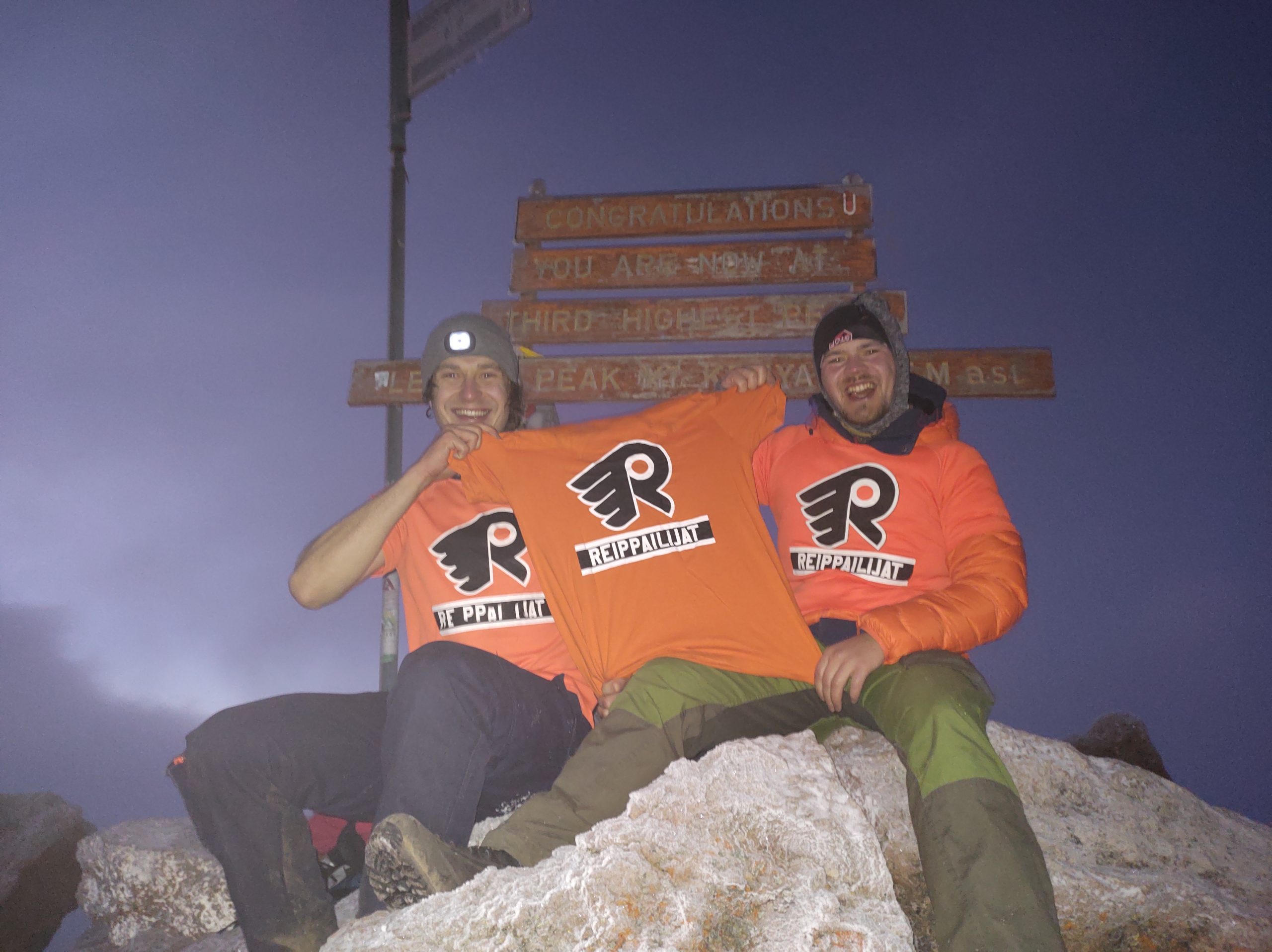 Descending was a lot quicker than ascending, but gravel and steep slope made it risky. On the eastern side of the mountain the terrain was quite different since the rain shadow effect made the environment wetter. Last night at the slopes of Mount Kenya we spend at the Chogoria banda near the eastern gate of the national park.

Last looks to the Chogoria banda.

The expedition wouldn’t be possible without our guide, cook and porter. They made the biggest physical effort, as they carried our food and sleeping equipment, and prepared delicious and nutritious meals every day. Many thanks to them!