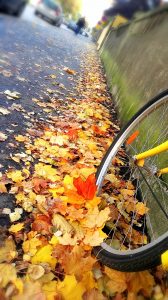 Our kick-off seminar took place on October 13 in Kamari, a seminar room of Kone Foundation. The day of the seminar was exceptionally sunny and the atmosphere among the participants was accordingly cheerful.

The seminar started with a speech from Kalle Korhonen, the head of research funding at Kone, followed by a short welcome from Ilkka Arminen, the project leader. Imitation game was then presented with a hands-on simulation game with all seminar participants. The theme was chosen based on a quick survey at the beginning: seems like we had the best expert / non-expert ratio of Helsinki locals versus newbies. Our kick-off team had prepared two questions about Helsinki in advance and the players were invited to  negotiate their answers in groups. This time it was a “victory” for the pretending group, since our judges were not able to guess which answer belonged to which group.  Well played, imitators!

Would you tell which answers are from the Helsinki experts and which ones from the pretenders? (The right answer at the end of the post.)

1. In which area of Helsinki would you not want to live and why?

A) Itäkeskus, it has a bad reputation, it is not safe for kids.

2. Describe one place in Helsinki that is in some way special to you

A) Kasoorinkatu, There is a really nice park. I used to walk there with my uncle’s dog.

B) The waterfront in Helsinki. It is unique in any Capital in Europe.

After the lunch break it was time for our key-note speakers. Professor Rodrigo Ribeiro from Brazil gave us a thought-provoking presentation about his criticism to Harry Collins’ concept of interactional expertise. Based on the discussion that followed one of the biggest theoretical challenges of our project could be drawing a line between increasing knowledge about the other social group and increasing tolerance; one need not lead to the other ‘automagically’. Ribeiro also set clear standards for our research with practical propositions. His suggestions regarding our study will be well considered in our further work. The article from Ribeiro and Lima (The value of practice: A critique of interactional expertise) is available on the internet.

Professor Risto Saarinen from theology department of University of Helsinki then presented his work on the concept of recognition and indicated the ways the neighbourhood relations could be studied from this viewpoint. His presentation provided a well-considered, cross-scientific outlook that we could incorporate in our own research. The most relevant overlapping aspects between the two project  were the dichotomy of acknowledgement and acceptance, framing identity in relation to the other and the questionable value of agreement at all costs. The Reason and Religious Recognition project has its own blog: https://blogs.helsinki.fi/reasonandreligiousrecognition/events/home/.

Last but not least, Sanna Ryynänen, Sirkku Varjonen ja Pertti Ylikojola presented their Puhekupla project (Eng. speech bubble), which combines performative arts and social scientific research in an innovative way. Puhekupla call their project flipped academics: from action towards systematized knowledge about the sociological processes they have observed. Apparently, this is a fair approach since the results from the events organised in Mopo-pub in Kontula, a suburb in eastern Helsinki, seem very promising for improving neighbourhood relations. Scientific publications related to their work will be coming out in the near future.

Thank you all for putting such great effort in the shape of amazing and well-thought presentations! We hope that this seminar was as inspiring to you as it was to our consortium members.

Wishing you all an energized autumn,

(A: pretenders, B: real Helsinki-experts)