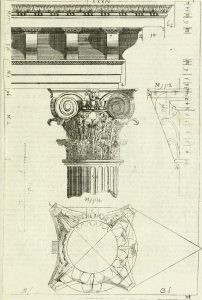 It is increasingly commonplace to seek the similarities between law and architecture. The quick and short explanation is that both disciplines are about design. However, if architecture is the design discipline per excellence, it is not immediately clear what is law’s attitude to design. My explanation is that we are moving away from a paradigm rooted in the equation of law and legislation, by which law is a given (F. Laurent (1810-87): “[l’interprète] n’a plus pour mission de faire le droit, le droit est fait”). We are moving to another view, which grows during the 20th c., and leads at viewing law in terms of information. The main idea is that legal systems are fed by information, and information means not only storing and retriving, it is also design. If so, law is comparable to architecture and at the same time shares the ground of a host of leading disciplines which operate by information modelling, such as economics, engineering and computer science. Given this background the closeness of law and architecture is natural, and entails a common methodological and philosophical understanding which has been growing exponentially in the last years (Floridi 2019, Parsons 2016).

What is the place of design in law? One of the major tasks in setting up a normative system (a city, a constitution, a state) is to produce concepts, rules, models, namely, intellectual instruments which make sense of social facts. In this capacity, jurists are conceptual designers. Think of maxims which ancient jurists produced by generalising singular events into a rule, or the progressive reformulation of the forms of contract, or Kelsen’s Grundnorm, which works both as an explanation of observable normative systems and the blueprint to produce further normative structures. They abstract empirical facts into models purified from details.
Today we are more concerned than ever with design. It is part of our world-view our tendency to shape things, to be constructivist. The 20th c. progressively moved away from a tradition, originally Greek (mimesis), which saw knowledge as mirroring nature and found the canonical example in Kant who believed in cognitive standards by which to understand nature. We moved away following an intellectual strand which, following Poincaré, Helmholz, Carnap and in law Kantorowicz, tended to suggest that we make new things beginning from a blueprint. We are confident that ‘understand is construct’ (Floridi 2017: 508).

Today design is even more important. One of the reasons we are doubtful of the old intellectual legal world is that it is made of concepts conceived by a legal science steeped in the 19th c. and which produced its broadest ideas — say, property, contract, tort – according to a logic of design to be found in Kant. They feature an amazing architecture but are static. Social evolution has changed them with the result that their components have drifted apart: think of location and presence, law and territoriality, ownership and use. This disquiet for new models of design makes us aware of the similarity of law and architecture.

New! #Comparative Legal History https://t.co/XqORoYv16o Edited by @omoreteau with members of @esclh, with chapters by leading experts that illustrate how these 2 fields are inextricably related. Chapter1 by @adgiuliani is free to read https://t.co/SyjmAFpL0K @legalhistory pic.twitter.com/9mWMs6ObTR