Law as Information: Expanding on an unfinished side of Patrick Glenn’s theory of legal traditions

A massive attention is focused today on the sweeping effects of information technology on the law. According to its supporters this is ‘a disruptive technology’ that is leading to radical and sweeping changes which will be impacting on the legal field in an unprecedented way. But those changes have been barely noticed in academia, they are limited to legal practitioners. If so, at the heart of legal digitalization is a dramatic divide between law in action and law in books, but deepened to an unprecedented degree. 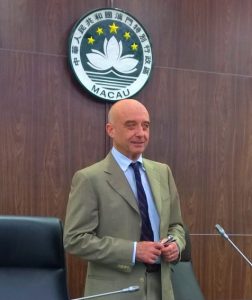 What is at risk with this divide? I believe it is separating legal practice from its points of reference. This is full of consequences as it brings legal practice beyond its conceptual and intellectual roots, and eventually into a conceptually-uncharted territory.

A conceptual framework is therefore needed. The informational turn in law is producing indeed a new environment but at the same time also new conceptual problems that modify traditional ways of thinking the law.

For the legal historian this does not come at a surprise. Every phase of legal evolution reengineers its starting point. The 19th century opened with F. Savigny’s call to legislation and science (1814); the 20th century, with H. Kantorowicz (1906) who turned to a judge-centred legal world. The 21st century saw the compelling idea of legal traditions furthered by Patrick Glenn (2002). Beginning precisely from the idea of law as tradition this project aims to explain how a tradition can be the carrier of normative information.

If successful, the project will provide a new start for legal history, a discipline that is currently suffering a growing marginalisation in legal studies for its failure in rethinking its subject-matter and generally its methodological apparatus.