The workshop Ethical underpinnings of climate economics was held at University of Helsinki in November 2014. The three-day workshop was very successful both in terms of quality of presentations and discussions, as well as audience and media interest. 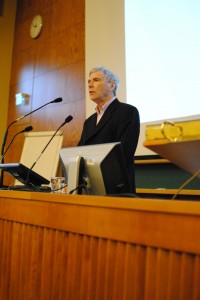 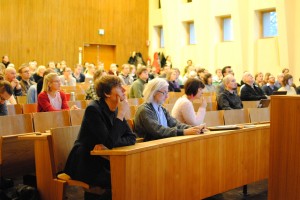 Professor John Broome opened up the event on Tuesday 11 November with a keynote talk about the role of value theory in climate ethics and economics. One of his main arguments was that when making decisions, we should not only concentrate on the likelihood of something happening, but also on the value of the consequences. These two should together form the basis for our decision in the form of expected value theory. 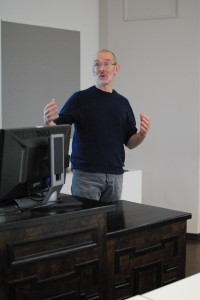 Professor John O’Neill gave the second keynote lecture on Thursday 13 November. He described the stages of a mapping exercise done in the UK to assess climate disadvantage due to various flooding effects. Professor O’Neill was involved in the exercise from the beginning and explained what kind of ethical considerations surfaced while doing it, and also what kind of a role moral philosophy and justice arguments should have in policy work. 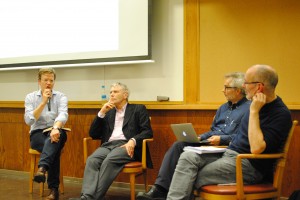 The workshop included presentations about borrowing from the future, the role of discounting and its inherent assumptions, uncertainty, modelling and many others. The full programme can be found here. Individual presentations were complimented by the interdisciplinary debate held as part of the AID debate series organised by the Centre of Excellence in the Philosophy of the Social Sciences, where the two keynote speakers were joined by Professor Matti Liski from Aalto University for a lively discussion on integrating ethics and economics in climate policy assessment. 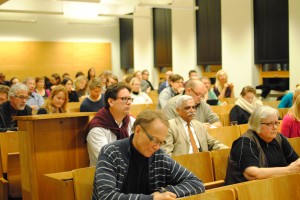 The workshop gained a lot of interest in the Finnish media, below is a selection of news items on the topic (in Finnish and Swedish):