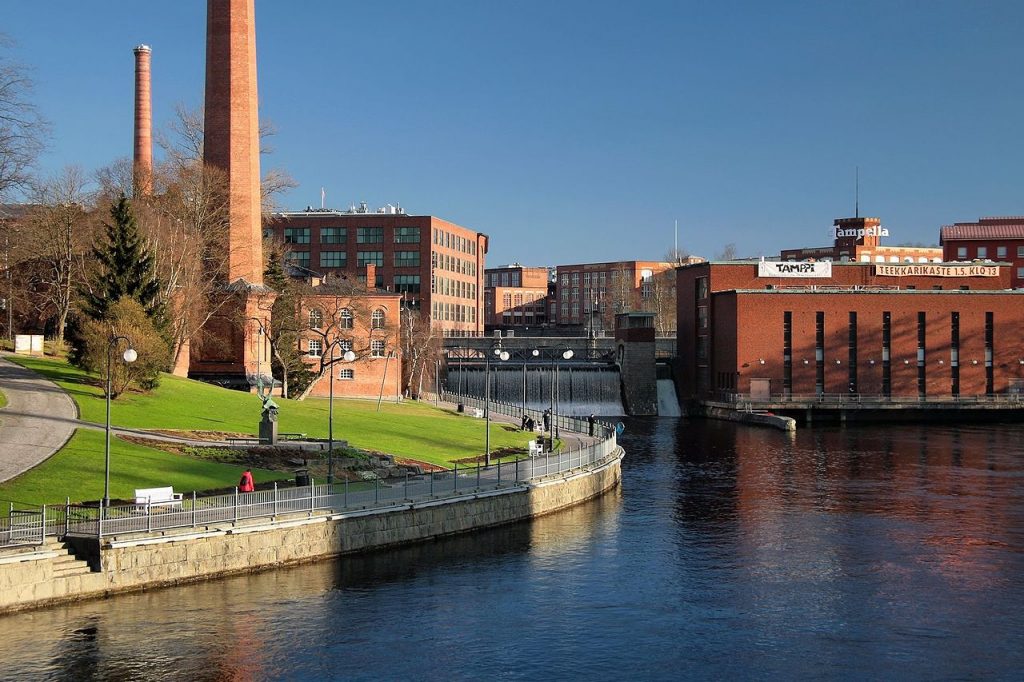 Particle cosmologists and astrophysicists from the Universities of Helsinki and Jyväskylä held a joint meeting in Tampere last week. The early spring weather was lovely and the standard of all the talks was very high.

Masters student Lauri Niemi told us about his work on simulating extensions of the Standard Model with non-perturbative methods. Sometimes existing results can be re-used, but in many cases new simulations are required. Part of his PhD studies will involve carrying out those simulations.

Daniel Cutting, visiting us from Sussex, gave a talk about his simulations of vacuum scalar bubbles and the resulting gravitational wave power spectrum. His movies and other visualisations went down very well with the audience.