On June 9th, I’ll be presenting a paper co-authored with Remah Lubambo, Msuswa Petrus Mabena, Cordelia Nkwinika & Muhle Sibisi at the Bantu 9 conference, which is being held at Malawi University of Science and Technology this year. Very, very sadly, I am not able to attend the conference in person, but the conference has been running great in hybrid form.  I am very glad that I get to be part of it even though I couldn’t make the trip — even though I feel a little heart prick every time I see an old friend or colleague sitting in one of the conference rooms while I watch via Zoom.

Our presentation is called “Expressions of modal possibility in South African Nguni and Tsonga Languages”, and it compares the contexts in which several modal verbs and prefixes can and cannot be used in isiZulu, isiNdebele, isiXhosa, Siswati, and Xitsonga, respectively. We had a lot of fun developing the presentation, and we uncovered some interesting (apparent) crosslinguistic differences that beg for deeper investigation.

Together with Jonna Katto, I have been elected Co-Editor-in-Chief of the Nordic Journal of African Studies for the next four-year term. We inherit the mantle from the amazing Annika Teppo (check out her new book on post-Apartheid faith of Afrikaners!), who has led the journal into a new era with a greatly expanded editorial team. Jonna and I excited for the chance to maintain and develop NJAS over the next few years.

Last Friday, 26 November, I had the honor of giving the last webinar talk of 2021 for the new Southern African Linguistics Network. 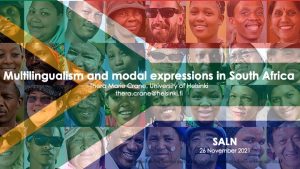 The abstract of my talk is below. I was asked to give an overview of my current project and its methodologies. It was great to get feedback and ideas from the expert crowd of Southern African researchers, especially since in-person research has been put on hold for the time being!

Please send me an e-mail if you would like a copy of my slides or access to the talk’s recording.

Abstract: In this talk, I  describe the motivations, goals, and proposed strategies of the research project Accommodating linguistic diversity in conversation: Modal expressions and multilingualism in South Africa.

The project, which focuses on Bantu languages of South Africa came out of the parallel observations that (1) many South African speakers are proficient in numerous South African languages, and (2) these languages, even those that are closely related, have obvious and subtle differences at all linguistic levels. These conditions (which, of course, are old news to any South African speaker) create a fantastic environment for investigating how multilingual communication “works” when it is pervasive and largely naturalistic: multilingual discourse is the norm rather than the exception, and languages are often acquired outside of formal education settings.

The project aims to investigate how speakers deal with cross-linguistic differences by looking at modal expressions (such as English can, may, should, etc.), which show important distinctions across South African Bantu languages, are critical to polite communication, and which might present acquisition challenges for second-language learners.

The project is still in its early phases, and I am eager to receive feedback from experts based in Southern Africa!

Last week I had the great pleasure of participating in the online workshop Mirativity and evidentiality in Bantu, organized by Hannah Gibson and Jenneke van der Wal. It was a really inspiring day of presentations of new and profound work in these underresearched topics. My talk was mostly based on a reconsideration of old research. I’ve posted a pdf here, but I really encourage anyone reading this to check out the other folks’ presentations, which I believe will be posted soon on the workshop’s webpage.

When it rains, it pours. An article I co-authored with Bastian Persohn, Actionality and aspect in Southern Ndebele and Xhosa, two Nguni languages of South Africa, has been published (open access) by Studies in African Languages.   The abstract:

This paper presents some key findings of studies of actionality and the verbal grammar–lexicon interface in two Nguni Bantu languages of South Africa, Xhosa and Southern Ndebele. We describe interactions between grammatical tense marking (and other sentential bounding elements) and lexical verb types, arguing for the salience of inchoative verbs, which lexically encode a resultant state, and, in particular, a sub-class of inchoative verbs, biphasal verbs, which encode both a resultant state and the “coming-to-be” phase leading up to that state. We further discuss other important features of actional classes in Xhosa and Southern Ndebele, including topics such as the role of participant structure and the relative importance of cross-linguistically prominent distinctions such as that between Vendlerian activities and accomplishments. Although differences between Xhosa and Southern Ndebele are evident both in the behaviour of individual tense-aspect forms and in the interpretive possibilities of specific verbs, the general patterns are quite similar. This similarity suggests that the patterns are likely to extend to other Nguni languages, as well, and that cross-linguistic comparison of particular lexical items across these languages are both feasible and likely to bear fruit.

I am so pleased to announce the publication of a special issue of STUF – Language Typology and Universals (Sprachtypologie und Universalienforschung), focused  on the role of the lexicon in actionality, and guest edited by me, Johanna Nichols, and Bastian Persohn. It contains a great range of articles featuring new work from some of the most influential and innovative scholars currently studying the lexical dimensions of aspect. The papers are listed below.

This volume grew out of a workshop held at ALT 13 in Pavia (which I wrote about here) and also includes articles from several scholars who were not able to be with us at the conference. We are grateful to all of the authors and reviewers who generously participated in the volume and in the precipitating workshop.

Thera Marie Crane, Johanna Nichols and Bastian Persohn
Introduction: the role of the lexicon in actionality

Walter Breu
Actionality and the degree of temporal dynamics

A few years ago, a PhD student asked me for advice on whether to write a dissertation using the LaTeX typesetting system. I wasn’t able to give a straight yes/no answer, but it did get me thinking about the pros and cons. Overall, I think more people should use LaTeX, even as I don’t generally use it for my everyday writing. But there is also a non-trivial cost when getting started. I decided to write up a few basic things to think about when considering whether to write a linguistics dissertation in LaTeX. I’ll add to this list over time. I’ve also added some LaTeX resources to my links page. 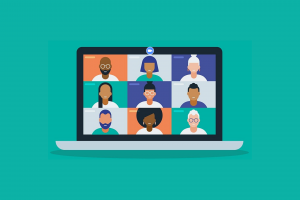 Last week, I had the joy of participating in the Bantu 8 conference, organised by the good people (Nancy Kula, Hannah Gibson, and Kyle Jerro) at the University of Essex. The conference had been scheduled for June of 2020 and, for obvious reasons, was postponed and then held virtually. Since I’ve been on family leave, this was my first virtual conference, and the organisers and participants really made it something special and exciting – and I had been bracing myself for something rather less so.

In addition to enjoying, learning from, and being challenged by the many wonderful talks, I gave a presentation called Modal systems in South African Bantu languages: A comparative survey and co-presented a poster on Penultimate lengthening in isiNdebele (South Africa) (our paper on the same topic is coming out soon; more on that later!). Most of the talks are available in some form via the conference’s OSF platform, and they are worth checking out. I feel so lucky to be part of a field with so many brilliant, generous, and kind people.

A paper I co-authored with Axel Fanego (and congratulations are due to Axel on his marriage and new surnames!) has been published in a special issue of Studia Orientalia Electronica, edited by Malin Petzell, Leora Bar-El, and Lotta Aunio. Most of the papers in the issue were originally presented at the conference “The semantics of verbal morphology in underdescribed languages” at the University of Gothenburg in June, 2017, which feels almost like a lifetime ago now! The conference was fantastic from start to finish, and it’s exciting to see this tangible outcome.

Our contribution is called Constituency, Imbrication, and the Interpretation of Change-of-State Verbs in isiNdebele. In isiNdebele, as in some other Nguni languages, certain verbs have two forms with the “perfective” –ile suffix: one is “imbricated”, changing the verbal root, and one is normally suffixed. In at least some Nguni languages (e.g. isiZulu), it has been noted that imbricated perfectives have present-state readings with verbs describing state changes, while non-imbricated perfectives have state-change readings. For example, in isiZulu, imbricated u-lele ‘s/he is asleep’ contrasts with non-imbricated u-lal-ile ‘s/he fell alseep’. We found that in isiNdebele, while this same contrast is superficially present, the actual situation is more complex, with interpretations varying based on contextual factors and – importantly – tied to constituency and the conjoint/disjoint distinction.

Here is our abstract:

This paper describes the interplay of lexical and grammatical aspect with other grammatical phenomena in the interpretation of the aspectual suffix ‑ile (which we analyse as Perfective) in isiNdebele, a Nguni Bantu language spoken in South Africa. Crucial other phenomena include constituency-related factors such as the conjoint-disjoint distinction and (related) penultimate lengthening, along with morphophonological conditions that trigger different forms of ‑ile. These factors appear to interact differently in isiNdebele than they do in closely related Zulu, suggesting two different paths of grammaticalization, which we argue can change the interpretation of markers of grammatical aspect as they interact with lexical aspectual classes.

I am a little late in posting this, but the volume resulting from the Helsinki Area and Language Studies (HALS) 2016 group field trip to South Africa is now available online, fully free and open access. Many congratulations to all the authors, and to editors Lotta Aunio and Axel Fleisch  for their hard work on this volume, which can be accessed here.  Axel Fleisch and I have a co-authored paper in this volume, entitled “Towards a fieldwork methodology for eliciting distinctions in lexical aspect in Bantu”. 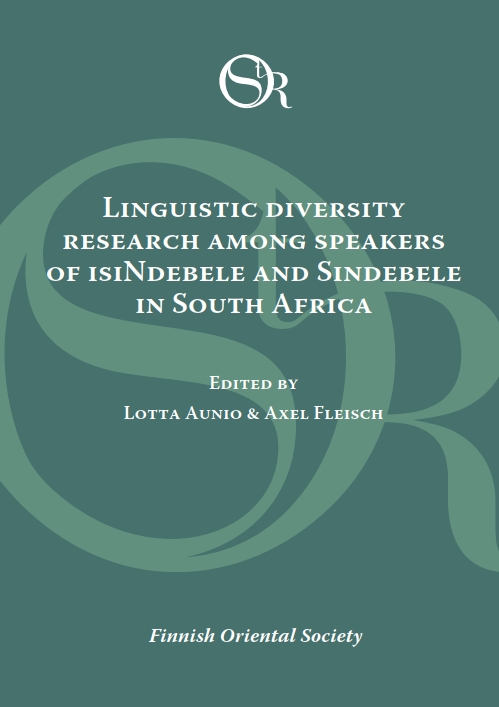