In the course of the Minority Languages Project, the National Library of Finland has published the manuscripts of Arthur Thesleff (1871-1920) on Roma culture and Romani language online at the Zingarica collection.

Arthur Thesleff was a contradictionary personality. He was a botanist by his education and expertized himself into eatable mushrooms. His first study was published in 1893. During his field studies, he got acquainted with the habits and traditions of Finnish Roma and was later asked to report on the Roma question to the state. 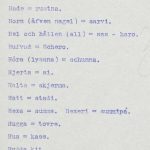 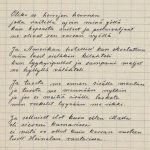 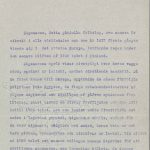 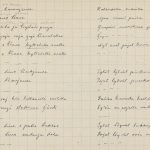 In 1906, Thesleff moved to South America and was one of the founders of Colonia Finlandese, a Finnish colony, in Argentina. Thesleff was the head of the colony until the 1909, when he moved back to Europe and settled to Sweden, where he published some short publications on the Roma language and culture in the early 1910s. Thesleff ended up into the financial problems and became an alcoholic. He committed a suicide in 1920.

The archives of Thesleff are an important source to those who want to study the Roma question and the early Romani language in Finland. His collection is rich in prose, poetry and tales of the Finnish Roma in the course of the 19th and the 20th century.

The digitization of the Thesleff papers has been conducted in co-operation with the National Library of Sweden. The Minority Languages Project is financially supported by the Kone Foundation.