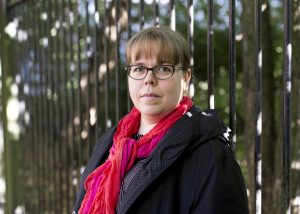 Leena Malkki has specialised on the study of political violence and terrorism throughout her academic career. She currently works as the University Lecturer of the Network for European Studies at the University of Helsinki and is also a Visiting Researcher at the Institute of Security and Global Affairs at the University of Leiden, Campus the Hague. Her previous research has dealt with the dynamics of terrorist campaigns, disengagement from terrorism, and school shootings as a transnational phenomenon. She has recently finished a study on the development of Finnish counterterrorism policy since 2001 and another one (together with Daniel Sallamaa) on the Finnish media and parliamentary debates after acts of ideologically motivated violence in Finland since the 1990s. She is the leader of the researcher network to support the National Action Plan for prevention of violent radicalization and extremism, a member of the steering committee of the ECPR standing group on political violence, and a member of the European Expert Network on Terrorism Issues and the Revolutionary New Left researcher network.

Karin Creutz has specialised in the study of nationalism, the extreme right and jihadism. She has also studied immigration related topics such as integration and transnationalism, and Islamophobia and polarisation in media debates. Her dissertation in sociology scrutinises the rise of the anti-Islam debate and nationalism in the public sphere in 2001-2016. Creutz has worked at the Centre for Research in Ethnic Relations and Nationalism at the University of Helsinki in various research projects from early 2002 onwards. In her latest published study she conducted ethnographic research with individuals suspected of terrorist crimes in Finland and will conduct interviews in prisons in early 2018. She is a member of the steering committee of Radinet (EXIT program) and of Minun Silmin, Sinun Silmin (preventive program); a board member of Safe Helsinki (by Helsinki Police); and of Minority Rights Groups Finland, ETMU and Rasmus.

Juha Saarinen is a researcher focusing on violent Islamism and Middle Eastern politics. He is currently a PhD candidate at King’s College London, Department of Defence Studies. He holds a Master of Science (International Relations) degree from London School of Economics and a Master of Letters (Middle East and Central Asian Security Studies) from the University of St. Andrews. Saarinen’s previous research has focused on the strategic behaviour of jihadist groups in the Middle East, jihadist foreign fighters, and Islamist militancy in Western countries.

Daniel Sallamaa is a doctoral student of political history at the University of Helsinki. His dissertation investigates extraparliamentary far right extremism in post-Cold War Finland. Sallamaa holds a Master of Social Sciences (Political History and European Studies) degree from the University of Helsinki and a Master of Arts (International Relations and Mediaeval History) degree from the University of St. Andrews. His academic interests include, among other topics, far right extremism alongside the media and social media debate concerning terrorism and violent extremism.