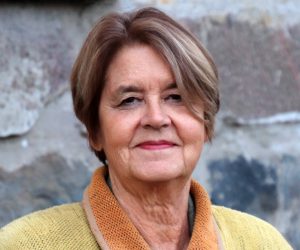 I am the leader of the project and apart from a range of administrative and organisational task that come with managing a large project, my role is the intellectual leadership of the project and coordination of the research of the projects’ participants. The first year twelve months of the project, I was primarily involved in recruiting post-doctoral fellows, setting in place the arrangements for fieldwork in Russia, Georgia and Romania and Uzbekistan planned for 2020 and inevitably complicated discussion with the European research Council Ethics Committee.   During the first year, we had two workshops which gave me the opportunity to launch the discussion with the project participants about the theoretical framing and data collection priorities and at which I led ethics training sessions.  I had a busy schedule of conferences and workshops to attend in the year after the project’s launch in November 2018 in Finland, the UK, the USA and Sweden at which I was able to introduce the major these of the project.  I am looking for in the current year for the next stage when the organisational work will begin to bear fruit.

My academic background is History and Law. I have been researching and writing on the penitentiary system in the post-emancipation Russian Empire. My research interests include public perceptions of the penal system of modern Russia and the Nordic countries in historical perspective.

In the project my research focuses on prison ethnopolitics and practices from the Russian Empire time to the early Soviet time. In addition, I am analysing law-making in relation to ethnic minorities covering all periods of Russian Law and recent EU legislation.

My principal responsibility as a member of the team is to elucidate the historical dimension of the project research questions, particularly unexplored ethnic facets of the Soviet GULAG (1930-1955). Using historical quantitative and qualitative methods, I attempt to understand if the Soviet system of judicial incarceration was indeed ‘ethnically blind’ (as it is widely believed in contemporary scholarship). I also explore how ‘ethnicity’ was construed and constructed in the unique Soviet penological context, building upon contributions of both historians (such as Terry Martin) and penal sociologists (such as Gresham Sykes and David Garland).

In my research I aspire to mitigate the usual drawback of the GULAG studies – the overconcentration on a single bureaucracy (namely the NKVD-MVD, Ministry of the Internal Affairs). Therefore, I intend to look at how questions of ethnicity and ethnic relations were interpreted not only by the NKVD-MVD itself, but also by the two principle GULAG competitors: The Procuracy (Department of oversight over places of confinement) and The Ministry of Justice (Directorate of camp courts). As my working hypothesis claims, the bureaucratic contradictions and tensions around ‘ethnic questions’ between and within these three agencies could generate a lot of valuable material, useful for the goals of the project (e.g. procuratorial investigations of mass uprisings among so-called ‘national contingents’ in the early 1950s, etc.). 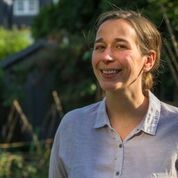 I work on prisons and ethnicity in the Republic of Georgia, looking at the ways in which cultural, legal, political and economic transformations that occurred in Georgian society since the late Soviet years have been perceived and negotiated in prisoners’ identities, narratives and practices. My research explores the tension between the global and the local in the Georgian prison. I analyse prisoners’ understandings of penal reforms implemented in line with the Council of Europe and other international institutions, focusing in particular on how ethnic identities frame different perspectives on such policies and on their impact on everyday life in prison. I am also interested in prisons as spaces of hospitality and hospitality practices among prisoners. First, I look at hospitality theories and practices and cast them within the social and spatial dimensions of the prison, exploring and conceptualising the possibilities of hospitality in such settings. Second, I investigate the ways in which prisoners negotiate inclusion and exclusion through hospitality practices, along lines of ethnicity intersecting with other ways of (self-) identification and (self-) representation. My research is based on observation and interviews with prisoners, former prisoners and prison officers, as well as on the analysis of prisoners’ memoirs, media and cultural products (literary fiction, broadcasting, film, recording). 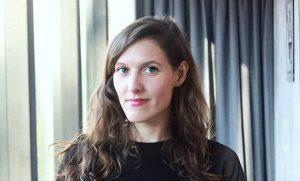 I am a political sociologist focusing on systems of social control. I defended my PhD in sociology at the University of Cambridge (2019), and hold a PhD in sociological theory and methods from the Higher School of Economics (2016). In 2019, I joined the University of Helsinki as a postdoctoral researcher on the GULAGECHOES project, where I work on social control in the context of penal systems. I employ qualitative methods across multiple field sites to explain how and with what consequences ethnic, civic, and political self-identification form among prisoners in the Russian penal system.

In order to tackle the research question of how and with what consequences ethnic and racial orders are constructed among prisoners in Russia and the Soviet Union, I work with several forms of data. First, I am drawing from digital archives to analyse the memoirs of Gulag prisoners. Second, I am working with narrative interviews conducted among former prisoners who have served sentences in the Soviet Union and across Russia. Third, I turn to interviews with prison NGO workers and to the discourses they produce in order to understand how these organisations create categories of vision and division of prisoners. 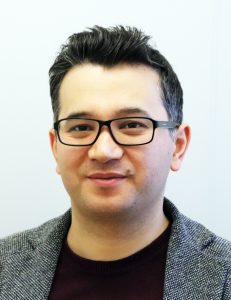 I work at the intersection of sociology of law and ethnography, studying the role of law, legal institutions and informal ‘legal orders’ in weak rule-of-law societies. My research interests include corruption, informality, Islamic public administration and migration in Russia.

I joined GULAGECHOES project in January 2020 as a senior researcher. My role is to examine the role of ethnicity and religion in prisoners identity construction through the empirical study of Uzbek ex-prisoners. This is connected to Research Question 3 and 4, which focus on the patterns of ethnic, racial and religious co-identification among transnational prisoners and how these processes shape their political association and vulnerability to radicalization.

One Reply to “Team”