On a sunny March evening 12 brave teams from the University of Helsinki with budding business ideas ideas sailed across the sea to the west to turn their ideas into action. Some were just ideas, some had years of research behind them. But one thing was common: the will to make them work and make an impact to the world.

Five days later the tired bunch docked back to Helsinki. This is what happened in the days in between.

DAY 1: DIY School and karaoke turn strangers into a group

One of the most important assets of an entrepreneur is other people who advise and help out with their skills and contacts – and support with their empathy when things get rough. So, getting to know the fellow campers of the Tieteestä toimintaa [Academic Action] bootcamp was our number one task. But it takes more than a name and study background to know a person. Little by little we opened ourselves up moving from childhood dream professions to sharing present ambitions. The wannabe trash truck driver now wanted to build something to stand behind, a ballerina lead people to do things that matter. The next step was to share our skills which meant transforming the ferry nightclub into DIY School. Every camper had to give a 10 minute lesson of something they feel passionate about, do as a hobby or are just learning themselves. Lessons from gene technology to haiku writing and four square tango filled up the impressive curriculum. It gave an inspiring insight to each others’ personalities. No wonder the night ended up in everyone singing karaoke one after another – the ultimate proof of trust! 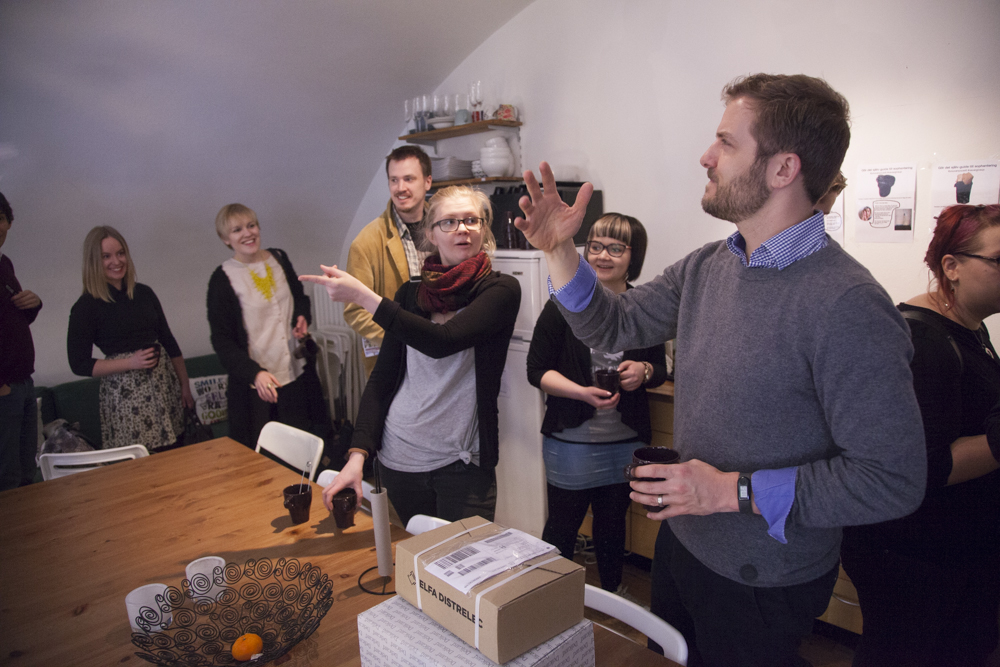 An impact investor and business developer Shawn Westcott waited us at Entreprenörskyrkan to lead us to startupper’s thinking and tools. Hair was pulled and eyebrows frowned when the teams turned ideas into business models with the help of lean canvases. It was a tough job to  figure out who are the customers, how we measure we are doing the right thing, how we collect revenue, what is our unfair advantage to make this happen better than anyone else… “My brain hurts”, Elina from Helsinki Think Company sighed in the end of the workshop. 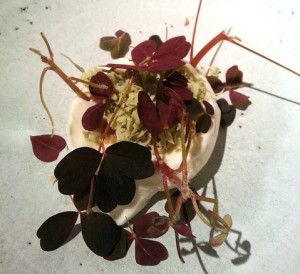 After the sweat (and also smiles) Shawn put us through, Restaurang Volt! soothed our souls with amazing food and taught as a lesson on quality and relentless entrepreneurship. “I didn’t know that food can send shivers down your spine!”, said Oskari from Kiitti team after dinner.

DAY 3: Benchmarking around Stockholm teaches us a lesson or two 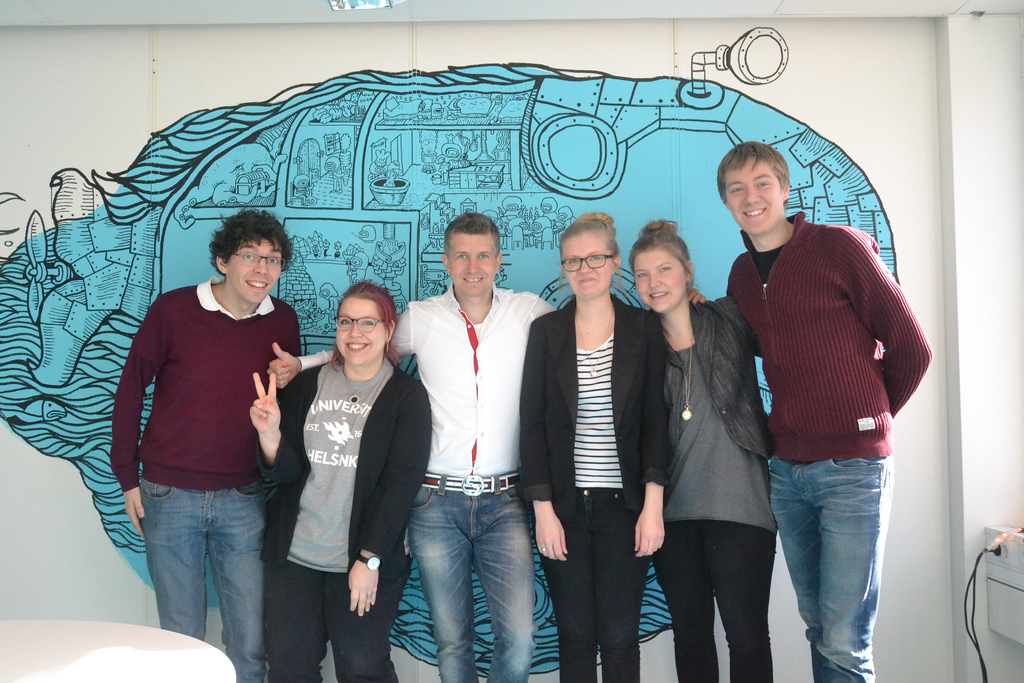 Rule number 1 of the entrepreneur: Get out of the building and talk to customers, build networks and learn from others. It was time to meet those who’ve done it before and get feedback. But this time it was not a ready-made table: the campers had been given the somewhat scary task of contacting organisations valuable from the point of view of their ideas. The effort paid off as an exciting list of visits including companies like Learnways, King, Snask and Important looking pirates. “He sat with us for two hours sharing his experiences and giving each of us feedback on our ideas!”, marveled Mari from Kiesus learning team after the meeting with Nils Carlberg of Learnways, an award-winning developer of e-learning solutions. The visits taught us many lessons on many things from branding to the importance of the organisational culture. Even a misunderstanding led to an important revelation. 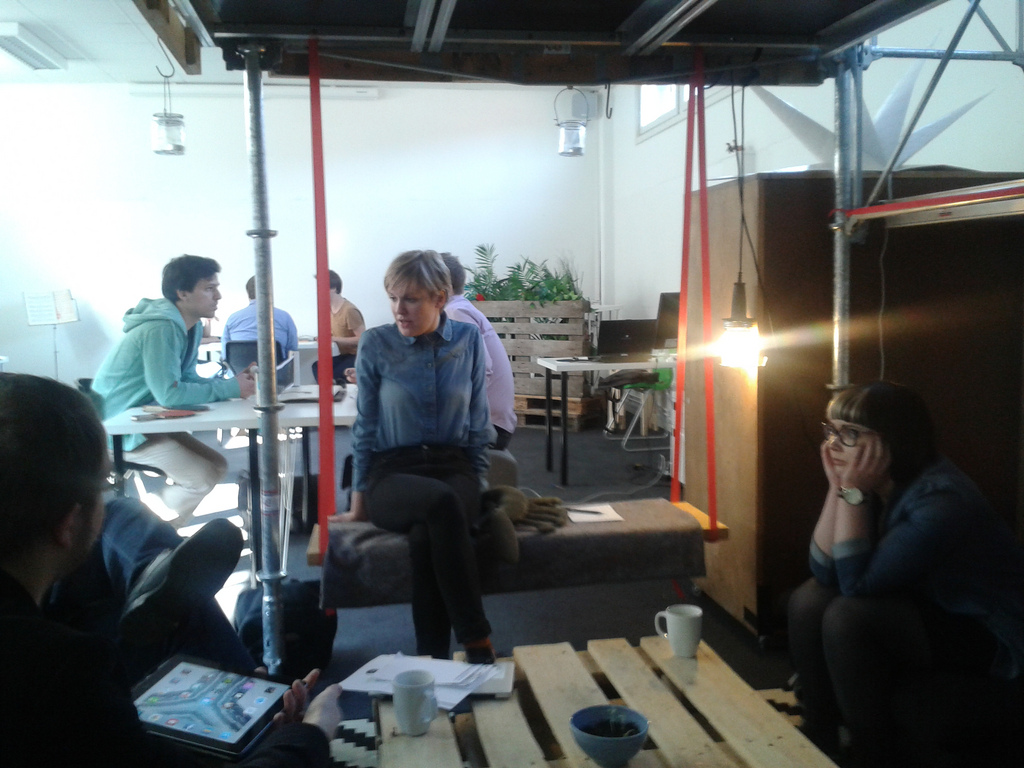 Outi and Elina discuss with ePuddle at the start up clinic held at Beta.

In between the meetings the camp leaders, Outi, Jone, Antti and Elina, ran a Startup Clinic discussing mind-puzzling questions and next steps of each team. The space for the clinic was offered by Beta, “Helsinki Think Company” of Stockholm School of entrepreneurship. Beta charmed us with its warm atmosphere, DIY looks and the most hospitable host Jordan Lane. Beta offers a space for entrepreneurial spirits and puts a lot of effort in building a community of them.

DAY 4: But hey, is it valuable to the world? 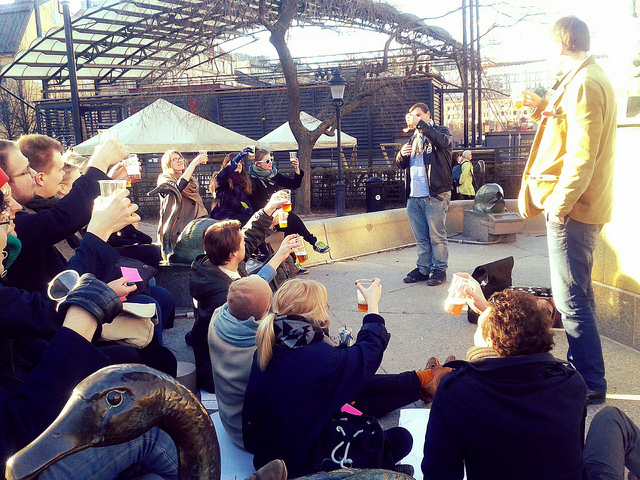 The minimum viable product version of Beeb’s educational services was an intro course into the world of beer organised in an empty fountain in a Kungsträdgård park. Here studying the colour of the beer. 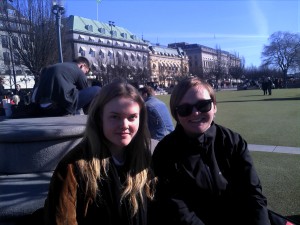 When filling in business model canvases and planning our perfect solution, we say it all the time what people are like and what they need. But those statements are mere assumptions. To figure out who is there in the “customer segment” box of the canvas or what is the problem they have, we need to get out of the building, again (this time out of the Sup46 – Start up People of Sweden space), and get to know the world. The day for was the day of The Amazing Etnographic Race. After rapid intro to etnographic methods, the teams were thrown out into the streets of Stockholm to explore potential users’ mindsets and needs by interviewing and observing and to study situations and places where their services could be used.

ePuddle was one of the big winners of the Amazing Etnographic when it comes to its input into the concept development. The day before they had been started to reconsider their whole concept. The insight from the race got them convinced: No more comprehensive web-based language learning network but a survival app for everyday language problems. Congratulations for the ePuddle to have the courage to kill their darlings and take in the learnings!

But to really to understand how our solution fills out people’s and world’s needs, we need to put our product or service out there, let people use it and learn from it.  “But we can’t! We are not ready yet! We still need to figure things out, and plan and build it, and we don’t have money, nor experience, nor time, to do it yet!” So not true. You can always, always, build a product in a day or a week (or in an hour, like the campers) and have a go in the world, gather feedback and learn what works and what not. That product is called the minimum viable product. For the last part of the day’s workshop, we set ourselves to design “MVPs”. 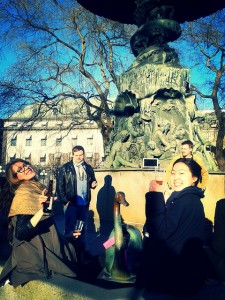 The argument of the minimum viable products was proved right as one of them got tested right after the day’s workshop. BëëB (Beer Experiences & Education on Brewing) team dreams of their own microbrewery pub where they will arrange educational and fun events that change the beer culture. But it will take a while (and money) before those pub doors can open. So that sunny Friday an empty fountain in Kungsholmträdgård park acted as a test bed for BëëB’s services. With an impressive expertise the BëëB boys took us to a fascinating journey to the history of beer, to the amazing diversity of beer types and the secrets of their brewing, to the beautiful colours of the drink and to meticulous designs of the bottles by proud microbreweries. Few of us knew that beer can taste like chocolate or marzipan! Even the non-beer drinkers found out they can like beer! The customers were excited and the BëëB got valuable feedback of their service and even a few pre-orders!

That Friday must have had more than 24 hours.

DAY 5: A pitch puts it all together 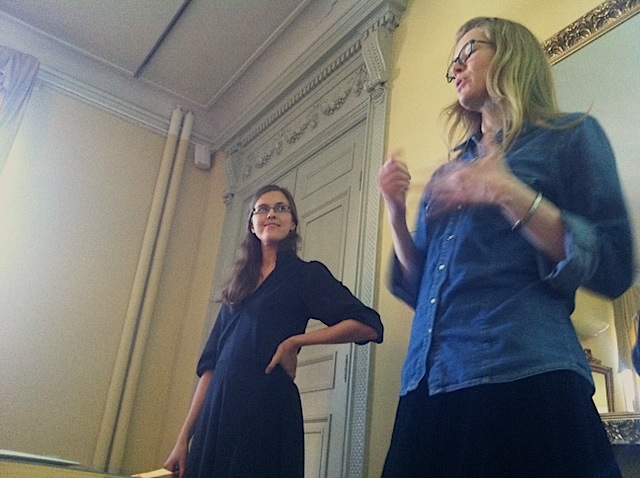 ‘Pitch’ could be a buzzword of the moment but the good thing about a pitch is that it makes you put everything together into a whole that has a beginning and an end. It is a prototype of your company, really. The week in Stockholm had been so intensive and busy that it was quite fuzzy both to the campers and its leaders where had we got to. At Saturday noon, nervous teams gathered to show it. The jury was formed of the fellow campers that were to give feedback and choose the winners in two categories: “the best pitch” and “the biggest leap”. 5 minute pitches revealed ideas turned upside down, new names, surprise team coalitions and confident steps forward. It was amazing how much the teams had evolved during the (too) short week. “I was impressed of the no-nonsense attitude of the teams. They are comfortable in combining a mission with business”, said the guest judge Liisa Karttunen after the pitches. It was time to raise the glass of bubbly. And run for the ferry.

DAY 5–6: It’s time to reflect and sing till dawn

So first things first: What’s up with the karaoke in Viking M/S Mariella? Nothing wrong with the karaoke per se but It ends at 22:00. Karaoke is the best thing in the universe so it’s kind of problematic. Luckily the innovative spirit of the camp didn’t die as we set to the sea: the cabin 337 was turned into a pop-up karaoke.

Before the hour of the pop-up karaoke dawned, we gathered to reflect what we had learned and what should happen next. The bootcamp was just an introduction to the world of entrepreneurship. What we got from Stockholm was hell of a lot confidence and many important tools we should use all over again as we work on our concepts. (Read more in detail what BëëB team got out of the camp.)

Tieteestä Toimintaa Bootcamp is an intensive, and a somewhat fuzzy experience that leaves a lot of responsibility of the learning for the campers themselves. Is it for the method, or just the wonderful campers, but spending five days on the camp seemed to be worth the short sleep: “I’ve studied business for 5 years and I think I just learned as much in 5 days as in those 5 years.” “I doubted this would work out. But it was great. It was great to understand that I’m only in the beginning.”

P.S. Stockholm was only a beginning, Academic Action Bootcamp did not stop here. Next up is Friday Fun Day, you are very welcome to join. And in May we pitch again. This time in public. Yay. 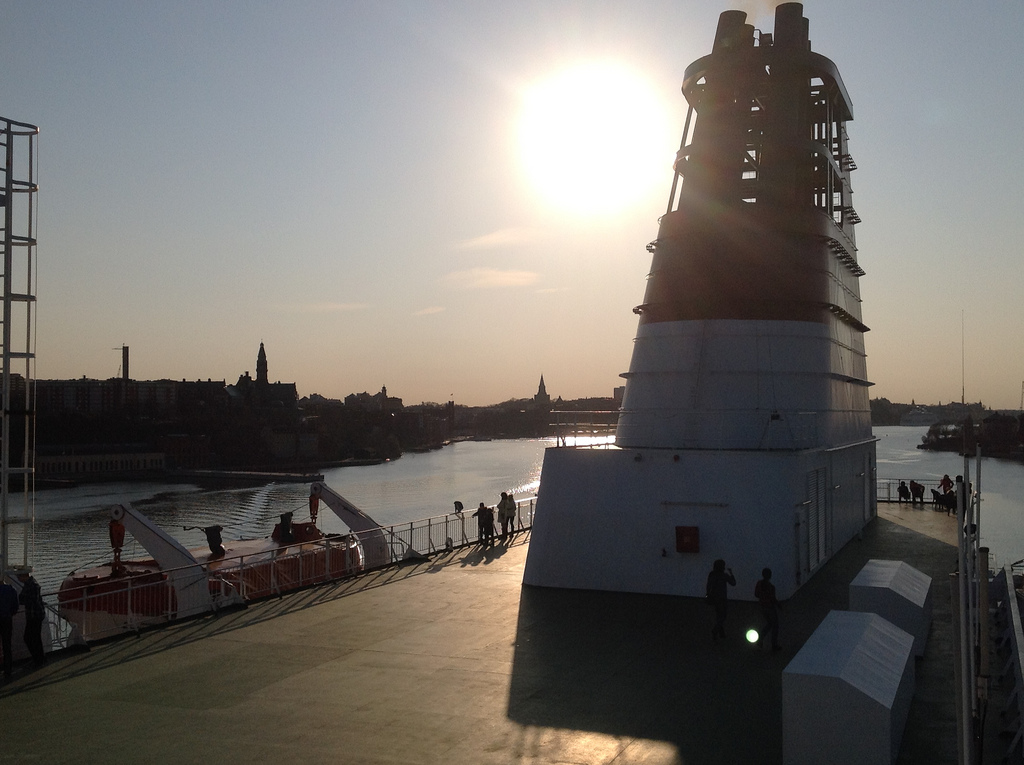