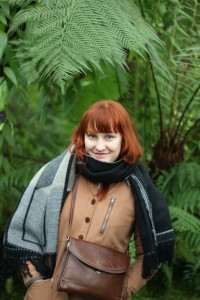 First I would like to thank you for the opportunity to get the voice of the students heard. My name is Johanna Riitakorpi and I began my studies at the uni in 2009 in Environmental Soil science, located at the faculty of agriculture and forestry. In 2012 I changed my major to limnology and at the same time my faculty changed to faculty of biological and environmental sciences. Limnology is, for those who aren’t familiar with it, the study of inland waters. I usually have to explain that one, when I let people guess what it means they most often think that I study body parts or something else as weird. Nevertheless I have studied in Viikki my whole academic career and have seen how this campus has evolved during the past 5 years.

The Viikki campus is the heart of biosciences and with its four faculties it is often called the green campus of the University of Helsinki. Still the imaginary (and sometimes very concrete) walls between the faculties feel too high to climb. For example, I think that there’s no reason to have four almost identical courses of basic chemistry just because of the faculty boundaries when there could be just one course planned and executed in co-ordination of the whole campus. Gladly I can say that during the last five years those boundaries have become easier to cross and there has been more and more discussion between different faculties. It has become common to share AND implement good practices with all the different actors on the campus.

During my studies I have been fortunate to be able to participate in several laboratory and field courses. We have great facilities for lab work and several interesting research stations located in different parts of Finland, for example those of Lammi, Hyytiälä and Tvärminne. Those courses have been usually well-organized and flexible. Students’ ideas are taken into account and there is real will to develop the courses to be more interesting and offer for example some insight to as of what the working life of a marine biologist could actually be like. I have felt that my feedback really matters and occasionally even leads to developing better practices.

This is, sadly, not always the case. I have experienced courses where my feedback has been regarded as irrelevant because of low feedback percent or courses where student feedback was seen just as a necessary evil to be dealt with, with no concrete effect on the actual development of the course in the future.

Students’ opinions matter and have to be taken into account. We have many different ways to influence the decision making at the university: we can talk directly to professors and student counsellors, we can give feedback during courses, work as student representatives in different administrative organs, be active in student organisations and take part in university’s own or nation-wide surveys about our studies.

I have always tried to make a difference when there has been a chance, but everyone is not like me: not everyone has time or will to act. If you can’t see the consequences of your actions or feedback, there is not much motivation to take part in the system.

And yet we should focus on activating just these slightly passive students.

The University’s own Learn feedback survey on the learning and study environment and the national Bachelor’s Graduate Survey have improved the situation somewhat, but there’s still a lot of work to do. The first priority should be developing the current system based on the collected feedback – feedback has no value if it is not used for something. Good example of when feedback has actually lead to action is the services of student psychologists, which the university acquired after demand for their services, became apparent from the student feedback. Student psychologists offer guidance for students who need help with learning skills, motivation, time management or coping with stress. Previously they were only for students on one campus, now their services are available almost on all campuses, and there is demand for more.

So, how does the audit improve the quality of studies? That was the topic of my speech, wasn’t it?

Well I won’t talk much about the fact that only a minority of the students even know what the audit means. It’s not the sexiest topic to talk about.

I have been glad to notice that the university has been more and more interested in the opinions of students while the Audit comes closer. They even made a campaign “do you have a say” where it was reminded to the students and other stakeholders of the University community that they can contribute by participating in supervision and guidance, feedback surveys and development discussions and this way play an important role in managing the quality. Us, the students have a responsibility to have a say in the quality of studies, but even though the university says it will listen, are our ideas, complaints and thoughts really being heard in the future as well?

The audit is a great way to look into the quality system of the university. It forces us to stop and evaluate good and bad practises. It is also important that this development does not stop when the audit team, hopefully, gives a green light for our university’s quality system. We need to listen to the whole academic community, including students, even when there’s no audition on our doorstep.

Last week in his speech in the University’s opening ceremony, our rector Jukka Kola said that next year, in the year 2015 the goal of our university is not only to be closer in becoming the best for the world but to become best for the students. I hope that this goal is set to be actually achieved and university will continue to improve its ways to listen to the feedback of the members of this community.