Incision provides access to 344 procedures, filmed in 3D from a surgeon´s point of view.

Subjects include General, Gastro-Intestinal, Head and neck, Obstetrics and Gymecology, Plastic, Surgical Oncology, Trauma/Orthopedic and Urology and others. 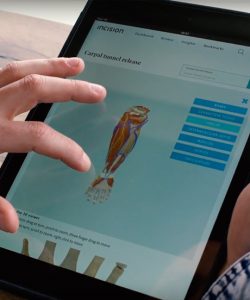 University of Helsinki has access to Society of Exploration Geophysicists Library, SEG Library, to the end of June.

University of Helsinki has free access to the whole JoVE until 21.6. 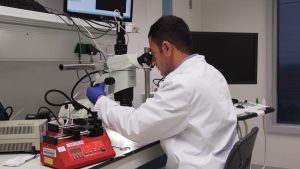 The Making of the Modern World is available until 20.6 in the University of Helsinki.

We have access to the 3 parts of the Making of the Modern World:

The Goldsmiths´-Kress Library of Economic Literature, 1450-1914 (part 1) as a primary source offers ways to understand  the emergence of modern economics and other social sciences. This collection includes the study of early economic, political, business and social history and for researching the literature of economics from this period.

The Making of Modern World: Part II, 1851-1914 takes the series to the end of the nineteenth century. Comprised mainly of monographs, reports, correspondence, speeches, and surveys, this collection broadens the international coverage of social, economic, and business history, as well as political science, technology, industrialization, and the birth of the modern corporation.

JSTOR Security Studies Collection is available in the University of Helsinki network until the 30th of May 2019.

The collection offers a wide range of journals, e-books, and research reports in the field of security studies. This content looks at security studies through a broad lens, encompassing research on international security and peace and conflict studies from all corners of the globe.

Oxford Research Encyclopedias: Linguistics  is available in the University of Helsinki network until the 19th of April 2019.

Oxford Research Encyclopedia of Linguistics is one of Oxford’s dynamic online encyclopedias that will be continuously updated by the world’s leading scholars, scientists, and researchers. With in-depth peer-reviewed articles and broad coverage of the field it will become a remarkable resource. Mohr Siebeck e-books are available in the University of Helsinki network until the 13th of May 2019.

Most of the books on trial are published in 2018 but there will also be books published this year.

The main fields of publication of Mohr Siebeck are German and international law on the one hand, and theology and bible studies, religious and Jewish studies on the other hand. Other subject areas are e.g. Classical studies, history, philosophy, social sciences and cultural studies.

Links to the books:

Practical Research and Academic Skills Videos available until 12.4 in the University of Helsinki.

This collection of streaming video on the SAGE Research Methods platform offers support on the practical skills that you need to successfully complete your research. Key areas such as writing a research proposal, planning and designing a research project, and securing ethical approval are explicitly covered. Practical skills such as project management, writing for publication, presenting work, and building networks are also presented through helpful explanatory videos.