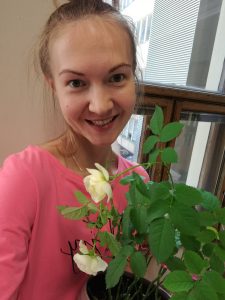 University). From the time of my doctoral studies and onwards I’ve been working on the issues concerning classical and Hellenic philosophy (Plato, Isocrates) and Christian literature of the third and fourth centuries AD. Three years after the defence I spent teaching courses in Patristics and ancient languages at Moscow Universities. In 2015 as a Marie-Curie fellow, I moved to Denmark and joined an excellent team of scholars at Aarhus University. My research project resulted in a monograph “Knowledge, Language and Intellection from Origen to Gregory Nazianzen. A Selective Survey”, published by Peter Lang in 2017. Then due to a scholarship of Queen Ingrid of Denmark, I had an amazing opportunity to work on the manuscripts of the commentators of Gregory Nazianzen in the Vatican Library. My current project Physiology of the Human Cognition in the Scientific, Theological and Monastic Contexts of Late Antiquity is devoted to the investigation of a fascinating treatise On the Nature of Man, written by a certain Nemesius of Emesa. Recognized by the scholars as the first composition about Christian anthropology this work exemplifies a curious synthesis of Galenic medicine, Hellenic philosophy, and Christian theology. Although the treatise encompasses the famous doctrine of the unconfused union of the divine and human natures of Christ, which featured in the Christological debate of the 5th-6th centuries, presently, conventional scholarly date of the treatise was at the end of the fourth century, although other dating hypotheses have been also proposed. This status quo reflects the tendency to associate Nemesius’ philosophy with the teaching of Cyril of Alexandria. So far the studies of On the Nature of Man were chiefly dominated by the doxographical interests, while Nemesius’ doctrine per se has not been comprehensively studied. Consequently, neither the investigation of the provenance nor of the date and contextualization of the treatise has not yet been systematically attempted. The aim of my project is to solve the problem of the treatise’s dating and provenance. I shall compare Nemesius’ concepts to the ideas of the famous Antiocene teachers (Theodore of Mopsuestia and Theodoret of Cyrus) and demonstrate the influence of the Mesopotamian schools on the formation of Nemesius’ scientific interests and philosophical approach. 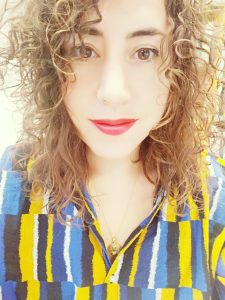 I defended my PhD in Roman law in March, 2014 (University of Alicante and Facolta di giurisprudenza Palermo) concerning the criminal liability for shipwrecking. I finished my second PhD in archaeology concerning the epigraphy of merchandise at the Universities of Southampton and Lyon 2 la lumiere, related to the Portus limen project. I am currently conducting my own research project in the Helsinki Collegium for advanced studies, where I have been awarded a fellowship of two years. The project, entitled “Materialising and tracing Roman sea trade law (2nd cent BC-3rd cent AD) provides a link between epigraphy, archaeology, Classics and law. I aim to understand legal procedures from an anthropological point of view and thinking what do the parties in trade aimed to achieve by using certain legal mechanisms or practices. I like to connect the materiality of epigraphy of merchandise with its legal context, by shifting the focus from traditional linguistic analysis to the means by which inscribed texts were created, shaped, and used as commercial tools in the different regions of the Mediterranean.

I work on the literary and cultural history of Judaism in antiquity. Since

defending my PhD in late 2013, I have published on topics such as wisdom literature and ethical discourses, the Dead Sea Scrolls, Hellenistic Judaism, and travel in Jewish antiquity. Prior to my current appointment as an associate professor at Aarhus University, I was a fellow in the Helsinki Collegium for Advanced Studies, where I worked on early Jewish ideas of virtue and vice. I’ve also conducted research in Manchester, Yale, HU Jerusalem, and Groningen.

I am a historian and classicist from University of Helsinki, Finland. I am currently working as a research fellow at the Helsinki Collegium for Advanced Studies, University of Helsinki. My research interests broadly include the late Roman history, religions in the Roman Empire and Christianization of the Mediterranean regions. Now I have started the project on the mobility and migration in the late Roman Empire, “Waiting for Barbarians, Recognizing Immigrants, Making Romans: Roman Ambiguities and the Uses of Barbarians in the Political, Social and Religious Struggles in Late Antiquity (300-600)”. 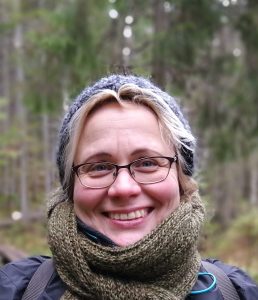 I have authored Debate and Dialogue: Christian and Pagan Cultures, c. 360-430 (2007), Forbearance and Compulsion: The Rhetoric of Tolerance and Intolerance in Late Antiquity (2009), and Religious Dissent in Late Antiquity (2020), and edited The Faces of the other: Religious Rivalry and Ethnic Encounters in the Later Roman World (2012) and Emperors and the Divine: Rome and its Influence (2016).