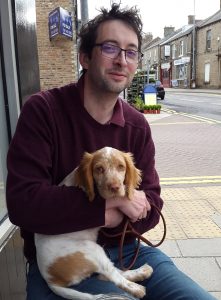 University, UK. He is a specialist on the end of Roman Britain and late Roman material culture. James has published extensively on artefacts, burials, excavations and published The Ruin of Roman Britain (Cambridge University Press) in 2013. For longer than he cares to admit he has been writing a book on travel in Roman Britain.

Sarah Green is Professor of Social and Cultural Anthropology at the 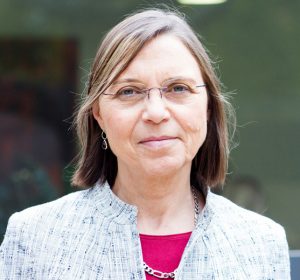 University of Helsinki. She specialises on the anthropology of locations, borders and boundaries, particularly in the European/EU-ropean regions, with a specific focus on the Balkans, the Aegean region and most recently, the Mediterranean as a whole. Green is currently PI of an ERC Advanced Grant called Crosslocations (2016-2021), as well as an Academy of Finland project called Transit, Trade and Travel (2016-2020). Both of those projects are, in different ways, exploring relations and separations across the Mediterranean region and how they have been changing. 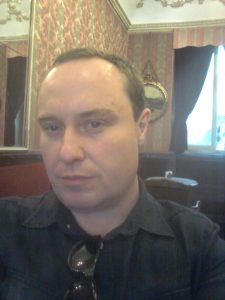 of Helsinki. Before that, he was Professor of Sociology at the University of Exeter and the University of Aberdeen. He holds degrees in sociology from the Universities of Cambridge and York. He writes in the areas of cultural sociology, the sociology of globalization, historical sociology, the sociology of food and drink, and social theory, both modern and classical. He has written and edited various books in these areas, most recently An Invitation to Social Theory (2nd edition), The Sage Handbook of Cultural Sociology, The Routledge International Handbook of Veils and Veiling Practices, and The Globalization of Wine (with Anna-Mari Almila). He is founding editor of the Sage/BSA journal Cultural Sociology. His current research concerns the sociological analysis of wine, considered historically and globally.

Dr. András Handl studied protestant theology, Christian material culture and journalism in Budapest, Erlangen, Leipzig and Rome. He is postdoctoral FWO [PEGASUS]² Marie Skłodowska-Curie Fellow at the Research Unit History of Church and Theology, Faculty of Theology and Religious Studies, KU Leuven, Belgium. His actual research project investigating the reception history of the story of “Jesus and the adulteress woman” (pericopa adulterae, John 7,53-8,11) in late Antiquity. In addition, he is the PI of an international and interdisciplinary research project supported by the Research Foundation – Flanders (FWO) exploring the earliest Christian f 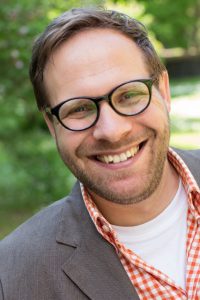 ree-standing sculpture in history, the so called “Hippolytos-statue“. For some time now, he is increasingly interested in exploring the conflict potential of the ‘materialised sacred’ like relics, icons and holy spaces. Dr. Handl’s contributions are focusing primarily on these domains and include publications to the life and afterlife of bishop Calixtus I of Rome ; to the early development of the papacy and to its reflection in the Liber pontificalis; to the cult of martyrs and relics; to reception of biblical passages; to justification strategies of violence in the writings of Gregory of Tours; and to the impact of migration on inner Christian conflicts in the pre-Constantinian Rome.

Pieter B. (Bärry) Hartog teaches Biblical Studies and Ancient Judaism at the 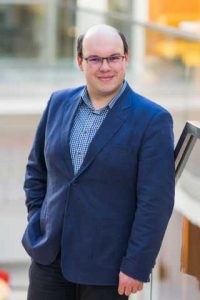 Protestant Theological University in Groningen (the Netherlands). During the 2019–2020 academic year, Hartog resided as a Humboldt Postdoctoral Fellow at the Institutum Judaicum Delitzschianum in Münster. His research interests include the Dead Sea Scrolls, ancient Judaism in the context of the Graeco-Roman world, ancient textual scholarship, and the formation of identity in complex societies. His most recent project, “Identities on the Move: Jewish, Christian, and Greek Travel Narratives from the Early Roman Empire,” explores the connection between travel, identity, and intercultural encounters in travel narratives from the 1st–3rd centuries CE.

Daria Krivonos (PhD Sociology) is a postdoctoral researcher at the University 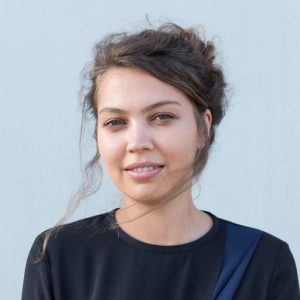 of Helsinki. Her research interests are in migration, racialization, whiteness, gender, and labour. She previously did ethnographic research on young Russian-speakers’ migration to Helsinki, Finland and her current research explores Ukrainian migrant labour in the Polish service economy. 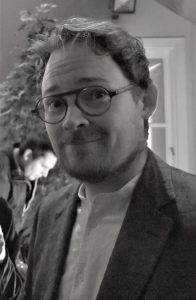 Athens. After having obtained his doctoral degree from the University of Turku (2013) he held research fellowships in St Andrews and Helsinki. His main research interests include the dynamics of intergroup representation and identity-construction, Latin and Greek ethnographical, geographical and historiographical writing from the Hellenistic to the Late Imperial Eras, ancient divination, and some aspects of the reception of ancient literature in the Early Medieval West and Byzantium. 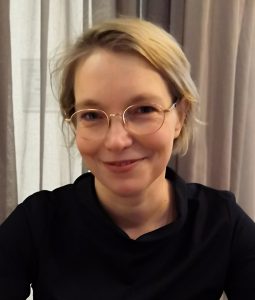 Her research interests include the study of migration and asylum, work and employment, care and transnationalism, intersectionality and ethnographic methods. She is the editor-in-chief (with S. Bendixsen) of Nordic Journal of Migration Research. Most recent publications include an edited special issue for Journal of European Social Policy on Local loops and micro-mobilities of care with Lise Widding Isaksen and articles for Sociology, European Journal of Cultural and Political Sociology and Journal of Family Research. For a full list of publications see: https://tuhat.halvi.helsinki.fi/portal/fi/person/lnare

Elisa Pascucci (PhD Geography) is a postdoctoral researcher at the University 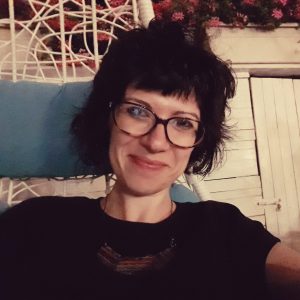 of Helsinki. Her current research focuses on international aid and precarious labour, as well as humanitarian architectures, logistics and the politics of displacement, with a particular focus on the Mediterranean and the Middle East.

Greg Woolf is an historian and archaeologist specializing in the Roman 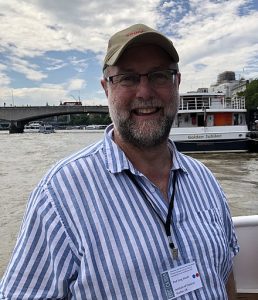 Empire. He has published on various aspects of the ancient economy, on ancient literacy, on Roman religion, on late prehistoric Europe and on ancient history in the very long term. His books include Becoming Roman. The origins of provincial civilization in Gaul (1998), Et tu Bruté? The murder of Caesar and political assassination (2006), Tales of the Barbarians: Ethnography and Empire in the Roman West (2011) and Rome. An Empire’s Story (2012). The Life and Death of Ancient Cities. A Natural History will be published in 2020. He has also coedited collections on ancient literacy, on the city of Rome, on ancient libraries, on encyclopaedism, on authority and expertise in ancient scientific texts, on religious dimensions of the self, and on women in the Roman city. He is currently working on mobility and migration in antiquity.

Greg Woolf has degrees from Oxford and Cambridge and between 1989 and 1998 held fellowships at various colleges in the two universities. In 1998 he became Professor of Ancient History at the University of St Andrews in Scotland. He has held visiting position in Brazil, France, Germany, Italy, Spain and the United States. He is a Fellow of the Society of Antiquaries of Scotland, of the Society of Antiquaries of London and of the British Academy, and a Member of Academia Europea. Since January 2015 he has been Professor of Classics in the University of London and Director of the Institute of Classical Studies in the School of Advanced Study. He is also an Honorary Professor of Archaeology at Univerity College London. From January 2021 he will take up the Ronald Mellor Chair of Ancient History at the University of California, Los Angeles.

Miira Tuominen is professor of philosophy at the Department of Philosophy at University of Stockholm. She is the leader of the project Nature and Moral Status of Non-Huma 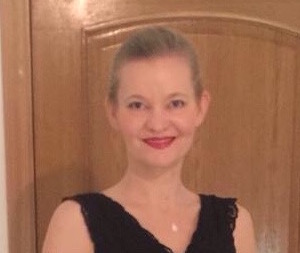 n Animals in Antiquity and Middle Ages financed by the KONE foundation (2019-22). After defending her PhD thesis at the University of Helsinki in 2001, Tuominen has worked in Helsinki, Chicago, Oslo, and Stockholm at Universities and Centers for Advanced Study and since 2008 at the University of Jyväskylä. Her publications cover many different thematic areas in ancient philosophy. In addition to the monographs, Apprehension and Argument: Ancient Theories of Starting Points for Knowledge (2007) and Ancient Commentators on Plato and Aristotle (2009), Miira Tuominen has co-edited several collections of articles and published articles and book chapters on, for example, philosophical psychology, theory of argumentation, happiness or the good life and the arguments about taking one’s own life in Plato’s Phaedo. Her newest work concerns Porphyry’s On Abstinence, and Tuominen has just finished a monograph manuscript on the treatise as well as articles on, e.g., Porphyry’s argument for animal justice, his assumptions concerning gender and femininity in living beings, as well as the role of the notion of law and conventions in the arguments against animal sacrifice. 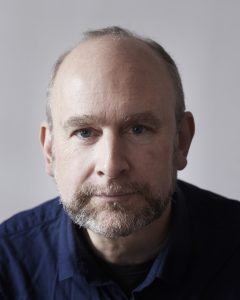 studied Classics and ancient philosophy at Trinity College, Cambridge, where he took his Ph.D. in 1993. His research takes place at the interface of philosophy and medicine in the ancient world, with a particular focus on Galen and strong interests in the Platonic tradition, the Stoics and previous medical writing. A central preoccupation is with the mind–body relationship, and he has published a range of articles on ancient medical-philosophical views in related areas (psychology, ethics, diagnostics and therapy, physiology and pharmacology), as well as a co-editing a volume on Mental Illness in Ancient Medicine (Brill, 2018). He as also written on aspects of Graeco-Roman intellectual life and performance culture, and produced three major volumes of translated works of Galen (with Oxford and Cambridge University Presses, 1997, 2013, 2018). He has taught at Kings and Birkbeck Colleges, London, has held research posts at Newcastle University, Birkbeck College and at the Humboldt University and the Einstein Centre, Berlin, and is currently an Honorary Research Fellow at Birkbeck.