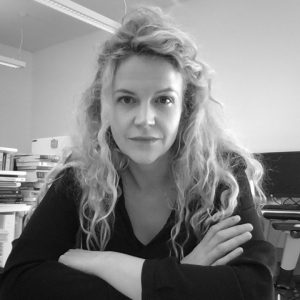 Member of editorial boards of:

Mediatized crises: Civilian surge of disaster communication practices on social media (2017-2018). The emergence of digital media has intensified and altered the interrelationships between media and crises in today’s global media environment. Media and related communicative practices shape crises and disasters both inside out and outside in, as media plays increasingly performative and constitutive roles in them. The interplay and antagonism of new actors and related forms of action and interaction have thus emerged. Consequently, novel forms of exercising power have developed, altering the structural impacts and social significance of crises. The civilian surge in disaster communication has emerged from this mediatized condition. Digital connectiveness allows ordinary people to mobilize and have a profound impact on crises themselves, in terms of their organization, development, outcomes, and social implications. This PhD dissertation aims to study ordinary people’s media practices that emerge in disasters in order to produce novel and nuanced understanding of the roles, connections, and actions of ordinary people in today’s mediatized condition of crises and disasters.

This research is funded by Kone Foundation Bold Initiatives.

Je suis Charlie – The Symbolic battle and struggle over attention (2015-2017)
In January 2015 a terror attack to the headquarters of Charlie Hebdo, a satirical weekly magazine in Paris, activated a symbolic battle and a struggle over attention in the transnational media. The symbolic battle was fought over the values of the freedom of expression and religious sensitivity. This project examines how this event was created, experienced and circulated in a multiple media platforms, and how it united and/or polarized different kinds of imagined communities emerging around those symbolic battles. The project applies theoretical framework of a disruptive media event and combines digital ethnography and social network analysis for collecting and analyzing the events in the media.

This two year project is carried out at the University of Tampere,
Tampere Research Centre for Journalism, Media and Communication
(COMET) and is funded by the Helsingin Sanomat Foundation.

Youth Street Politics in the Media Age: Helsinki and London Compared (2012-2014). The aim of the ‘Youth Street Politics in the Media Age’ project is to study the construction of youth-related social problems in contemporary societies where the media plays an increasing role in constructing and maintaining social and spatial reality. This interdisciplinary project examines how public narratives – classically called as “moral panics” – over suburban youth in Helsinki and London are constructed in the media and how the youth themselves use urban space – the ‘street’ – to confirm and/or subvert these media representations. The project will also explore how the street is used to give voice to the experiences of social and spatial inequality in a broader sense, and how what we call ‘youth street politics’ – more or less organised youth action – is used to challenge these experiences.

I-Witnessing: Global Crisis Reporting Through the Amateur Lens (2011-2012). This international comparative research project examines how major news organizations and their audiences are responding to the growing availability of user-generated content (with special reference to citizen produced imagery) in Finland, Sweden and the UK. This project’s focus on citizen contributions to news reporting, in particular crisis reporting, offers a distinctive vantage point to examine key aspects of the changing media environment (e.g. “participatory media culture”, “crisis of journalism”).

Charlie Bit My Finger! What the News Media Can Learn from YouTube? research project (2010-2011) aims at offering new knowledge about the use of visual communication media and how YouTube establishes communality and a sense of belonging in today’s media-saturated society. The project is carried out by the Communication Research Centre at the Department of Communication, University of Helsinki. The project is funded by Helsingin Sanomat Foundation.

Crisis and Communication: A Comparative Study research project (2007-2009) was carried out by the Communication Research Centre at the Department of Communication, the University of Helsinki. The aim of the project was to analyse the social and cultural implications of different types of crises from Nokia town water crisis to the Jokela and Kauhajoki school shooting. The project was funded funded by Helsingin Sanomat Foundation. 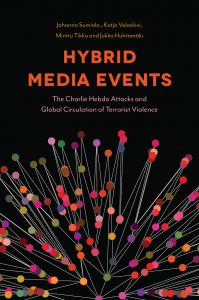 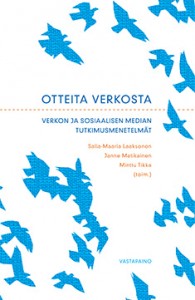