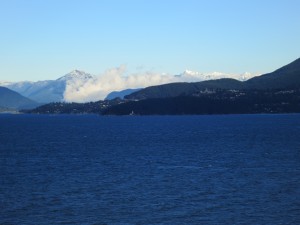 After the SBL Annual Meeting in San Diego, the REECR project made a visit to the University of British Columbia, Vancouver, for a workshop on “Ritual and Morality in the Development of Early Christian Religion” (26–27 Nov, 2014). This event was organized together with Prof. Edward Slingerland’s six-year project on the “Evolution of Religion and Morality”, REECR’s partner, which has created a network of more than fifty scholars and scientists (CERC) to answer such ambitious questions as what religion is, how it is linked to morality, and why it plays such a ubiquitous role in human existence (see the link to CERC on the right side of this website). Over the two days of the workshop, we received helpful feedback about our work from Ted’s research team as well as other UBC colleagues, Dietmar Neufeld in particular, learned more about the Database of Religious History and had great time in Vancouver. We are grateful for the hospitality of the UBC folks and for the well-organized workshop. The workshop program is uploaded on the events tag.