The Representative Council is the highest decision-making body of the university’s Student Union. It is composed by 60 representative and 120 deputies that are elected for a two-year period.

In the elections held in fall 2014, two Tsemppi members were elected as representatives. In addition, four of others will be deputies. Get to know them better by clicking in their pictures! 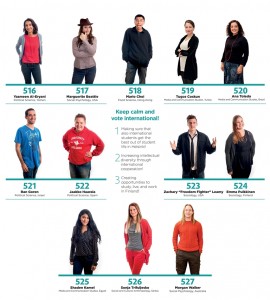