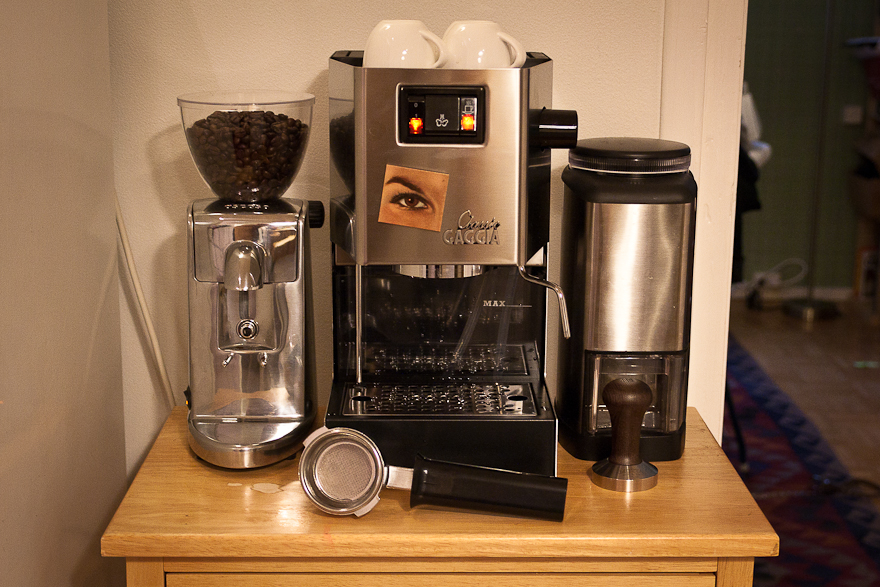 After extensive internet research, I decided to get myself a home espresso setup: A Gaggia Classic machine and an Ascaso i-Mini grinder. These are my notes on why I chose this particular gear and what I’ve learned about it, by reading the experiences of other owners and during my first few days with my own machine. Super geeky coffee talk ahead! END_OF_DOCUMENT_TOKEN_TO_BE_REPLACED

Just returned from a seminar “On Populism and Politics” by the Finnish Political Science Association and politiikasta.fi, with an interesting discussion on the concept of populism and its usefulness with contributions from several researchers from the fields of political science, sociology and communication.  END_OF_DOCUMENT_TOKEN_TO_BE_REPLACED

Gladly, I’ve received funding for the year 2013 from the Kone Foundation to start off my PhD work on the Finns Party, Finnish political culture and populism. This means I’ll start working on the study in January. Still waiting for information about an office space – hopefully with other political sociology researchers at the University.

My research proposal can be found here (4-page PDF), though it will very likely be altered to some extent once I get the work going. However, many issues such as the connection between gender and conservative politics do interest me and will likely be part of the research. Additionally, I hope to be part of developing a framework of analyzing populism via Laurent Thévenot’s sociology of engagements.

I’ll also be presenting my work at a seminar, “On Populism and on Politics” on the 18th of December, 2012 (next week’s Tuesday!). I’m preparing slides that will present what I’ve done so far in a condensed form, so I’ll upload them here after the event.