For the Finnish Veterinary Student Association EKY, the year 2020 was undoubtedly one of the most challenging to date, as the global pandemic impacted on many traditions and plans. It was a balancing act for EKY to safeguard health and safety, comply with restrictions and guidelines, as well as organise meaningful leisure activities for members and integrating new students into the Faculty and the association. EKY is the student organisation for students pursuing a licentiate degree at the Faculty of Veterinary Medicine of the University of Helsinki. Consequently, EKY aims to support our students in issues related to both studies and leisure.

EKY is regularly in contact with the Faculty and the dean. The board meets the dean approximately once a month, and there are student representatives in many Faculty bodies, such as the Faculty Council. EKY is also part of the electoral alliance HELP together with Pykälä, LKS, HLKS and Justus. In the council elections held for HELP in 2020, two representatives from EKY were elected.

EKY’s year got off to a busy start, as a statement was drawn up right at the beginning of the year on the funding cuts targeted at the Veterinary Teaching Hospital, which to our joy were cancelled later in the spring. In February, the Faculty of Veterinary Medicine and the Faculty of Agriculture and Forestry as well as representatives of EKY and MMYL met with representatives of the Ministry of Agriculture and Forestry and the Ministry of Education and Culture to discuss the future outlook of the Faculties. In November, an online seminar called Eläinlääkäri 2040 (‘Veterinarian 2040’) was held, with experts and student representatives from different year groups. The event was part of vision-building efforts aimed at producing material for the development of education and research at the Faculty to meet the future needs of the field and society.

In 2020 the pandemic and the resulting remote instruction and restrictions highlighted the importance of student wellbeing even more than before. In September, a new wellbeing committee was established, composed of EKY’s social policy coordinator and student representatives from different year groups. The goal of the wellbeing committee is to enhance communication among and between students from different year groups, as well as to increase inclusivity and reduce stress and competition among students at the same stage of studies. In addition, the committee seeks to identify measures to support first-year students in particular in building community spirit in the middle of the pandemic. In December, the wellbeing committee conducted a wellbeing survey for all Faculty students, focusing particularly on coping with studies, inclusivity and challenges engendered by the pandemic-related restrictions. The results were discussed together with the dean, who also passed them on to other parties. The survey is to be consolidated as a survey conducted twice each academic year.

Due to the pandemic, traditional on-site events and anniversary celebrations had to be cancelled after the first months of the year. Instead, a range of virtual events were organised in 2020. For instance, the traditional Prewappu party was held on Zoom as a ‘quarantine adventure’, where teams journeyed through Zoom rooms and completed assignments, each individual from the comfort of their own home. A Facebook group called VirtuaaliKuopio was created in April for, among other things, setting up virtual game sessions and reading virtual issues of the Epiglottis member magazine. The remote meeting platform Zoom was actively utilised for events, in addition to which EKY has a Discord channel of its own.

In addition to on-site events and celebrations, a variety of planned excursions had to be cancelled due to the pandemic. However, some general activities were successfully held online, such as the evening events for meeting colleagues on Zoom. In place of sports excursions, a physical activity competition between students from different year groups was held in spring 2020, with students accumulating kilometres, over the course of three weeks, through a range of transport modes for their specific year group. The class of C-76 won the competition with 6,243 kilometres, and was given the opportunity to donate a sum sponsored by EKY to a philanthropic cause of their choosing. A running school was organised in November where participants developed, among other things, their running technique and endurance once a week at the Eläintarha track.

EKY has several clubs that it supports financially under the faculty-level association. The clubs typically collect small membership fees that are used to cover the costs of various events, such as lectures, excursions and panels. While the pandemic also brought challenges to club activities as well as the organisation of on-site events and excursions in 2020, the clubs were still able to organise a commendable number and variety of activities and events on Zoom, as well as outdoors, Covid situation permitting. EKY also gained a new club, Eurokerho (‘Club Euro’), which was established in late 2020. The primary goal of the club is to improve the economic expertise of its members, focusing on topics that are the most relevant to veterinarians. Additionally, the club aims to create concrete methods for succeeding in the labour market, as well as lobby on behalf of students of veterinary medicine in the area of salaries and employment. EKY’s play ‘Miisa Mikälie & mahtava maailmanloppu’ was initially postponed from the spring to the autumn and ultimately cancelled altogether, as the coronavirus situation had not improved sufficiently.

In 2020 some additional tools were offered especially to fifth-year students before their transition to professional life during the summer when they receive their bachelor’s degree. In the Flutteri section of the Facebook group for veterinarians, a form was added where veterinarians could fill in their contact details and descriptions of substitute positions targeted at bachelor’s graduates. Subsequently, the list was distributed among fifth- and sixth-year students. In addition, in the late summer of 2020 a survey organised by the career coordinator was sent to the fifth-year students who graduated with their bachelor’s degree to capture their experiences of different municipalities and clinics, feelings regarding coping and tips for future fifth-year students. The results, which will be analysed, were also presented to the EKY board. The analysis will be postponed to spring 2021, when the intention is to reach out to the Finnish Veterinary Association and organise an evening session on the results for fifth-year students.

Sofia Snellman
Deputy chair of the EKY board

Photos of EKY’s activities in 2020 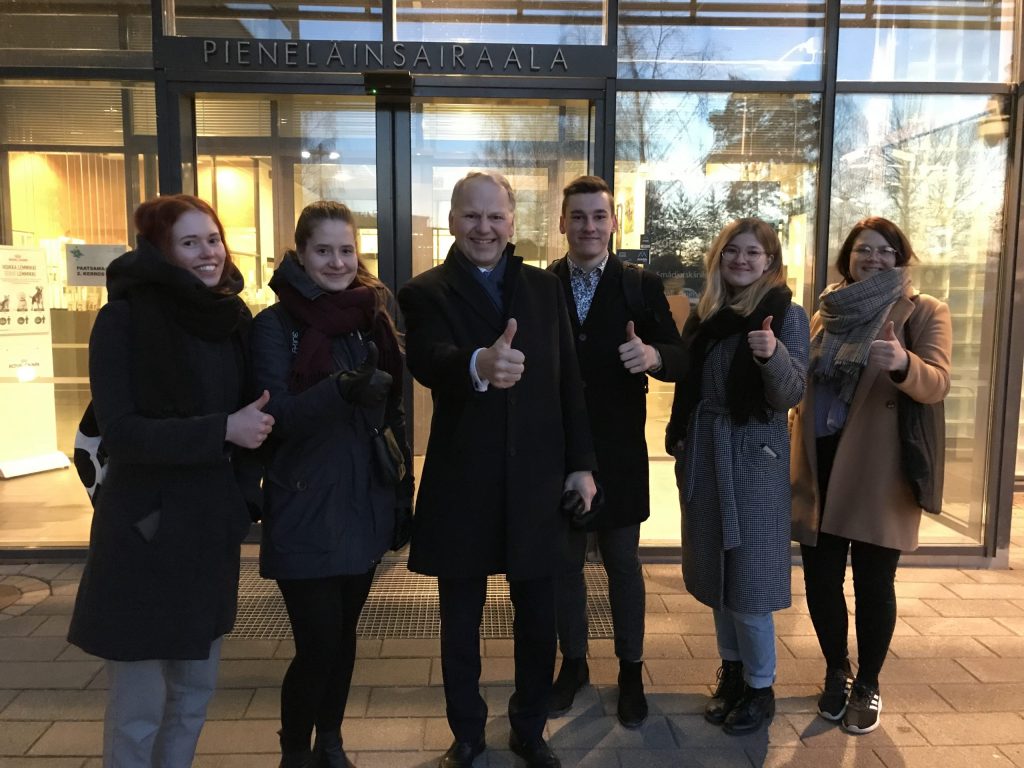 Minister of Agriculture and Forestry Jari Leppä visited Viikki Campus in February, meeting with members of EKY and MMYL. Among other topics discussed in the meeting were the funding cuts of the Veterinary Teaching Hospital. 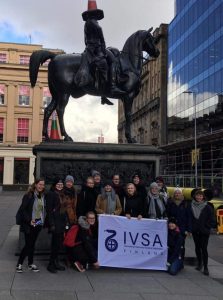 IVSA Finland had time to organise a group exchange to Edinburgh in late February and early March before the pandemic situation worsened in Europe. The Scottish students’ reciprocal trip to Helsinki had to be cancelled. 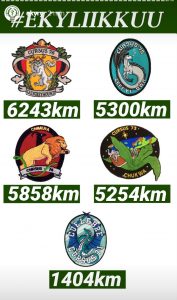 The C-76 class, also known as Cursus Calygreyhound, was victorious in the sports competition held in spring 2020. 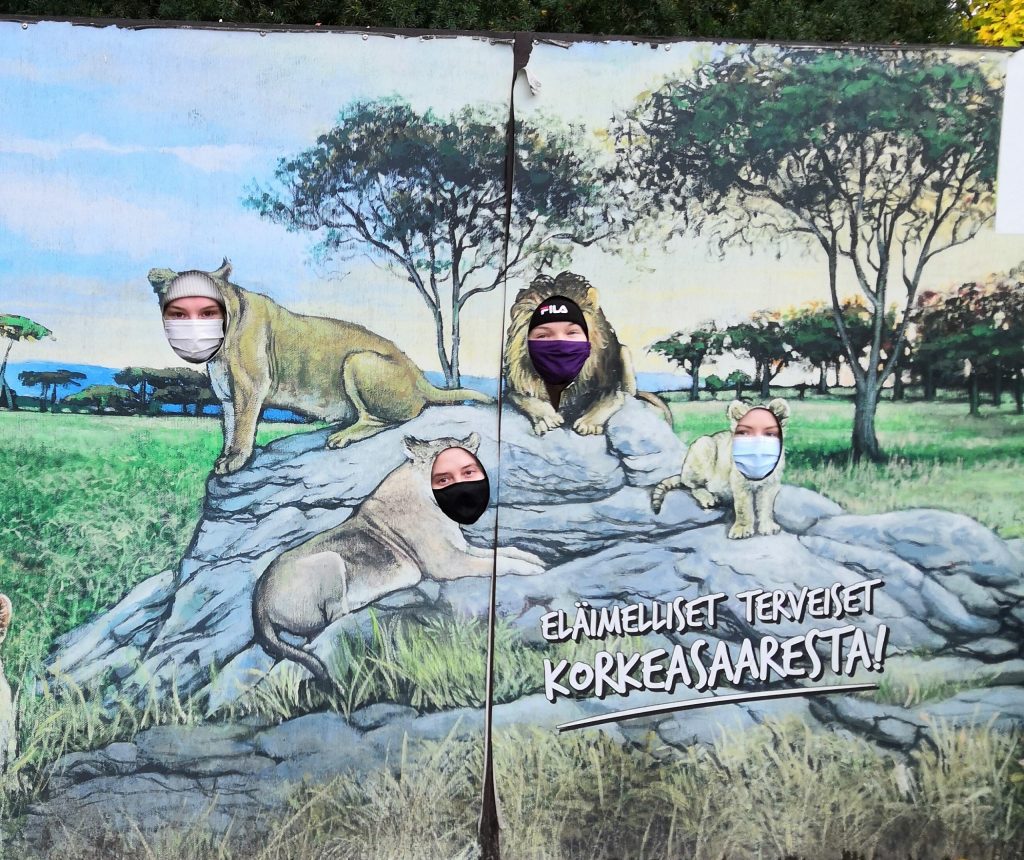 Student associations mentioned in the text/explanation of abbreviations: