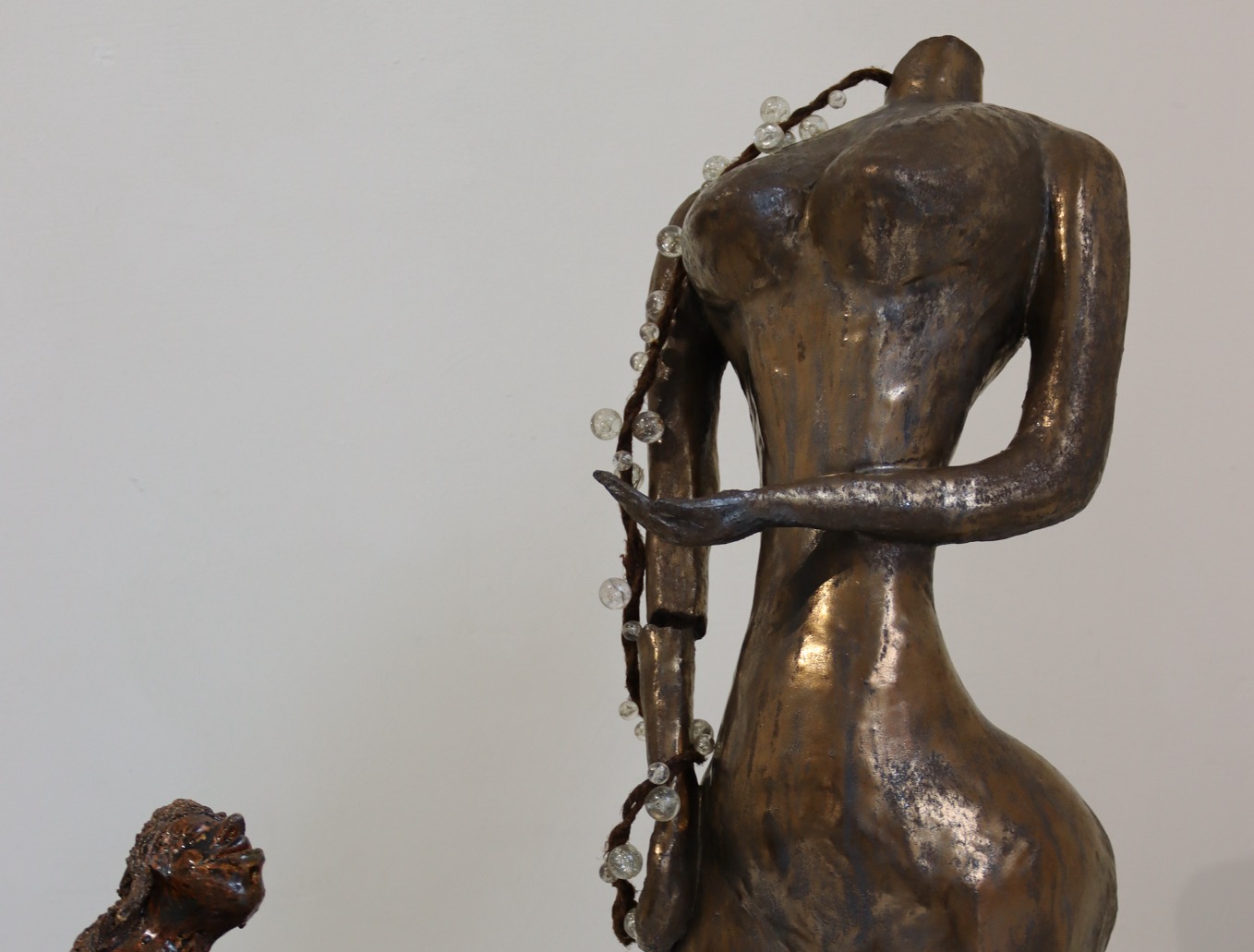 Building a connection is derived from two ceramic figurines connected by a woven vine.

“My piece consists of two ceramic female figures, who together represent the interaction between the arts and science. The women ponder how to fix the broken arm and the resultant tissue damage. This connection between the arts and science is resembled by the woven vine between the two figures. Like an umbilical cord that is full of life, the vine flows from the naval of the intact statue. The umbilical cord contains small messengers called vesicles. The vine twists and turns around the damaged statue’s arm to support the tissue, allowing the vesicles to fix the damage. With this piece, I wanted to honour the research my dear friend Professor Marjo Yliperttula has done in her scientific career with vesicles. For years vesicles have been in her life as family members, growing from newborns to puberty, towards adulthood and independence! This project generates a third dimension, which acts as a bridge, guiding the viewer into the scientific world with the help of art, and vice versa. In this piece, the umbilical cord concretely depicts this third dimension between the arts and science and the vesicles in the umbilical cord represent the special bond and connection between a scientist and their subject”. 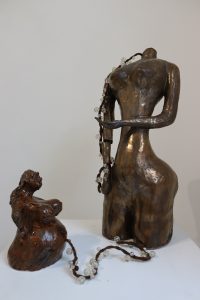 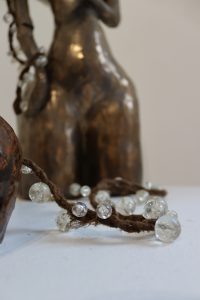 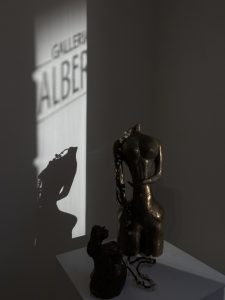