How do you teach democracy? Isn’t there a profound contradiction? At least, if one believes in what Woodrow Wilson once stated: “the whole purpose of democracy is that we may hold counsel with one another, so as not to depend upon the understanding of one man“.

But isn’t one man’s understanding of democracy  exactly the reason for what we can see as authoritarian backsliding of the eastern members of the European Union? How have phenomenon such as the erosion of the rule of law, high degree of corruption, over-centralisation of governance, limitations on media and curbing civic freedoms continued to grow, while a small elite was allowed to grab power and manipulate the rest of society? This is a thrilling problem because it exists within the value-based community of the EU. We have heard several possible explanations such as: shallow democratic experiences, transitions from socialism to market capitalism that were considered too fast, the unequal standing of eastern and western members of the EU, the 2008 economic crisis, globalisation, the rise of populism and the spread of Putinism – just to mention a few.

What if we have forgotten or, in the Eastern European case, never learned, that democracy is not really a grandiose idea but a day-to-day, down-to-earth hands-on process: a practice to discuss, debate and deliberate in order to arrive at consensus of how to solve real life problems.

But perhaps the explanation is a lot simpler. What if we have forgotten or, in the Eastern European case, never learned, that democracy is not really a grandiose idea but a day-to-day, down-to-earth hands-on process: a practice to discuss, debate and deliberate in order to arrive at consensus of how to solve real life problems.

Now, this one man can surely teach democracy because it is about inspiring students to rethink concepts that we take for granted – much too often. So, we as scholars can offer a useful tool for this purpose: area studies, which is in fact embedded in democratic discussions. Area studies were established in the late 19th century for practical reasons; to solve complex problems colonial administrations faced in India and Africa. While the ultimate aim was ominously undemocratic, the process of problem-solving in itself, was not. It established a new procedure where representatives of different disciplines came together, as equals, and collaborated for one purpose. The colonial administrations – fortunately – faded away, while deliberative and interdisciplinary co-operation further developed teaching and learning, now for the common good rather than sustaining state power. Furthermore, area studies provide a deeper understanding that problems of democracy are complex issues which cannot be worked out by the toolkit of a single discipline alone.

So, we need others to work with us and share our worries, dispute, deliberate and if possible, to achieve an understanding. When we look at the whole process it becomes rather obvious that this is actually the methodology of democracy .

‘How can one be offended by the truth?’ asks Katarzyna Markusz, a Polish journalist who was investigated by the police in February 2021 for writing the previous October that antisemitism was widespread in interwar Poland.

This simple, almost naive sounding question is only seemingly rhetorical. Even when trying to leave out the deep philosophical dimension of the term “truth”, several practical questions regarding its definition arise. Is there just one “truth”? Particularly in a democracy, who determines what “truth” is? Does “truth” simply equal “facts”? And, if so, which facts can be considered as proven beyond doubt? If even seemingly “objective” quantitative measures such as statistical surveys have been prone to contain some level of bias, can facts produced by humanistic disciplines such as History ever be universally accepted as undeniable?

What happens if a fact generally accepted as “undoubted historical truth” in one place is denied by individuals, groups or whole countries elsewhere?

The difficulties with definition lead to further problematic questions and scenarios. Is there a free-standing “right to truth” or must the concept be connected to another human right(s)? What is the scope of such a right  and what are its individual and collective dimensions? What happens if a fact generally accepted as “undoubted historical truth” in one place is denied by individuals, groups or whole countries elsewhere? If such historical truth constitutes a vital part of some collective national identity, could and should the right to this truth be protected by means of (criminal) law? This article and this TED Talk provide an excellent introduction to the problematic nexus between historical truth, collective memory and laws that prescribe and proscribe certain interpretations of past events.

For Markusz the ‘Polish participation in the Holocaust is a historical fact’. For Poland this statement is a possible violation of Article 133 of the Penal Code that punishes public insults to the Nation or the Republic of Poland with up to three years imprisonment. This law is better known as the so-called “Holocaust law” of 2018, which initially imposed criminal liability for attributing any (co-)responsibility for Nazi crimes to the Polish Nation or the Republic of Poland. Apart from causing an international scandal, this law was harshly criticized within academia for protecting certain opinions rather than historical facts. The law was adjusted later the same year, which some interpreted as Poland’s backtracking under international pressure. Others rather lamented that the law was a long-term victory for the Polish government in promoting and guarding their version of the historical truth, since contradicting the official narrative is now a matter of civil liability (as “renegade” historians Professors Barbara Engelking and Jan Grabowski well know).

Poland is not the only country to pass controversial memory laws. Nikolay Koposov’s seminal book demonstrates that fighting memory wars with the means of memory laws is a new worrisome trend, particularly in Eastern Europe. Such history politics is partial and exclusive by definition. In Poland’s case, the fight against anti-Polonism is not matched by comparably vigorous efforts regarding other hate speech (a fact for which the country was recently reprimanded by the EU). The current situation in Poland is bewildering: archaic religious antisemitic claims can be viewed as academically substantiated, while the historical accuracy of the testimony of a Holocaust survivor is challenged in a court of law (here Professor Grabowski talks about that trial and the future of independent academic Holocaust research in Poland).

The charges against the Polish journalist were dropped. Markusz calls the decision ‘logical’ as she had ‘only stated known facts’. Yet the impression lingers that recent history politics in Poland are determined by alert mnemonic warriors defending the “good name” of the allegedly homogenous Polish Nation who are offended by the truth each time it does not suit them.

Anna Gringberg  is a soon-to-graduate Master’s degree (MSc.) student of Intellectual Property Law at Hanken School of Economics, and participates in the Interdisciplinary Master’s School at the Aleksanteri Institute “Expertise in Russian and Eastern European Studies” (ExpREES). Anna’s specific area of competence is Russian legal system, economy and society; her Master’s Thesis is a comparative paper on “Trade Secrets Law in Russia and EU.” Anna’s additional professional interests cover the recent developments in European constitutional law, focusing in particular the memory politics in Central and Eastern Europe.

This website will keep you informed about the Nordplus funded BAMSE 2020 and BAMSE 2021 projects. The website is under construction and will be published in August 2021.call 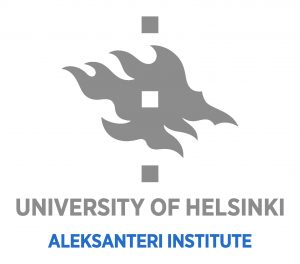