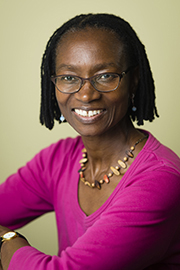 The very visible economic and social changes that have shifted China’s position in the world have also had implications for children and families and how childhood is viewed. While many people identify the one-child policy (introduced in 1979 and being phased out since 2015) as the key issue in this area, three other issues are particularly important for their impact on children, childhood and everyday family practices and so for Chinese identities and how it will see itself in the future. These are: children ‘left behind’ while their parents move to big cities to work as a result of the hukou system (which has itself been relaxed over the last year); changes to the ways in which the Confucian ideal of filial piety (Chinese: 孝, xiào) is practiced in some cities and the rapid reduction of international adoptions of children from China, in keeping with the Hague Convention on the Protection of Children and Co-operation in Respect of Intercountry Adoption, (1993).

This talk will discuss all three issues in the context of current policy transformations in China and broader cultural changes in constructions of childhood and the ‘best interests’ of children and their families.

Ann Phoenix is Professor of Psychosocial Studies at Thomas Coram Research Unit, Department of Social Sciences, University College London’s Institute of Education and from 2016-8 is the Erkko Professor at the Helsinki University Collegium for Advanced Studies.  She is a Fellow of the British Academy and her co-authored book written at the Collegium is:  Environment in the Lives of Children and Families: Perspectives from India and the UK, by Ann Phoenix, Janet Boddy, Catherine Walker, and Uma Vennam (2017) Policy Press.

This event is organized by Confucius Institute at the University of Helsinki.