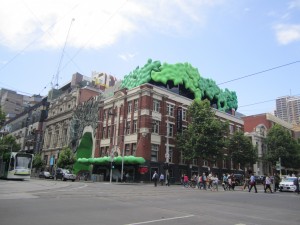 This is the building where the conferences are held (RMIT Storey Hall). You can find more information about this particular conference from the following link: https://www.rmit.edu.au/events/all-events/conferences/2015/november/translating-impermanence-symposium/#pageId=overview.

During the first week of November, I attended two conferences in Melbourne on migration in the world in the Asia-Pacific region. I am interested in the lives of migrants in the lower rungs of the society they moved into, and participated in the conference “Transient Migration in the Asia-Pacific: Identities, Social Networks, and Media” hosted at the Royal Melbourne Institute of Technology.

The working group I took part in, explored the lives of migrants from countries like the Philippines and China to developed countries like Hong Kong and Australia. Presentations started with Catriona Stevens speaking on how low-educated, economic migrants from China arrived in Australia for temporary work but soon found it challenging to return back. This has made them “reluctant settlers” in Australia, where they stay because of the better education system that is offered to their children. This sudden influx of transient to permanent “identities” in Australia affects both policies and also their assimilation into the country. Next, Evelyn Kwok presented on the exploitation of Filipino domestic workers in Hong Kong by their employers, the public and the Hong Kong government, with only a salary of 450 USD monthly for a 6 day work week. She also charts their identity construction through their place-making strategies in urban spaces. Lastly, Assoc. Prof Farida Fozdar presented on the lack of understanding on migrant workers’ social and cultural needs when Australia opened its borders to economic migrants to resolve its economic concerns. All these presentations have one key theme in mind that relates to development geography, which is the global movements of transient migrants and their marginalisation and exploitation if they are in the lower rungs of society. The presentations explore their “identities” i.e. their nationality, ethnicity and how this in turn affects their assimilation or segregation in their host countries. Indeed, migration is a challenge with increasing globalisation where diasporas and individuals are constantly challenged of their identities and their idea of home. 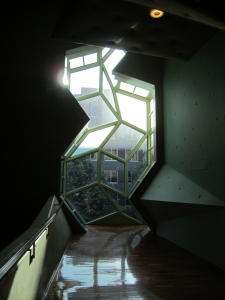 After this working group, the week of conferences ended on a poignant note- that academics should also look at how their researches can provoke thoughts and influence policies. As we study in various courses in development geography, hopefully we will also be able to apply our knowledge and research to help create a better place for those who are exploited and marginalised.