New paper by Aaltonen et al., 2019 determines how heterotrophic soil respiration (Rh), originating from the decomposition of SOM, and the Q10 of this process vary between different depths over the years following a forest fire in permafrost-affected soils. How the microbial biomass and qCO2 are affected by the fire, and what are the most important factors affecting the Q10 of SOM decomposition.

The fire also increased the microbial qCO2, and these changes partly explain the lack of significant decrease in heterotrophic soil respiration after fire, as the microbes may use more C for respiration in the recently burned areas compared with the older areas. Even though fires increased the active layer depth, the decrease in SOM quality caused by fire may limit the decomposition rate to some degree. 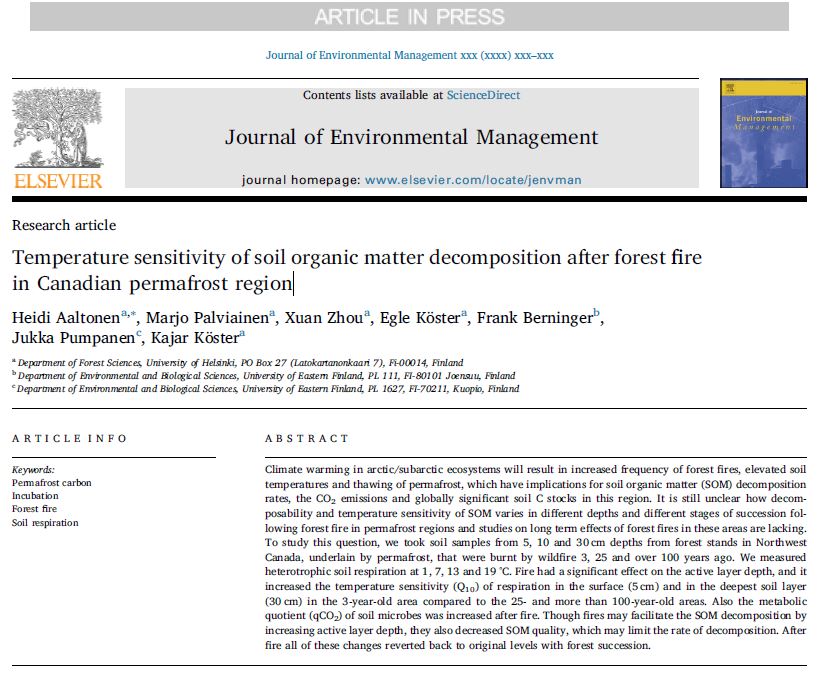