For ZOOM Link Register HERE the day before the event. You will receive the zoom link an hour before the program begins.

The concept of a national park came to Europe from the United States and quickly became popular in the 20th century. The USSR was no exception: the idea of a national park was copied from the West and first implemented in the Estonian Soviet Socialist Republic in 1973. The Republic of Karelia became a pilot region in the development of national parks and ecotourism in Russia in the 1990s. However, the Soviet attitude to nature protection differed in many aspects from the European one. The system of protected areas in the USSR assumed numerous restrictions for visitors and nature was protected not for people, but from them. Planned national parks, therefore, were perceived more as an obstacle than as an opportunity.

The transformation of the Soviet and Karelian nature included not only the transition to a new form of protected area (i.e., national parks) but also a new way of consuming nature (i.e., ecotourism), which was supposed to become a part of the economy. The process of transforming nature, despite a successful start in the early 1990s and the foundation of two national parks in the Republic of Karelia, has faced a number of difficulties and contradictions. This presentation reveals the main theses of my dissertation and demonstrates the reasons for the unpopularity of Karelian national parks and the slow development of ecotourism.

Alexander Osipov is a researcher at the Karelian Institute (University of Eastern Finland, Joensuu). His licentiate’s thesis on the Civil War in Russian Karelia was defended in 2006 at Petrozavodsk State University (Russia). He completed his doctoral thesis on the environmental history of Russian Karelia in September of this year. His research interests lie under the umbrella of environmental history and include protected areas, ecotourism, human-nature relationship, environmental conflicts and Finnish-Russian border cooperation. He is also interested in the Russian Civil War and Finnish kinship wars. His publications in English, Finnish and Russian include edited collections, a book chapter, a monograph, articles and book reviews. 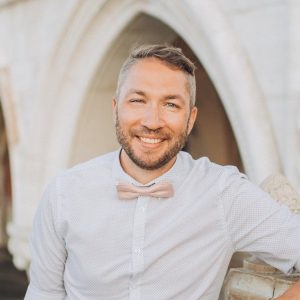