The Next Generation Action Team (NEXTGATe) of the European Society for Environmental History invites abstract submissions for a Twitter conference from 15-16 August, 2019, prior to the ESEH meeting in Tallinn. This is a great opportunity for those who attending the conference to give a preview of their paper or for those who are unable to attend the physical conference. Each participant will have fifteen minutes (approximately 10 tweets) to present their paper using the twitter conference hashtag, with a further fifteen minutes for a virtual question and answer session. We welcome and encourage the use of images, brief videos, gifs and memes in presentations. Papers may be collaborative. Each paper will be circulated on the @ESEHtweets and @ENextgate to c.1500 followers, then continue to circulate as individual Twitter moments before and during ESEH 2019 in Tallinn. If you are curious as to what this format could look like please see last year’s #ASEH2018tweets conference organised by Jessica DeWitt.

A dynamic platform on which emerging and established scholars can disseminate their research using digital communication methods.
Increased visibility and publicity for environmental history, #ESEH2019 and its presenters.
Interaction with the wider public and scholars unable to attend #ESEH2019.
A carbon neutral alternative to traditional conference structures, offering an opportunity for individuals unable to attend #ESEH2019 to participate in the conference.
Submission requirements:

Abstract submissions are due by 1 August 2019 to esehtwitterconference@gmail.com Participants will be notified of their acceptance for the conference by August 7.

IHSEAR founder Viktor Pál and network members Anthony Andersson, Stephen Brain, Leonardo Valenzuela Pérez, Christopher Reed, and Richard Tucker organised a highly successful roundtable session at the American Society for Environmental History conference in Columbus, Ohio on April 12. Given the high number of attendees it was one of the most successful sessions at the ASEH conference. 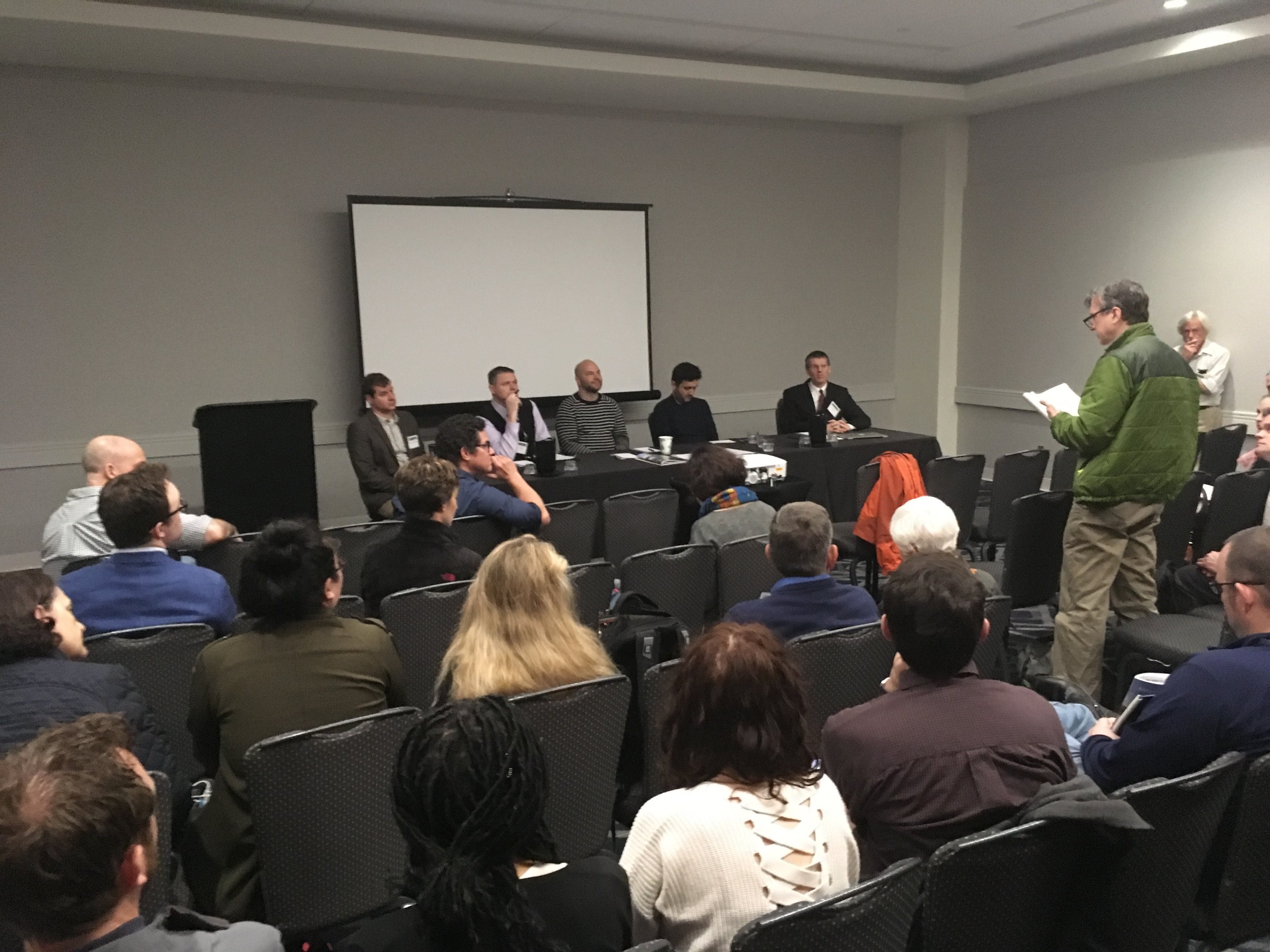 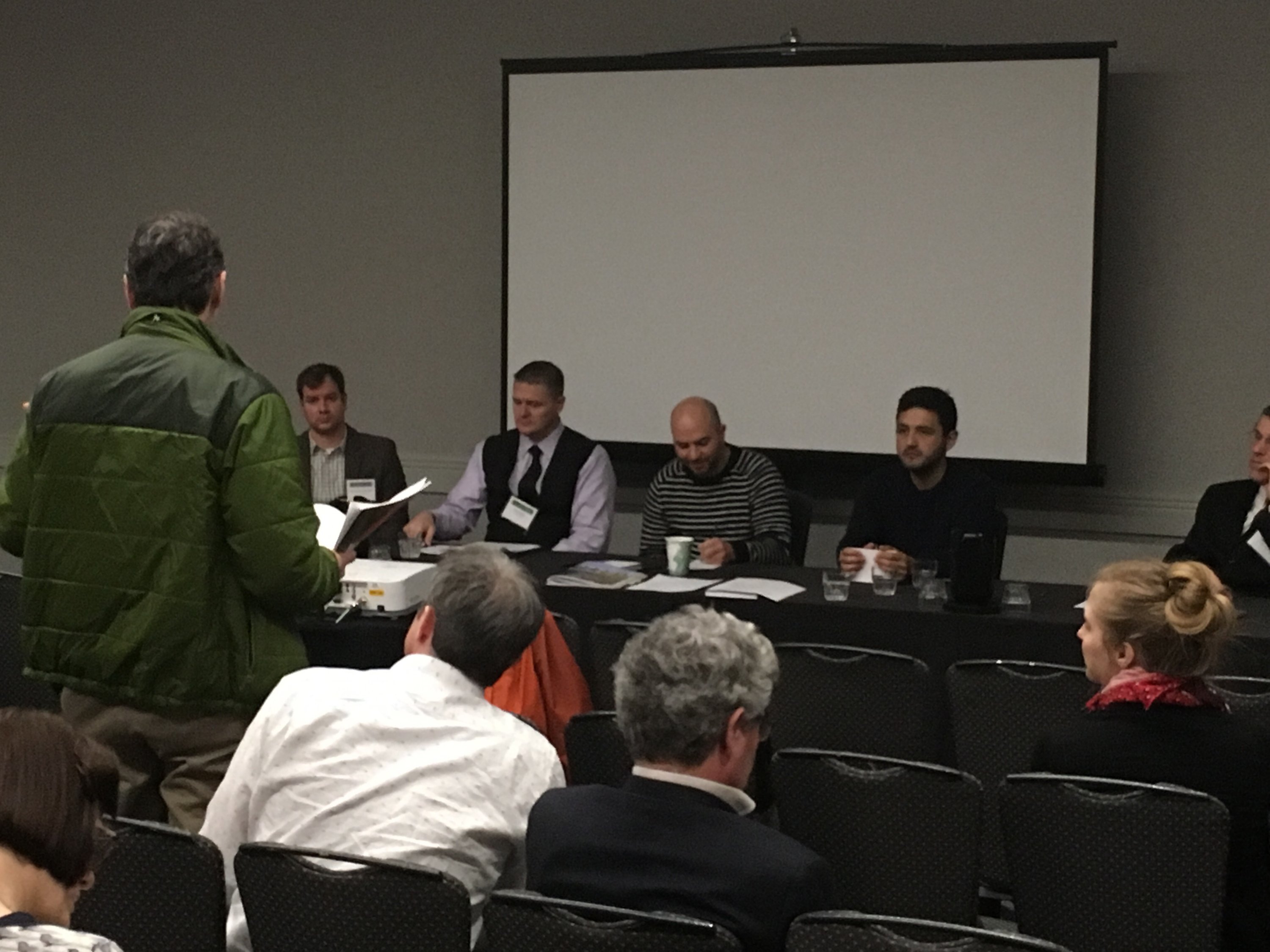 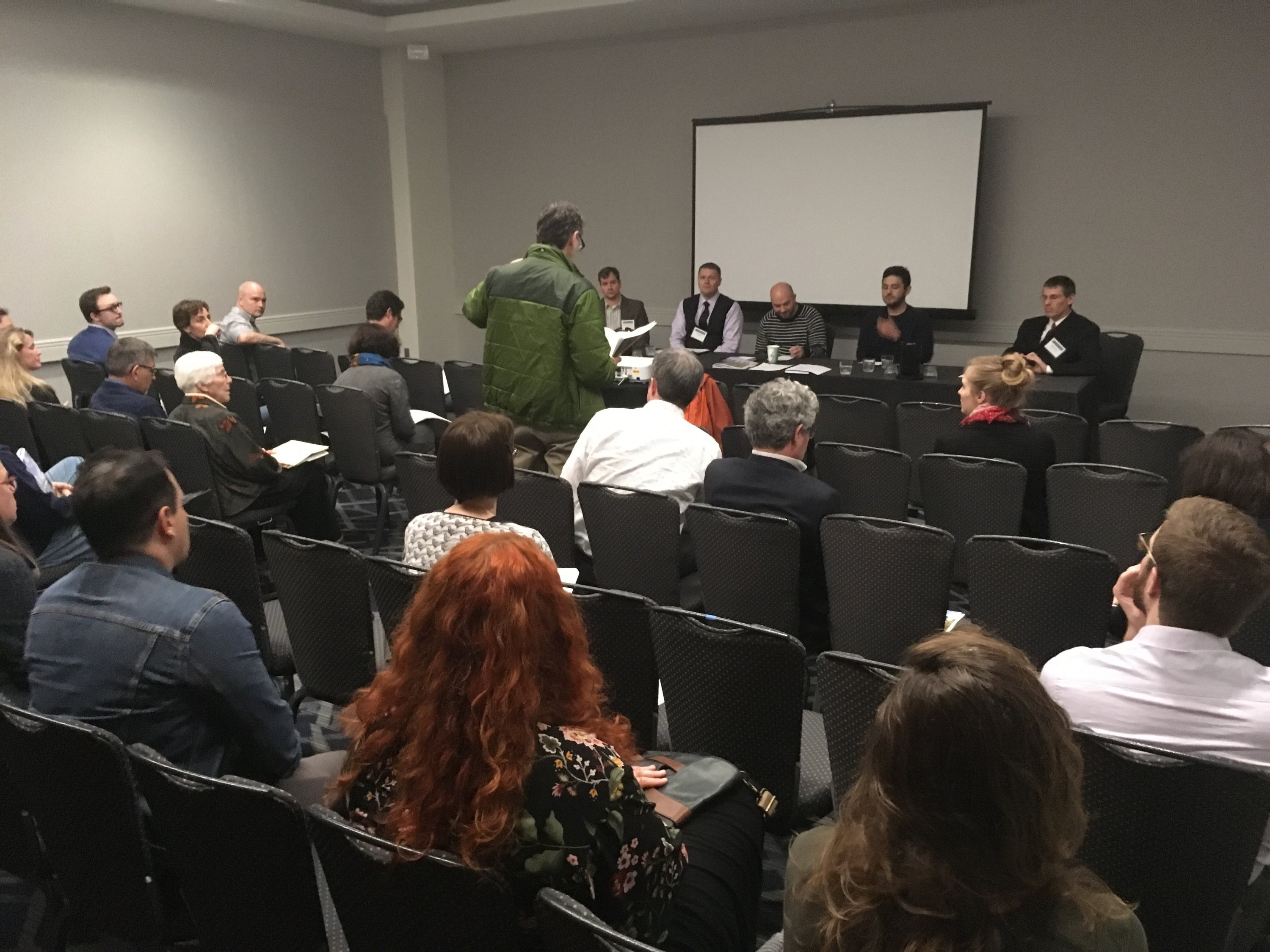 The Arts for Justice,

This seminar discusses the contemporary engagements with artistic forms of evidencing, communicating, and resisting, such as visual arts, performance, theatre, writing, film, video, eco-media and social media that address environmental and social justice and Indigenous rights. How are various constituencies showcasing Indigenous ways of knowing and being, as well as calling for actions and approaches that challenge dominant practices, such as extractivism, pipelines, land grabbing, and other threats to Indigenous values and homelands? How might artistic activism contribute to building coalitions across nations and differences? What techniques are used to reach audiences and what possible changes can result? What can be evidenced by the arts? The participants are both artists and researchers, sharing their works and ideas, and then we encourage the participants to take part in the conversation in which we will learn from each other.

9:15 Opening words by the organisers

17:00 Wine reception & Poster Exhibition by the students in the course Biocultural approaches to the environment and conservation (IND-512) 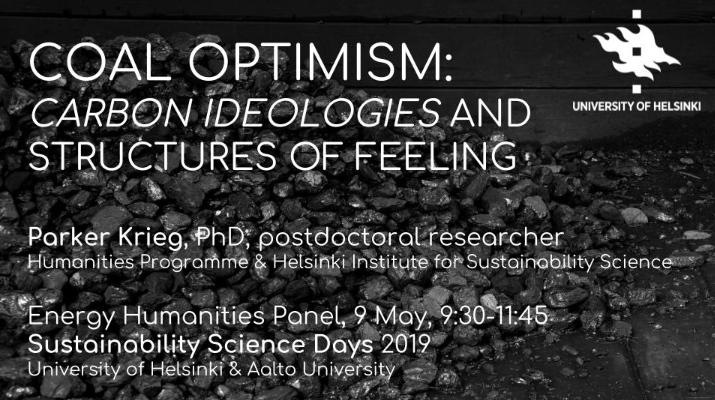 “The Recuperation of the Chernobyl Children and Social Implications”

Dr. Zhukiva is a postdoctoral researcher (2018-2020) in a research project “Images of Conflict, Conflicting Images” (2017-2021, Velux Foundation). Her subproject looks at how images from historical events shape visual representation of contemporary conflicts and how, in turn, digital images produced today change our knowledge about the past. She focuses on the current conflict in Ukraine and how images of two historical events – the Soviet famine and the World War II – shape and are shaped by the visuals produced during the current crisis.

She hold PhD in Political Science (specialization Political Sociology) from Aarhus University (2012-2015) where she focused on media representations of responsibility for managing the aftermath of the Chernobyl nuclear disaster in Belarus and Ukraine since 1990s. She was also a postdoctoral researcher in Gender Studies at Lund University (2017-2018) where she investigated the role of gender in humanitarian programmes for disaster survivors.

The link to her academic profile: 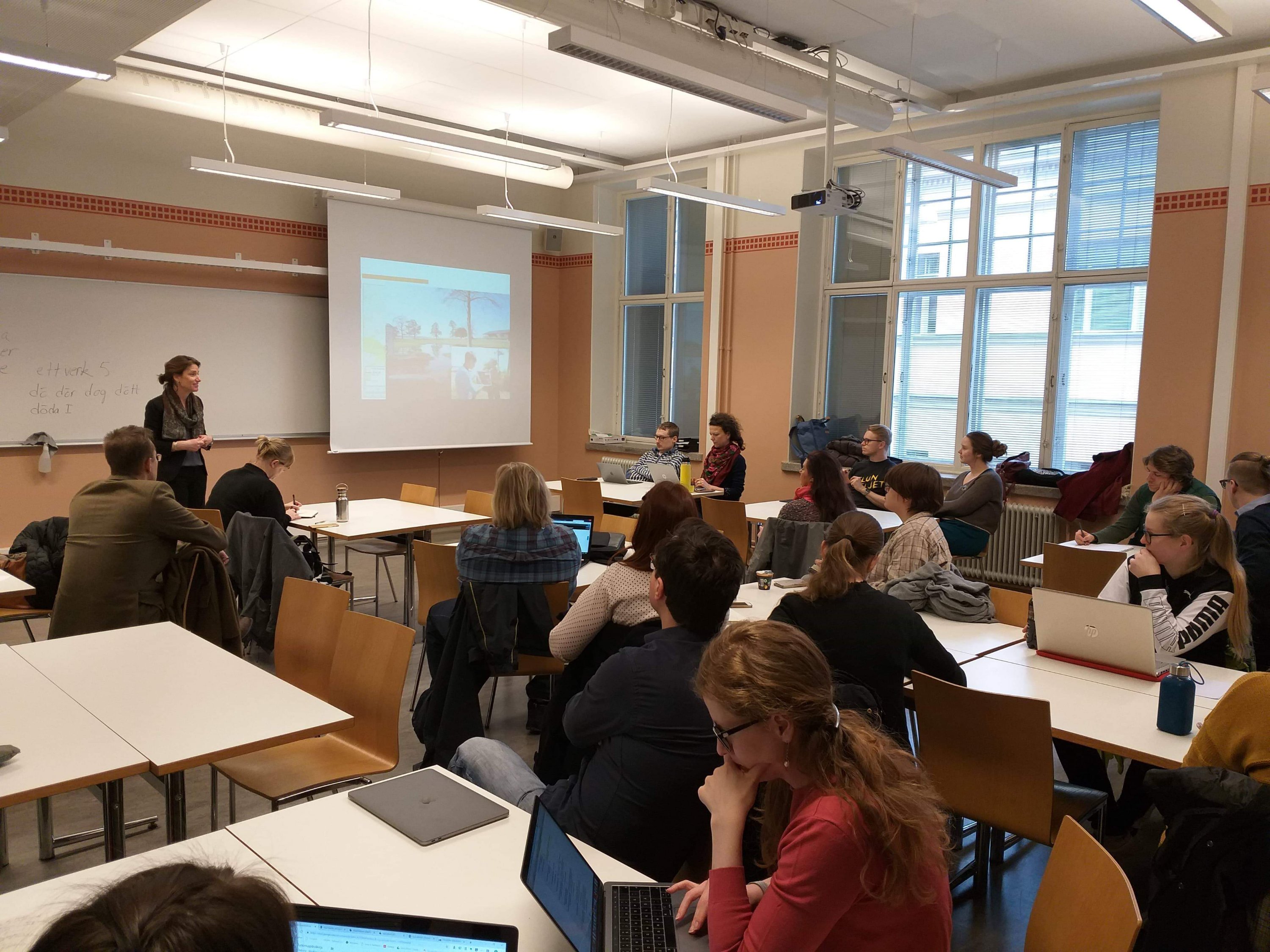 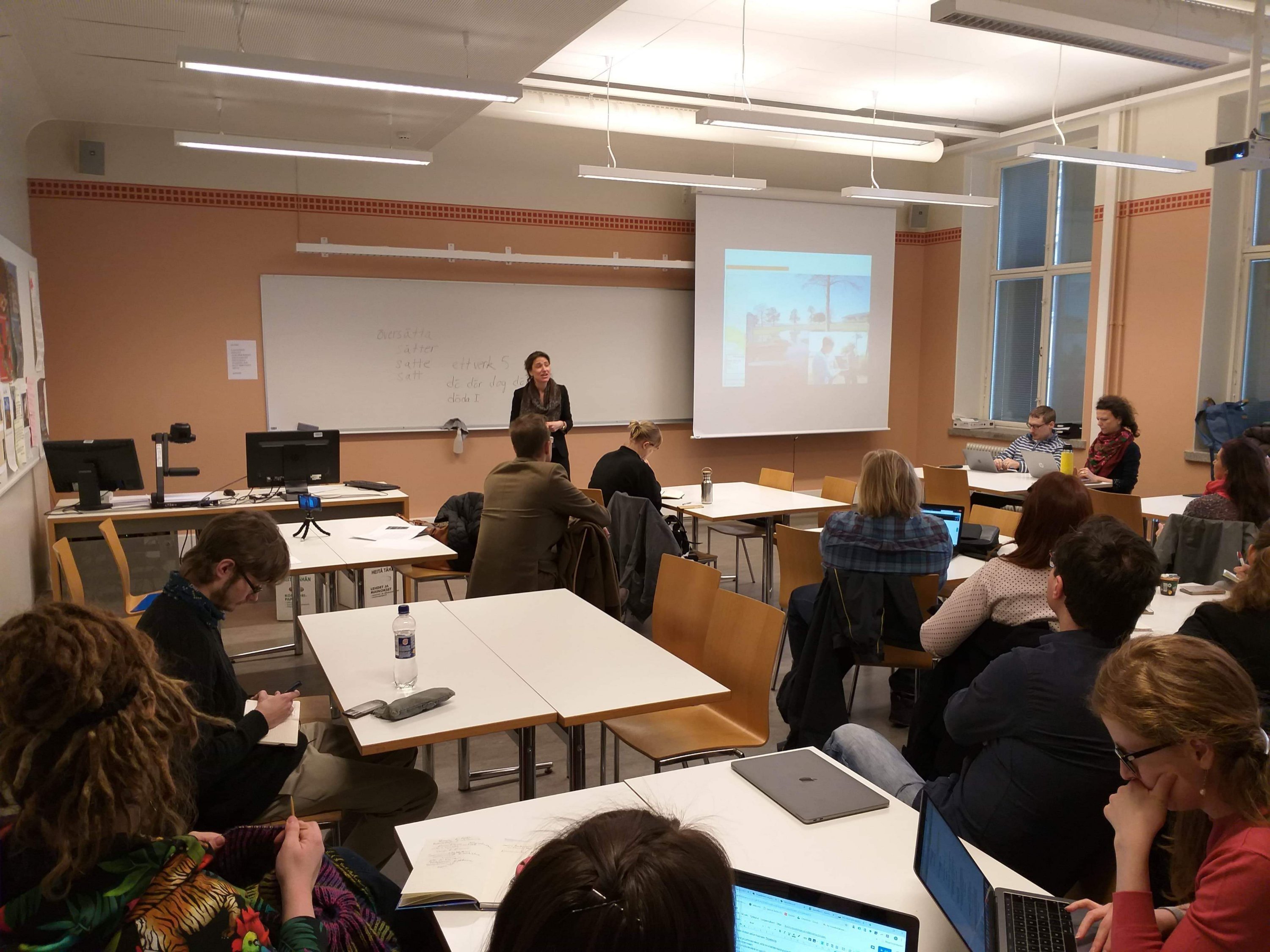 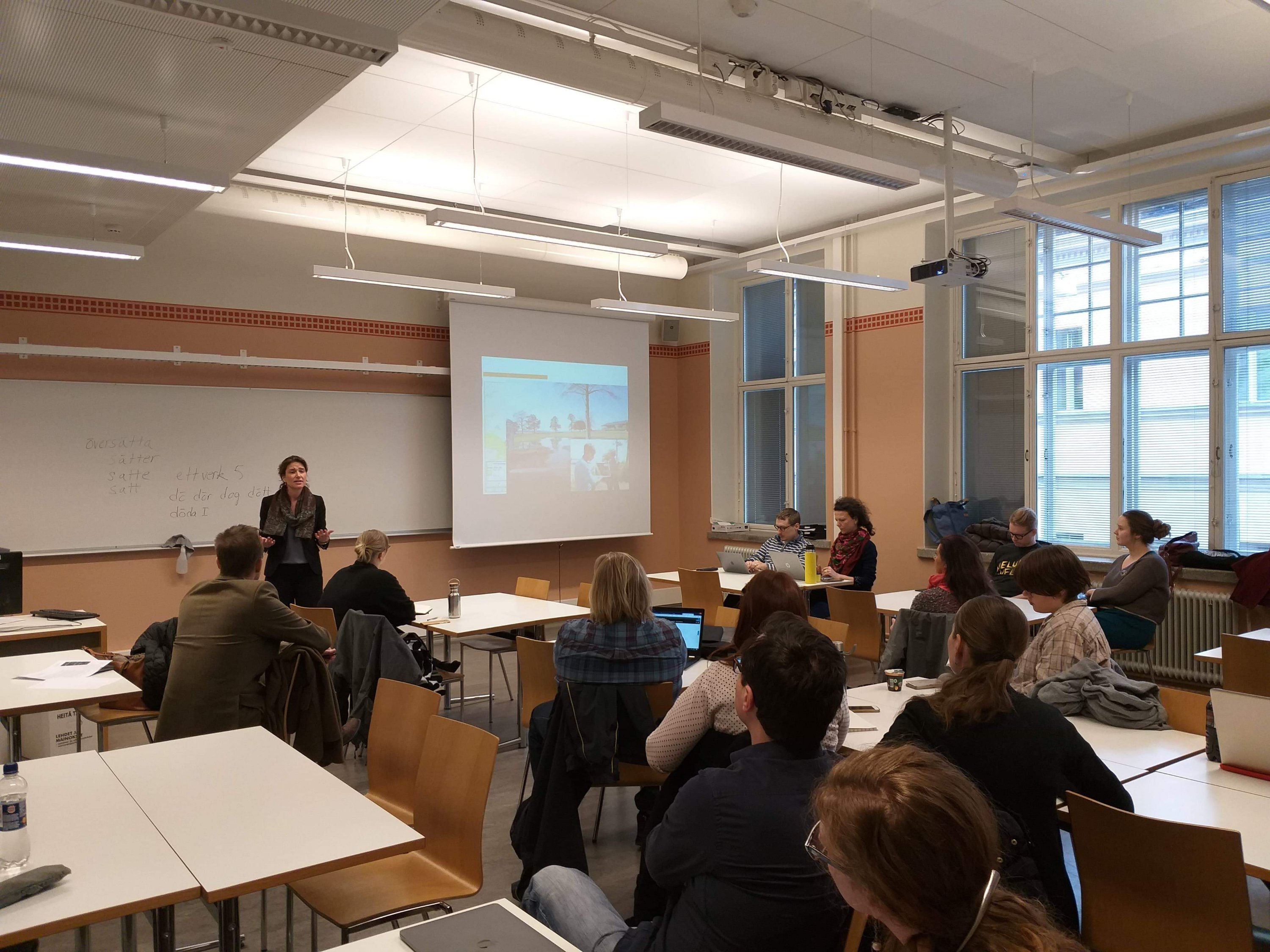 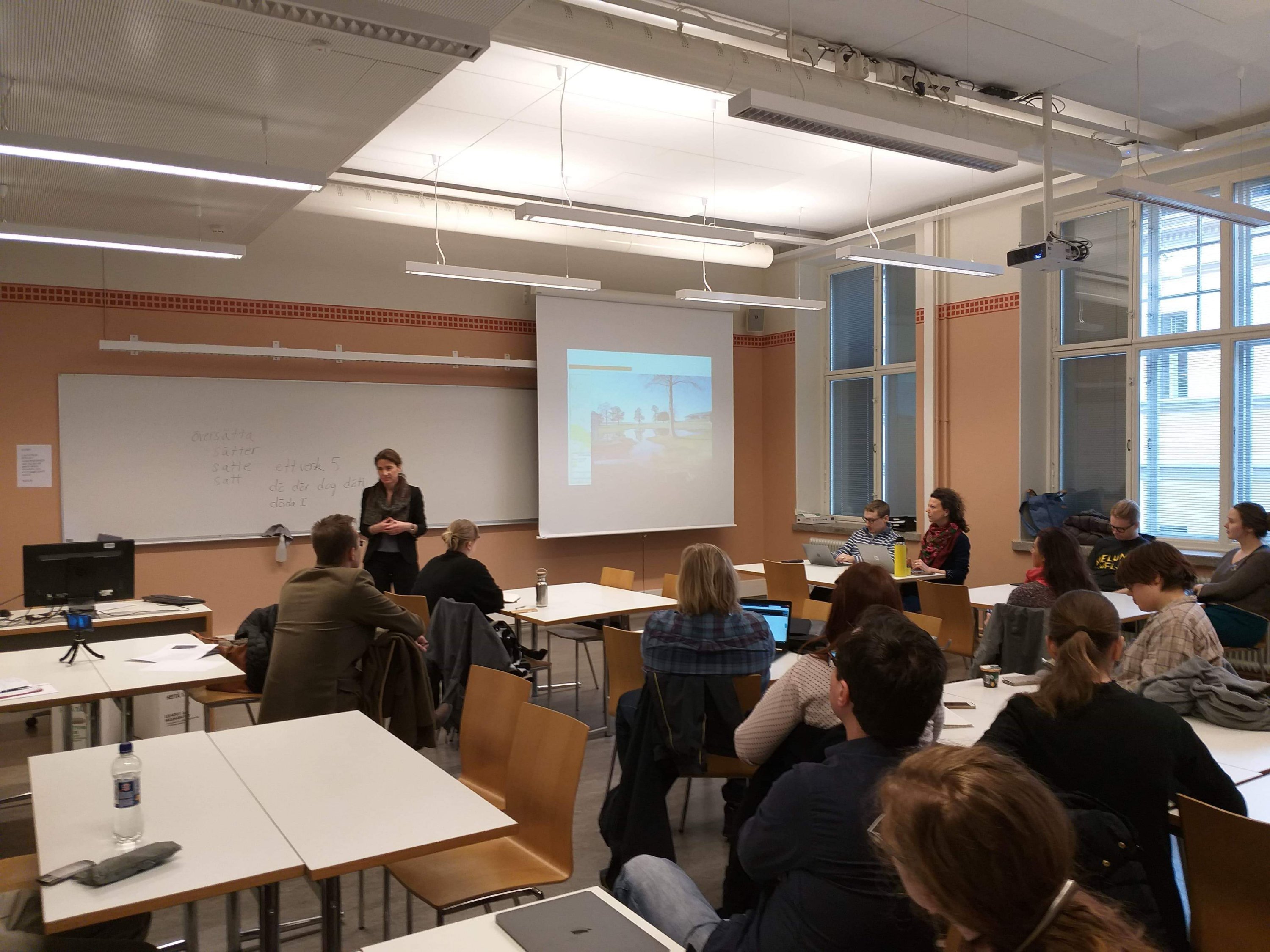 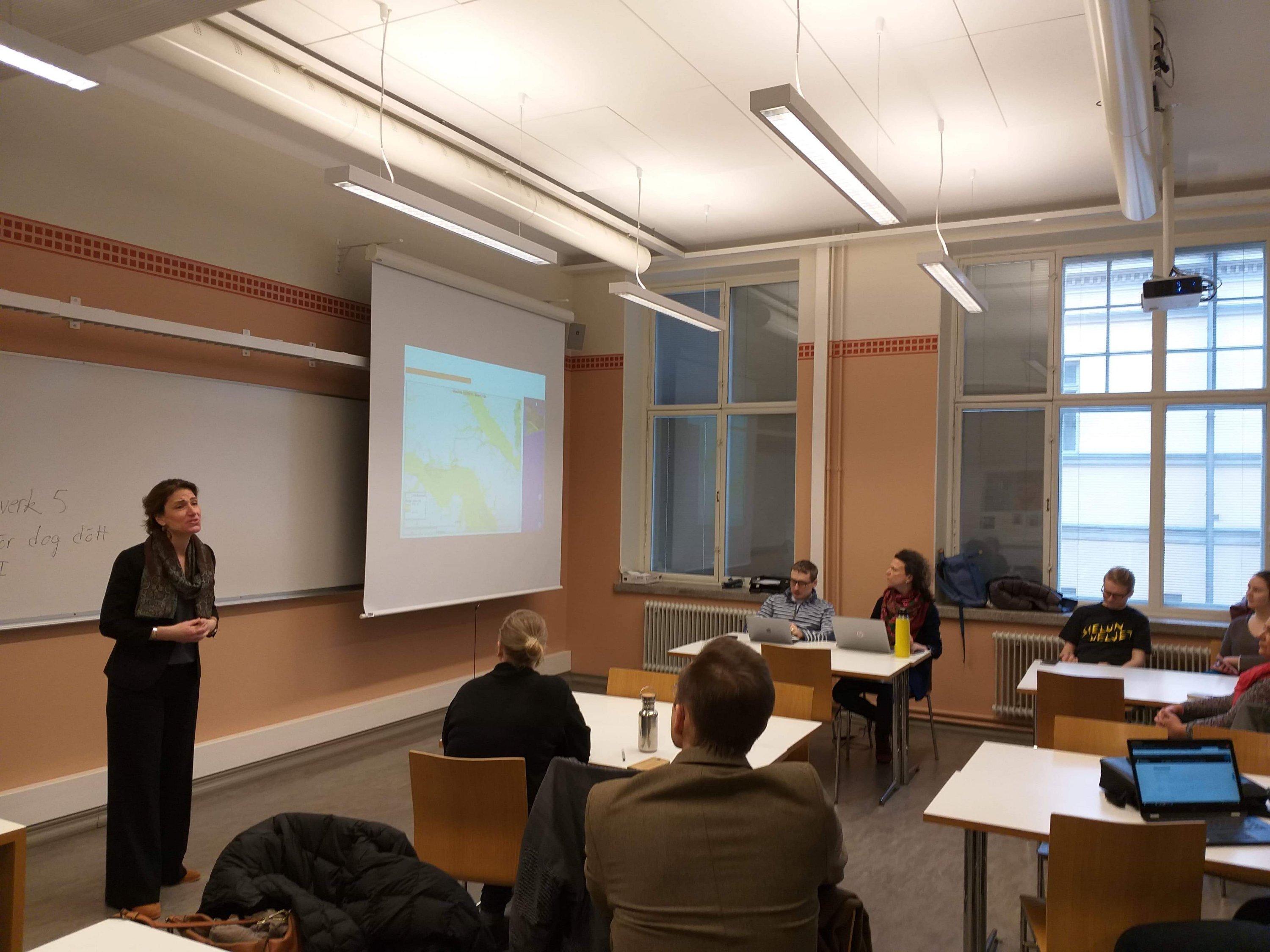 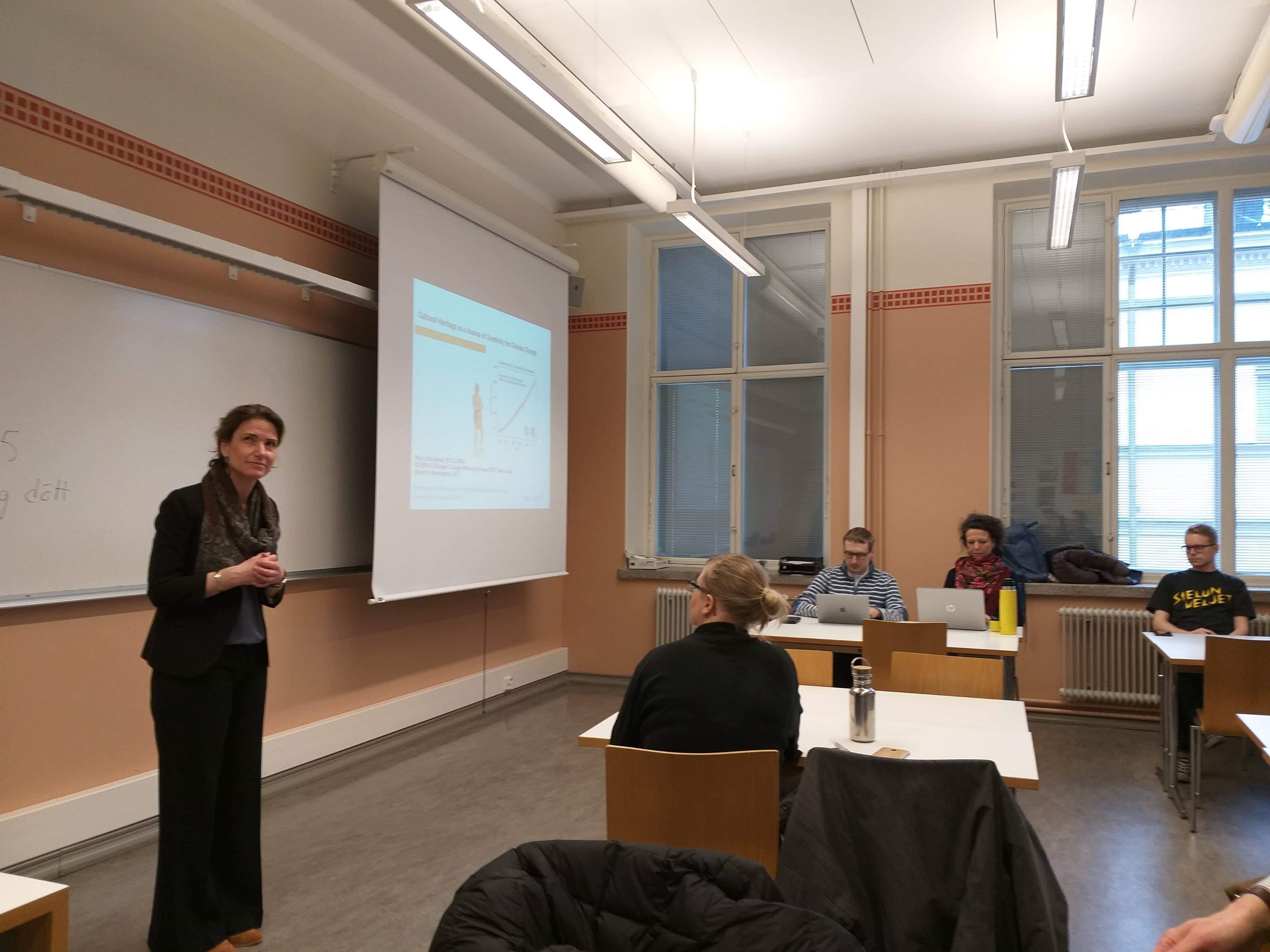 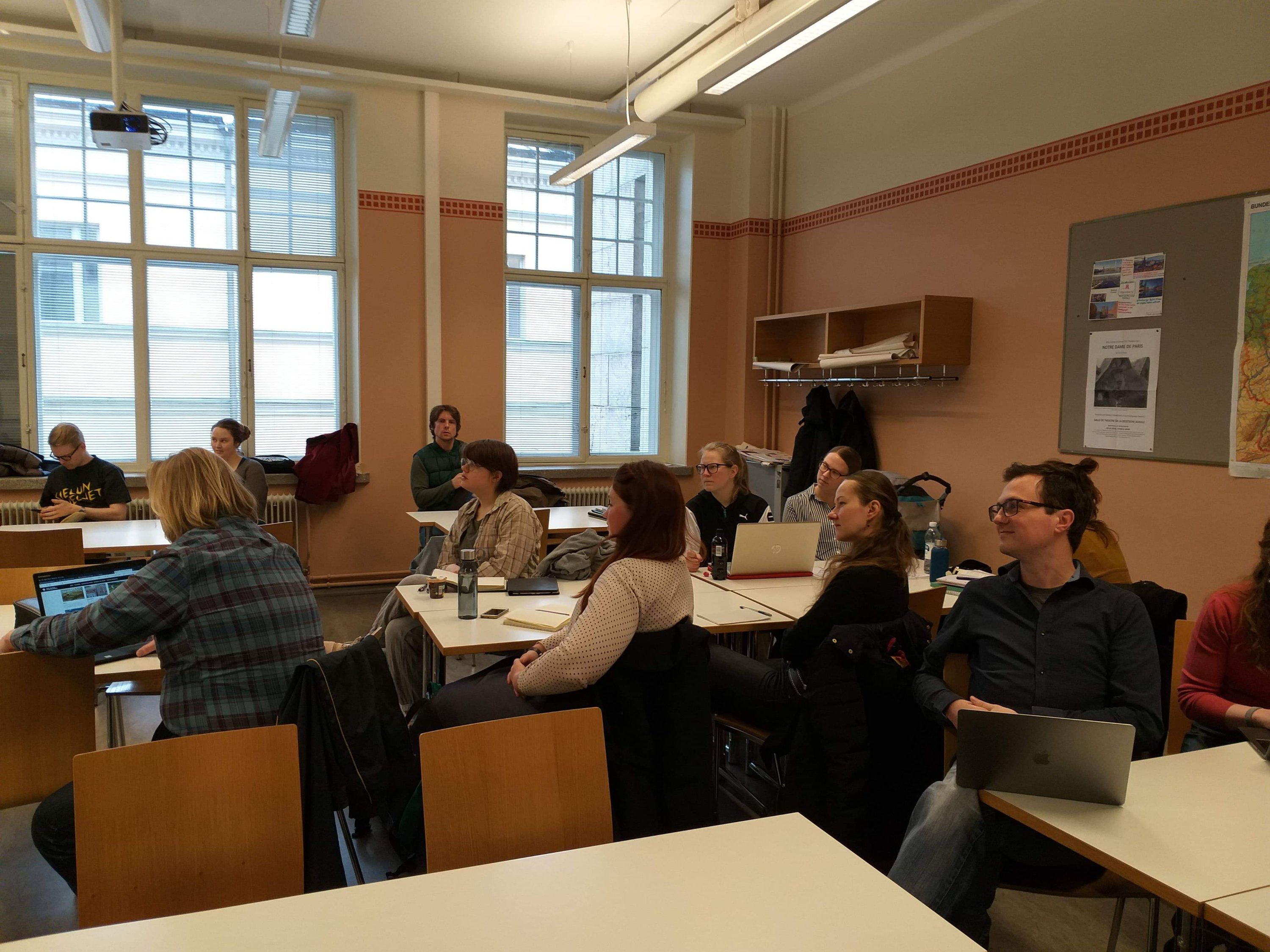 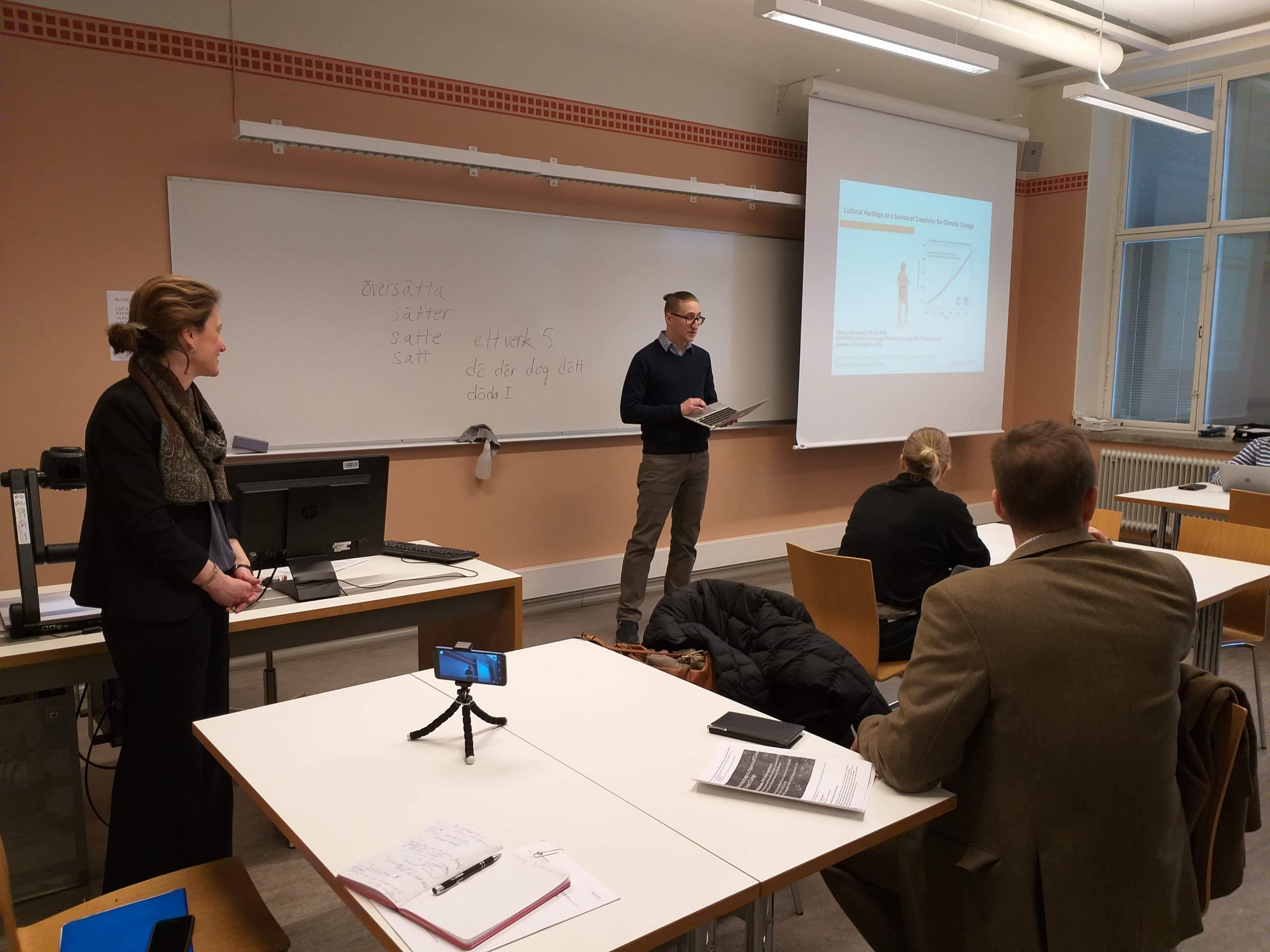 Archaeological heritage is founded in the material remains of the past. And climate change is now putting many of these material remains around the world at risk for damage or destruction. But the strongest connection of archaeological cultural heritage to climate change may lie in the creativity it allows in finding meaningful responses to climate challenges. Drawing on nine years of experience in the US federal government, this presentation outlines three areas of heritage based creativity, including research question matching, climate stories, and community engagement with what matters most.

Marcy Rockman is an archaeologist who studies how humans gather, remember, and transmit environmental information, particularly during colonization. She’s used this research to address situations as diverse as cultural resource management in the American Southwest and homeland security risk communication in Washington, DC. From 2011-2018 she served as the US National Park Service (NPS) Climate Change Adaptation Coordinator for Cultural Resources. She is now working under the auspices of the International Council on Monuments and Sites (ICOMOS) Climate Change and Heritage Working Group to improve incorporation of heritage in reports of the Intergovernmental Panel on Climate Change (IPCC). Dr. Rockman holds a Ph.D. in Anthropology from the University of Arizona, and B.Sc. in Geology from the College of William and Mary. Her major publications include Colonization of Unfamiliar Landscapes: The Archaeology of Adaptation and the NPS Cultural Resources Climate Change Strategy. 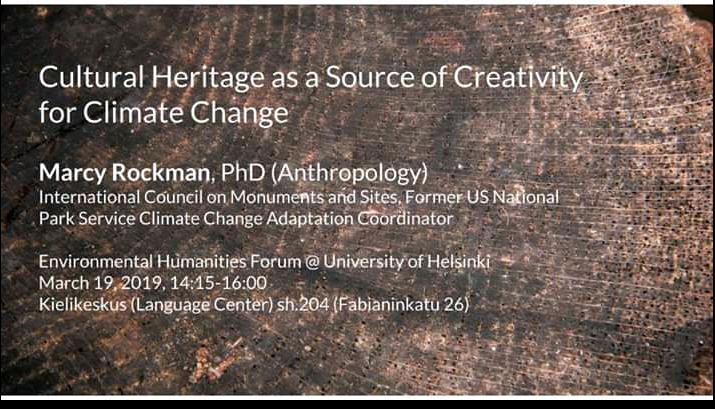 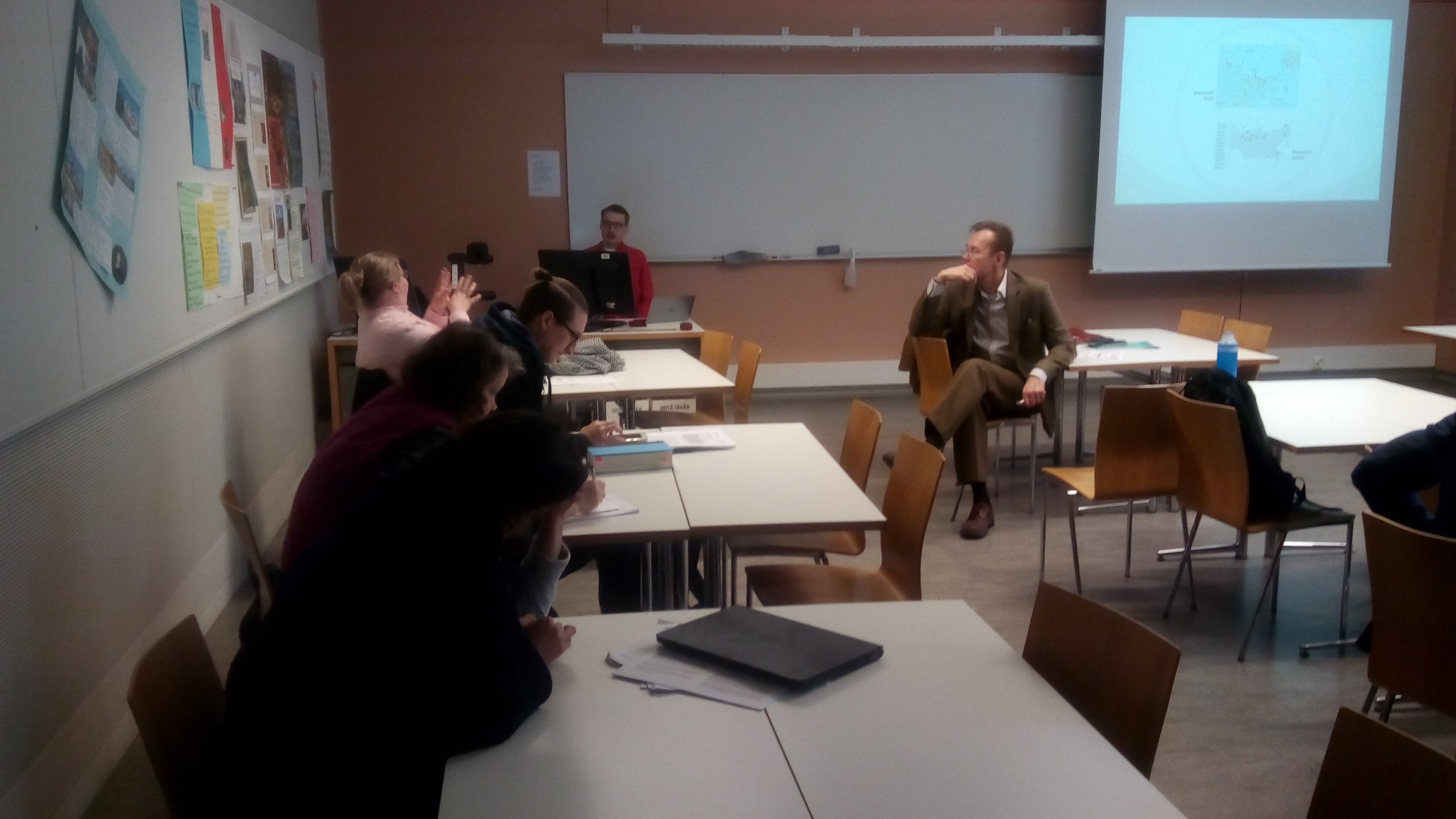 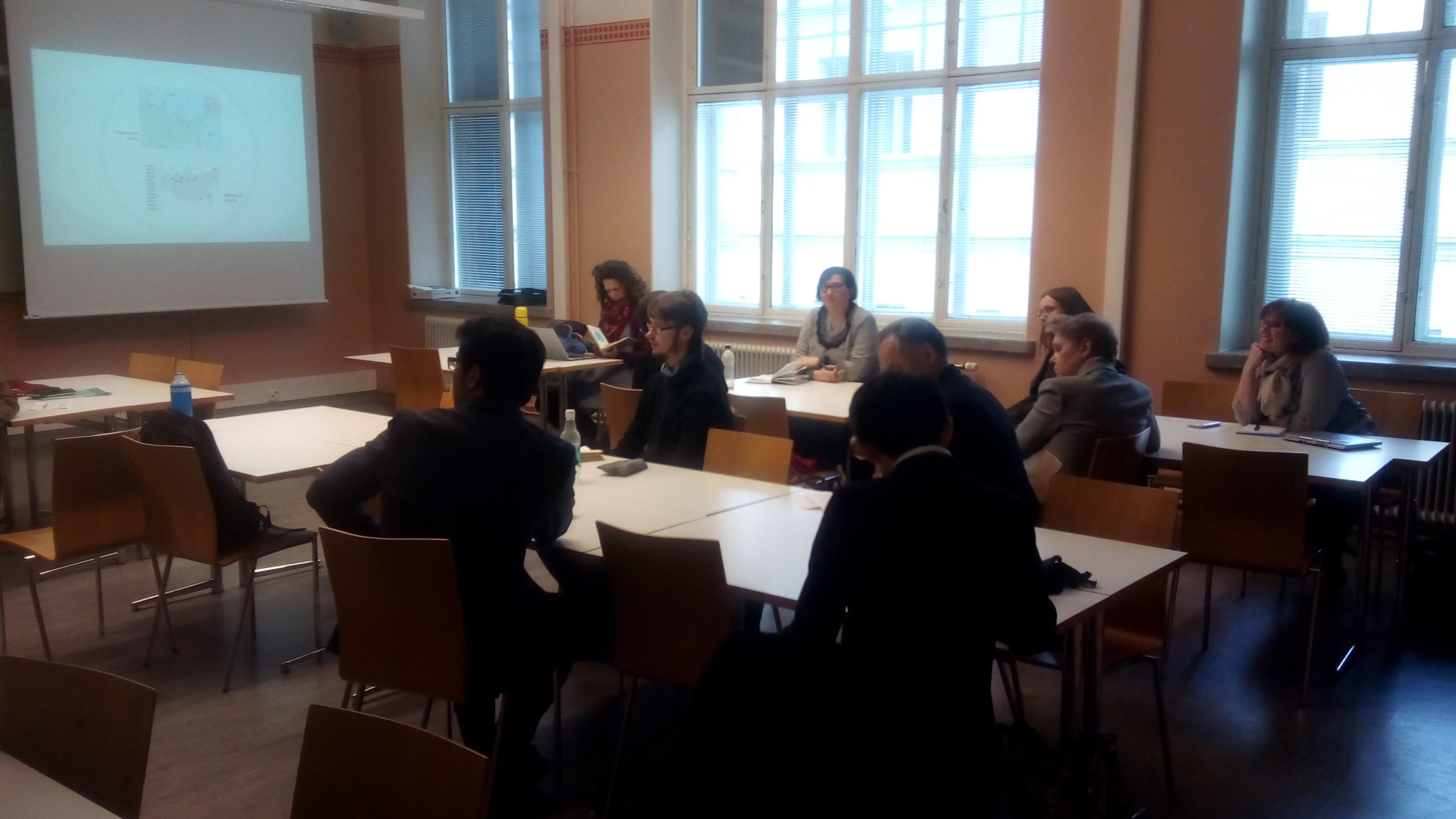 Great talk by Dmitry Arzyutov, KTH Royal Institute of Technology in Stockholm, Sweden on the 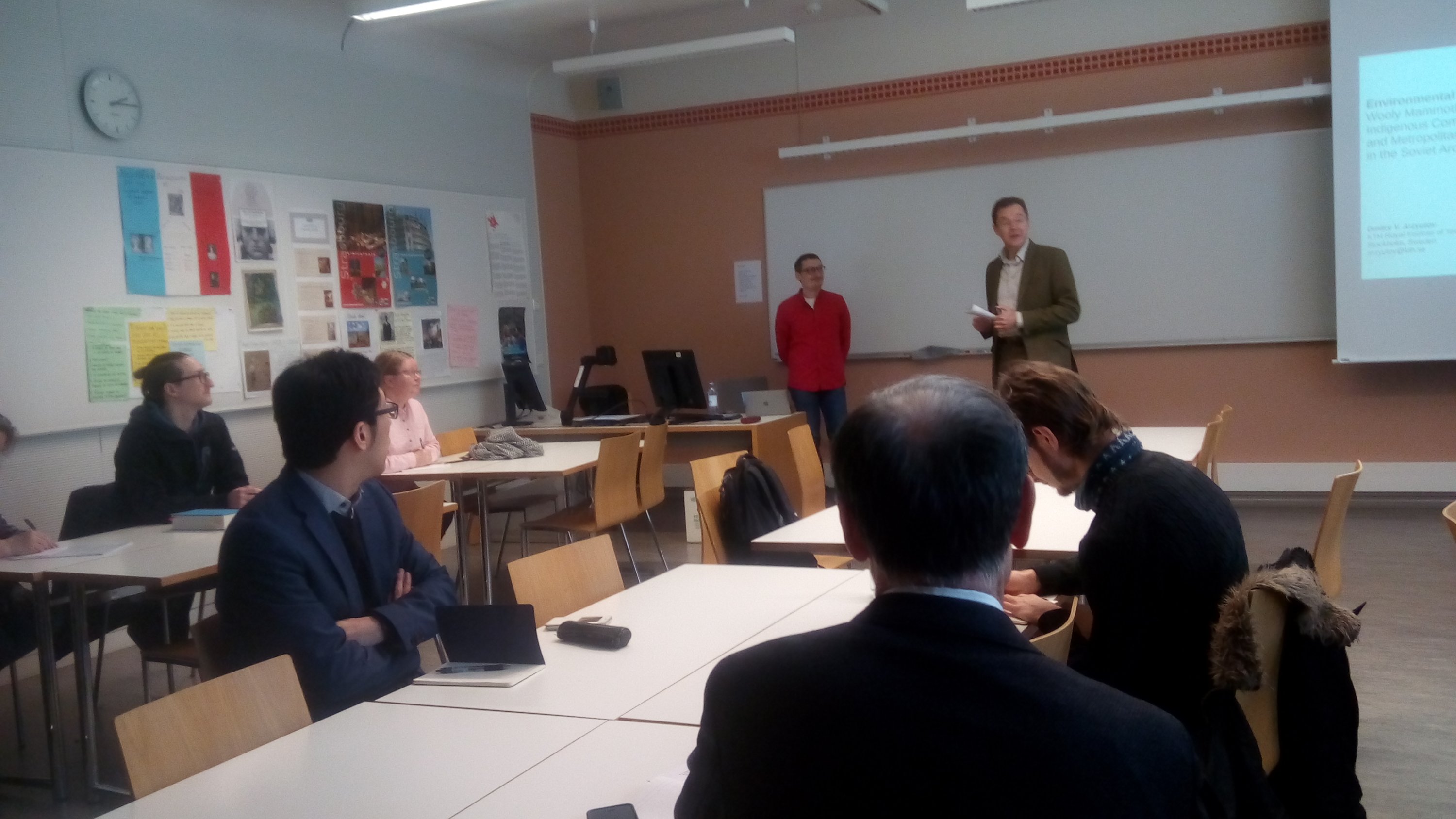 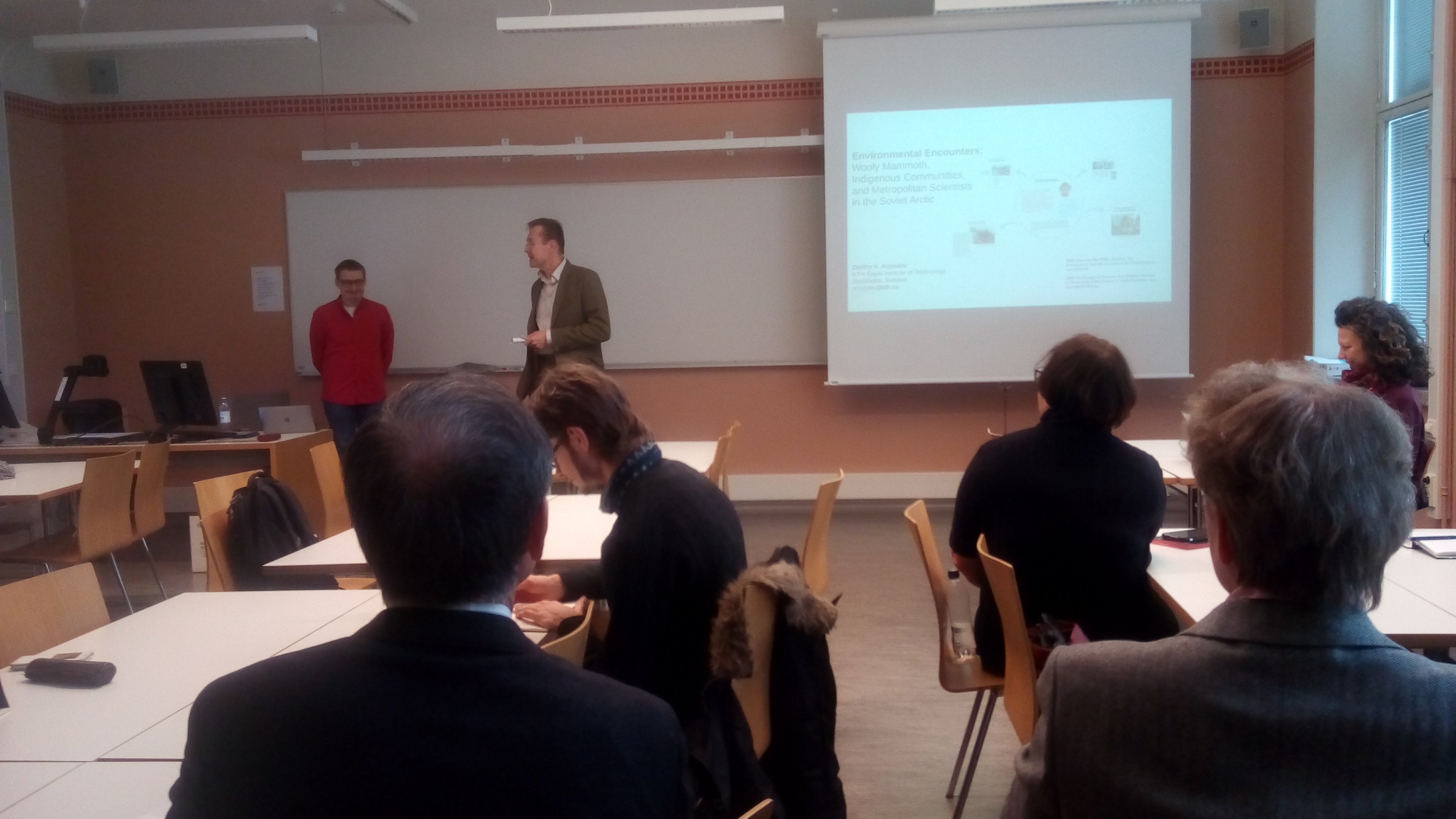 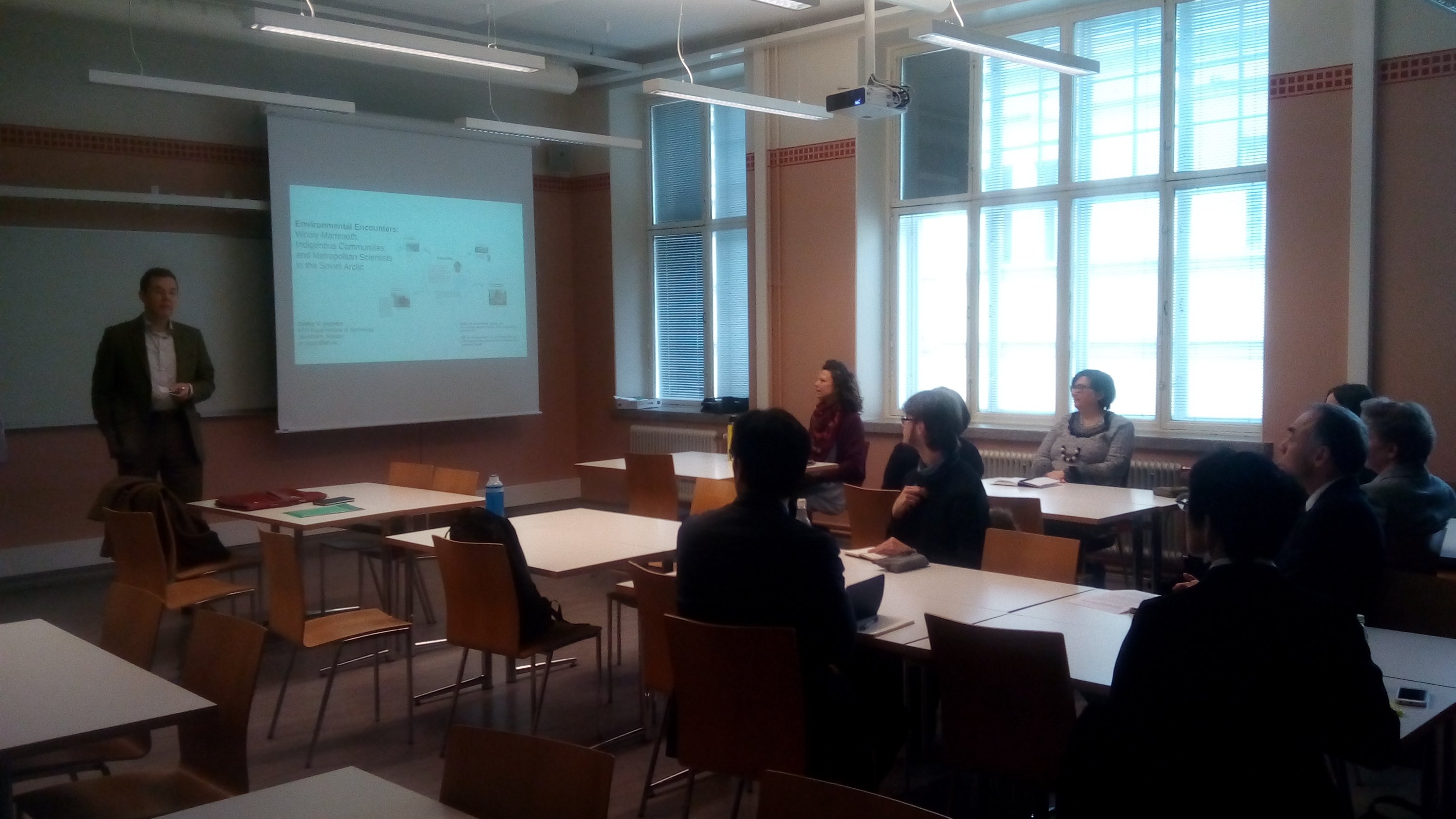 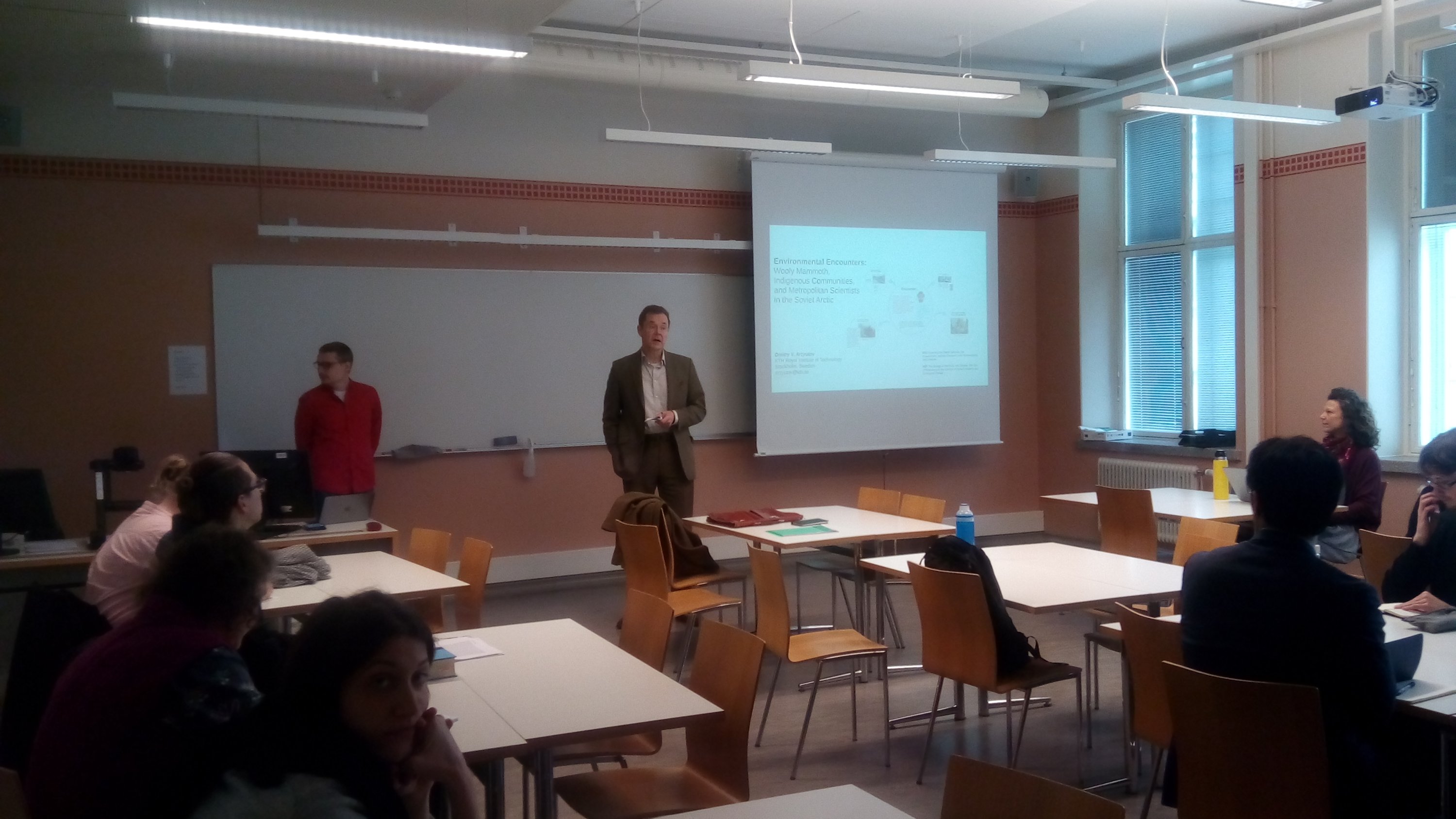 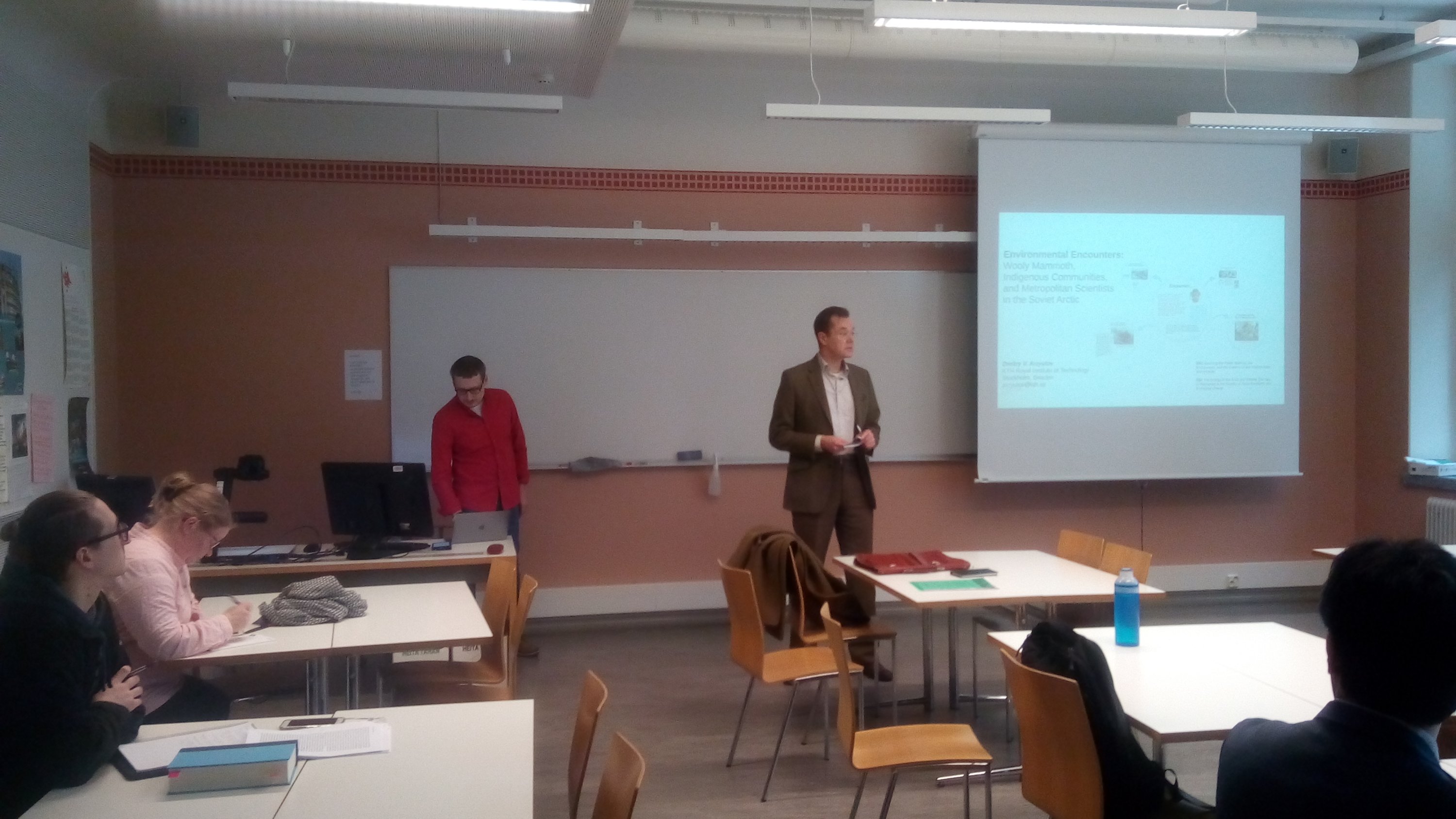 The article deals with the history of mammoth (re)search and perceptions in the Soviet Arctic. Based on published and unpublished sources as well as interviews with scholars and reindeer hunters and herders the author argues that the mammoth as a material paleontological find embodies indigenous sense of belonging to the land, various scholarly models and (academic) geopolitics which encounter each other in different times as well as social, political and natural environments. These encounters shape the temporal stabilisations of knowledge which enable the mammoth to live its post-extinct life. The article combines the approaches of environmental history, history of science and indigenous studies showing the social vitality of a ‘fossil object’. The text is organised around the narratives which crystalize the argument of the article, namely (a) indigenous concepts of the mammoth in the context of mammoth tusk trade and the Arctic exploration, (b) the search of the mammoth as a political project supporting the national building in pre-war Soviet Union, and (c) the mammoth ‘diplomacy’ during the Cold War and its role in shaping transnational networks of collaborations the threads of which go to the modern concepts of the mammoth as a symbol of “Arcticness”. Following the mammoth through all these narratives a reader can see how this ‘fossil object’ has been used and is able to be part of multiple negotiations at various levels.

Dmitry V. Arzyutov is a doctoral candidate at KTH Royal Institute of Technology (Stockholm, Sweden) and Honorary Research Fellow at the Department of Anthropology, University of Aberdeen (UK). He holds PhD in Anthropology (St Petersburg) and is working on his second doctorate in the History of Science and Environment. He has published extensively in Russian, English and French on indigenous religions in South Siberia, environmental anthropology and history of the Russian Arctic, history of Russian/Soviet anthropology in a transnational context, and visual anthropology.

Division of History of Science, Technology and Environment