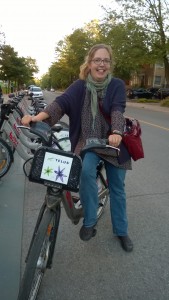 I’m a UK-trained political scientist (BA London, MA & PhD Ideology and Discourse Analysis Essex), active scholar with expertise in science publications and learned societies (board member of TSV). In terms of public engagements, I am visible in the media in Finland and on populism in particular, but I for six years I have engaged in my neighbourghood in Maunula, Helsinki, developing a model of participatory planning and local democracy (2012–2018). Since 2013, I’m also a mother. I believe in transparency in research and society. See my professional website.

OA publications in 2018: Performing the Nation: the Janus-faced populist foundations of illiberalism in Hungary deals with democracy,  populism, and discourse theory. Edited volume Populism on the Loose.

PI of Whirl of Knowledge in European Polarised Societies and Politics (WhiKnow), Academy of Finland programme call project on Media and Society (2019–22). The aim of this interdisciplinary project is to explore what polarises, how and with what emotions in Europe – around the EP elections in 2019 in particular – and to rearticulate the theory of hegemony for an era of hybrid media.

WP leader and researcher in the Academy of Finland funded  consortium Mainstreaming Populism (2017–21) based at the Universities of Helsinki (PI Juha Herkman), Turku and Jyväskylä. This project explores in comparative way how 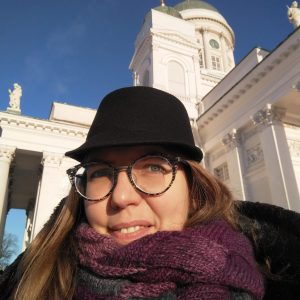 Former research projects: Member of two Academy of Finland funded projects (2012-2016):
Asymmetries in European Intellectual Space at the Department of Political and Economic Studies and Populism as Movement and Rhetoric at the Research Centre for Contemporary Culture, University of Jyväskylä.
Teaching:

I have been teaching Public Policy, Interpretive Policy Analysis, Urban (Cultural) Policy, but my longest running course is Ideology and Discourse Analysis as an Advanced Method. I also have taught Foundations of Political Thinking; BA Seminar in Politics (Spring term). I have taught and am responsible for Comparative Politics and Populism courses at the University of Helsinki. At the Helsinki Summer School, since August 2016 we have a summer course on Rhetoric-performative and post-foundational analysis. I like to teach diverse groups of students, and I took part in the development of WeQ Pedagogy in a Helsinki Challenge team.

I’m an active scholar, promoting open access and e-publishing, and co-operation beyond disciplinary boundaries – particularly in dissemination and discussion of science-based arguments.
Chair of Finnish Political Science Association.
Founder of politiikasta.fi online magazine of the Finnish Political Science Association; founding chair of Society for Cultural Policy Research in Finland.
Vice-member of Board of Finnish Federation of Learned Societies
Former Board Member and chair of Finnish Association for Scholarly Publishing
Human Rights Committee member at the Finnish Academies
Tresurer for Tutkas, Association of Parliamentarians and Researchers at the Finnish Parliament.
Contacts:
Don’t hesitate to contact. I’m happy to answer your calls: if I don’t pick up one, try the other mobile.
Email: firstname.lastname@helsinki.fi
Tel: +358 02941 23571
+358 50 448 2878 (work)
skype: paradiastole
Postal address:
Dept. of Political and Economic Studies
P.O.Box 54 (Unioninkatu 37)
00014 University of Helsinki
FINLAND
Office hours Wed 2-3 pm. In Spring 2017 from 15 January to 10 May, excluding 12 April.
These are updated my website
blogs.helsinki.fi/epalonenSupplementing/Korvaavuudet P260 etc. by email / sähköpostilla.