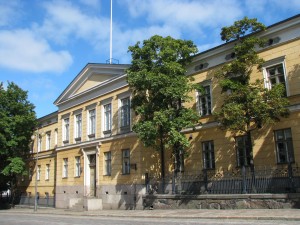 The Aleksanteri Institute is often identified by a photo of its beautiful facade on Unioninkatu 33. What makes the Institute so great are not the grand premises though, but the amazing people who work here.

Since 2008, Aleksanteri News has been publishing a series of profiles called Face of the Month. To date, over 30 Aleksanterians have been interviewed in the series. As part of our 20thanniversary celebrations we decided to re-publish some of those stories. Take a free ride in our time machine during the following weeks to see what Russia and Eastern Europe looked like to our researchers in 2008, 2009, 2010… and how those same people see it today.

A lot has changed as you will see, but most questions that we’ve brought onto the agenda over the years still seem relevant now – maybe even more so.  Did we manage to predict any of the developments? Would it have been possible? Where should Russian and Eastern European Studies be looking now?