The sunflower family (Asteraceae) is characterized by head-like inflorescences (capitula) that resemble single solitary flowers but are typically composed of tens to hundreds of flowers that are often specialized in structure and function. In gerbera, three different flower types are distinguished: the marginal ray flowers, the central disk flowers and the intermediate trans flowers. The presence of different flower types within a single genotype makes gerbera a unique target for developmental and evolutional studies since the traditional model plants for flower development (e.g. Arabidopsis, Petunia and Antirrhinum) bear only single flower forms in their inflorescences. 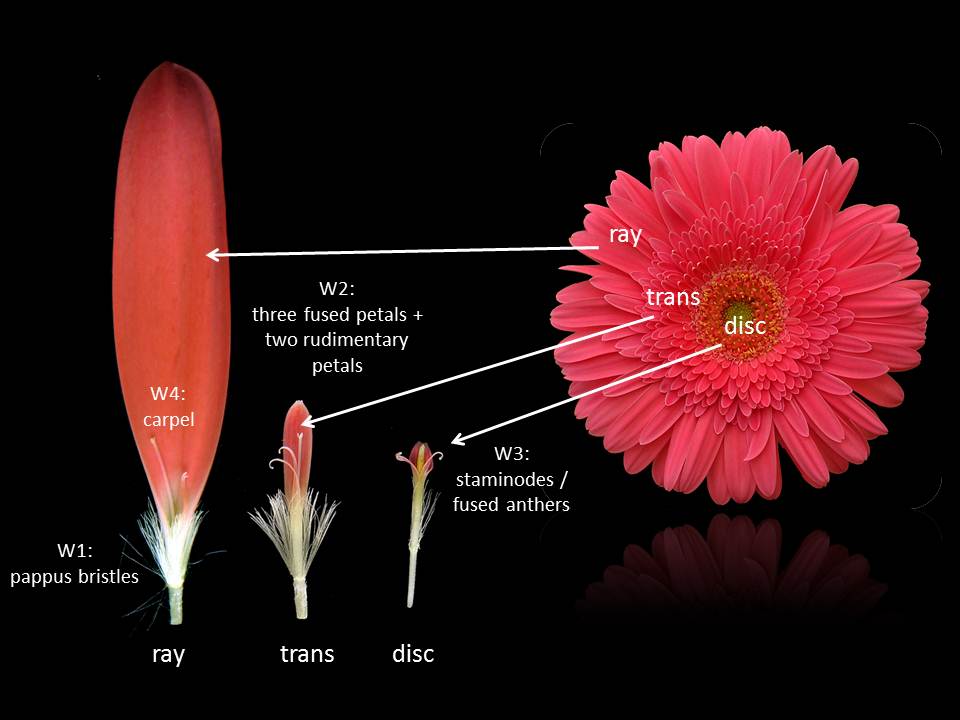 In each three flower types, four whorls of flower organs can be found: