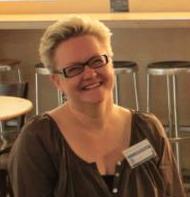 I am interested in how person reference was used to mirror the social hierarchy and to reflect individual social roles and statuses of Early and Late Modern England, in other words, how people refer to themselves and to other people as members of a certain group. I study language as a socio-pragmatic means to convey social identification between individuals and within different groups in public texts, such as newspapers and pamphlets.

My research is partly based on the social identity theory developed by Tajfel (ed. 1982), comprising when and why individuals identify with social in-groups and adopt shared attitudes to members of the out-group (Gumperz ed. 1982; Jenkins 2004). In language use itself, there are several ways to promote social identification, which relate to the linguistic concepts of in-group convergence and out-group divergence.

One of the objectives of my research is to show that shifting between in-group and out-group membership is a central function in the use of person reference terms by extending the scope of research beyond mere nominal reference forms. For example, the additional ‘help’ of possessive pronouns in the group inclusive and exclusive meanings guide the addressee in weighing and recognizing the different kinds of relationships more accurately. Also, deictic demonstratives like this and that can be used to convey not only neutral indexicality, but also positive/negative attitude towards the referent.

I am currently studying person reference in the reports of the Jack the Ripper murders in late nineteenth-century newspapers. Those interested, come to LModE-5 in Bergamo to hear more about it!

More about my research activities can be found here.